My name is Helen Georgaklis. I have been an entrepreneur for over 20 years. I have started up companies in the computer industry, to insurance, to retirement planning, to where I am today- an educator who works with children full-time teaching them how to become authors of their own stories. I have dedicated my entire career as a financial specialist to women, both young and old, in building their own financial wealth. I made a living managing their money, but my work was far more as a counselor than anything financial. This is my story.

I was born an Expo baby, 1967, to Greek parents; my father a Greek immigrant, my mother a first generation Greek born in Canada. I learned early on in life what survival meant, and have been doing just that since the tender age of 5. It’s from that point that I remember the very first beating I got from my father. I was physically abused as a child, to the age of 22, and had spent my adolescent life lying about the welts and bruises I had on a weekly basis right up until I got engaged to be married, but still living at home.

My parents divorced when I was 19, mainly from the violence my mother could not endure any longer. She was a victim as well. When she left my father, I felt compelled and guilty to stay behind and live with him afraid that he would end his life. Pretty ironic given how many times he made me want to end mine.

After I got married at 23, I became pregnant on my honeymoon, came back from the trip, gave birth to my daughter, and my husband left when my baby was 8 months old. It was a disastrous union and produced a file at the local police station whereby every time I called, I didn’t even have to give my complete address. They already knew who I was.  I never pressed charges against my ex for two reasons. One, for the sake of my daughter, hoping that he would maybe become a better father than he had been a spouse, and secondly, because I had neither a job, no savings, and nor place to live, so I needed some financial help from him.

Survival once again, became even that more crucial. My husband completely fell off the face of the earth. My daughter and I survived on our own for many years, getting into the computer business where I first understood what it meant to be an entrepreneur. It meant my daughter being at the store 7 days a week with me as I struggled to build my business. Years went by, and I met a man who asked me to move to Florida. My daughter was 9 years old, and I had thought I finally met the man of my dreams.

Moving to Florida, living with a Marine, was one of the best and worst happenings in my life. It all ended very quickly because he was as controlling and abusive as my ex-husband and father had been. My daughter and I left quickly, came back home again, with no job, no money and no place to live. My mother took us in, and we lived with her for over 3 years while I struggled again to find any job that would help me pay off my $30K US debt I had incurred during my time in the USA.

It wasn’t until my daughter was heading into high school that I realized I needed to establish a career that would allow me the freedom to come and go as I pleased, given how necessary it was for me to be there for my adolescent daughter. There was nothing simple, and no easy answer, but I knew I had to do something, and quick.

When I first started my career as a Financial Specialist, I spent 12 hour days making one cold call after the other trying to build my business.  I built a book valued at over $25 million, working part time in less than 5 years. In my many financial dealings with women, I realized that many of us don’t know enough about money. Yes, we can pay bills, but that’s not nearly enough. Our relationship with money is a mirror image of how we relate to everything else around us. But ladies, we need to educate ourselves when it comes to finances. It’s a must.

My struggle to survive through physical abuse, mental abuse, being molested, raped at 16, gone through years of alcohol abuse, and a very bad eating disorder (which I still struggle with today), it all became clear to me. It became clear as day why I had been through what I had; to turn it around and reach out to all the other women in this world who have a similar story.

Throughout my struggle with bulimia that started at the age of 19, I ballooned to over 250 pounds. The abuse that I endured during that time from cruel cashiers at grocery stores, to sales clerks who gave me dirty looks, made my fight that much stronger. We judge people when they are overweight. I was guilty of it; we’ve all been guilty of it! Never again have I judged anyone who may not appear to what we may think is “the norm”.

But back to the story. Once again, 11 years ago, I thought I had met the man of my dreams. Having been a professional football star, in the USA and going into retirement, he kept saying how he wanted to settle down and raise a family together. I don’t have to tell you, that coming from a Greek background and dating an African American NFL player did NOT go over too well. My relationships with my entire family fell apart! Except for our matriarch, my 95 year old grandmother who met my very handsome man and just giggled at his height! (He measures 6’8” tall and weighs 350lbs!). But we decided to start our family.

I got pregnant and went on to give birth on November 30th 2006 to a healthy 8.5 pound baby boy. His father watched, held him and then 2 days after he was born, left, never to look back, not even for a moment. He left without offering a penny for his newborn son, nor an “I’m sorry” or an explanation to me. This was a man that I had financially supported through my pregnancy as he began to adjust to the concept of having to figure out what to do with his life after retirement from football. He had turned and walked away to begin building a life with a stranger he had met at a club.

Overnight I was in yet again, for the fight of my life. To survive life with a newborn, and a teenage daughter, with no help, financially, physically, or mentally. He left me in a position that brought me to the brink of bankruptcy. I resorted to lying and stealing formula and diapers. I couldn’t even breastfeed because the stress caused my milk to stop. I was up every 3 hours to feed my son and all I would think of is how to end my life. I had not at all planned on being left like this. This was not supposed to happen, again! This one hit me hard.

So once again, survival at this point was crucial. It was a life or death situation. I fought back, I fought hard, and I’m here today, to tell every single woman out there who has been left hurt, broken-hearted, with empty pockets that you can do WHATEVER you want to do. YES YOU CAN! But you have to believe and you must never quit. I don’t have that word in my vocabulary. I am here for the sole purpose of wanting to erase poverty amongst women, whether they are single or not, because in the end, we are all emotional beings that sometimes just get tangled up in the web. We MUST take care of ourselves, PERIOD.

So fast forward to today.  I am the proud mother of a 21 year old daughter, and 6 year old son. Before I became a parent, I was on a path of self destruction, and didn’t care if I saw tomorrow. I have lived with enough pain to last me several lifetimes. But today, I care. My children are my oxygen and my reason for living. Without them, I don’t know if I’d be here writing this blog post. I thank God everyday for what I have, and am eternally grateful for my 2 gifts. And because they are here, I want them to be proud of who they are, where they came from, and to always help others no matter what they are going through.

Determination, focus and a lot of prayer has allowed me to tell my story, and reach out to all those who feel they just can’t go on. Dreams can come true, you can survive, and tomorrow can be a better day.

To the ladies in my life, they have played a bigger role in my survival than they will ever know. Institutions may call my ladies “clients,” but they were the reason I kept going. Every time I was able to shine a brighter light on a woman’s financial future, it made everything that I had gone through worth it. It was therapeutic for me. As much as I helped women build a proper retirement, they helped me heal.

To all who said I can’t and to all of those people in your life who say you can’t, I’m here to say you can. Sometimes life is like a game of poker, and you aren’t always dealt the best hand at the table. You have to bet that you can get through being dealt the worst hand, and make it the best hand it can be.

You don’t have to be a hero. You just have to take it one step at a time, keep at it and don’t ever give up. And to all the single women and moms who are without a Valentine today, this one’s for you. You can be your own hero and cheerleader. I am living proof. 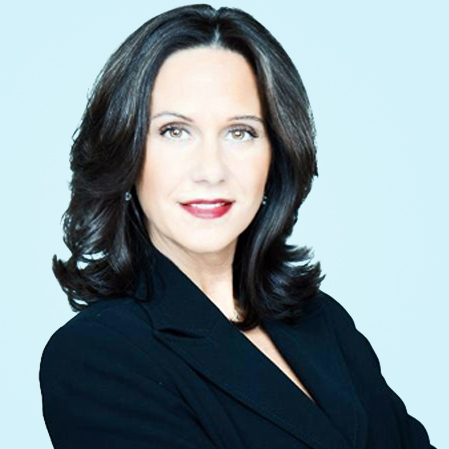 Helen Georgaklis is the founder of my 99 Book Series (www.99-series.com). Today, Helen spends her days working with children from all over teaching them to write children’s books, building a new category of books with the youngest authors. The Kids Write Club is a literacy program that was created thanks to the research and knowledge she earned building the 99 Series, LLC.  She is the proud mother of a 21 year old daughter graduating University, and her 6 year old son.

I hope Helen’s story has touched you, inspired you, and made you appreciate all you have. I hope her message of hope, determination and resilience will stay with you in your hearts on Valentine’s Day, and beyond. If you have any comments or questions for Helen, I encourage you to post them right here. Happy Valentine’s Day to ALL – single and otherwise Wishing you love and laughter today and always.

The Global GET OFF THE FENCE Movement

Wordless Wednesday: Making The Best Out Of Any Situation