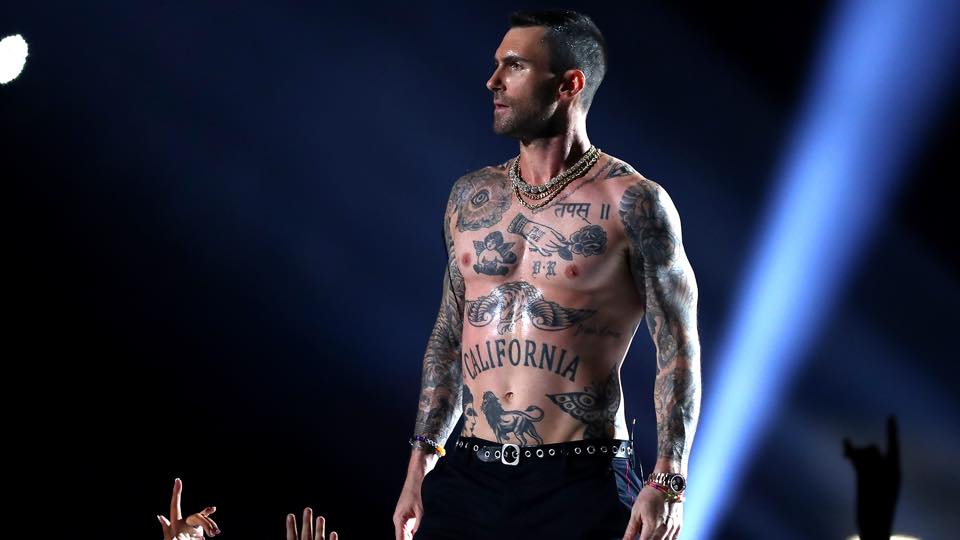 Guys, I really wanna discuss this. This is the dark side of social media/fame and what I find the disappointing side to social media.

I read headlines this morning like, “Adam Levine and Maroon 5 performance seen as boring and safe,” and “Fans are destroying Maroon 5 for their halftime Super Bowl performance,” and “Maroon 5 out of 10.”

I guess when you take the world’s largest stage, you subject yourself to the good, the bad and the ugly. I get that. I just always feel like the critics are given too much power. The critics can remain nameless and faceless with the power to tear away at someone else’s self esteem, without even leaving the comforts of their own room.

It reminds me of life- when you put yourself out there, when you risk, it doesn’t always go according to plan. Trust me, I know this one first hand. But I have more respect for those who TRY than those who stay safe and do nothing. It takes BALLS to risk. So, I am somehow protective of Adam Levine this morning. I get it though, he doesn’t need my protection- he’s a big boy.

But seriously, don’t you find that it’s always the ones who don’t risk, or who haven’t taken a chance and fallen yet, who are the most guilty of “judgey” behavior. Yes, after working with people for two decades, I can tell you, it’s the people who are out there risking, falling or failing, and then trying to get back up, who judge others the least.

Anyone who risks, is humbled by life. And they are never as quick to judge.

My favorite quote is appropriate today, “It is not the critic who counts; not the man who points out how the strong man stumbles, or where the doer of deeds could have done them better. The credit belongs to the man who is actually in the arena, whose face is marred by dust and sweat and blood; who strives valiantly; who errs, who comes short again and again, because there is no effort without error and shortcoming; but who does actually strive to do the deeds; who knows great enthusiasms, the great devotions; who spends himself in a worthy cause; who at the best knows in the end the triumph of high achievement, and who at the worst, if he fails, at least fails while daring greatly.” – Theodore Roosevelt

And finally, guys- you can’t compare Janet Jackson’s nipplegate to this- it is absolutely acceptable for men to go shirtless (think man’s vs. woman’s bathing suit). No biggie…

Mindset and the Power of YET