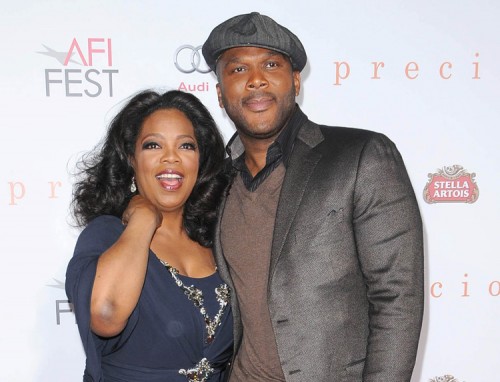 Tyler Perry is an American director with a net worth in the hundreds of millions. He is the only film maker to have 5 films open #1 at the box office in the last five years beating out the likes of Steven Spielberg, Martin Scorcese, James Cameron and Quentin Tarantino. His 8 films have grossed more than $418 million dollars, each film cost less than $10 million to make (CelebrityNetWorth.com).

He also came on The Oprah Show last week and opened up about being physically abused and sexually molested three times before the age of 10. After enduring constant violent beatings from his father, he was also molested at age 5 by a neighbor, then molested by a male nurse from his church, and finally by his friend’s mother– they had intercourse when he was 10.

Click here to watch Tyler Perry discuss the unthinkable acts of horror he endured for years at the hands of his father, at such a tender young age.

Oprah: And yet, I know you still take care of him.

Oprah: You still send him a check every month. You still have him living in a beautiful mansion in Louisiana. You still provide for him.

Tyler: I do. Because I forgave him. I had to.

Here’s the “On The Fence” question: Would YOU forgive? HOW do you forgive?

Women Would Rather Talk About Their Sex Life Than Their Finances