I have studied happiness for many years. I think everyone could benefit from a happiness project. 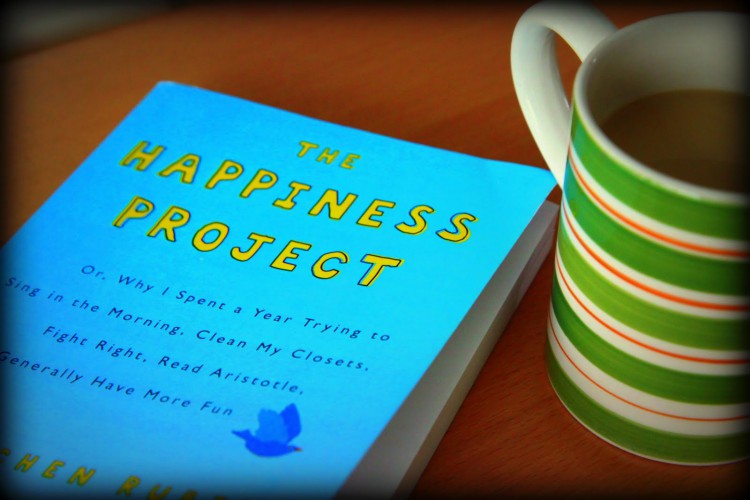 But there’s also a sad side to a happiness project, which comes directly from the first and most important of my Twelve Commandments: “Be Gretchen.”

Many of the things that have brought me happiness since I started my Happiness Project came directly from my attempt to do a better job of “Being Gretchen.” For example, this blog. My children’s literature book group. My Boy Castaways of Black Lake Island project.

But being Gretchen, and accepting my true likes and dislikes, also means that I have to face the fact that I will never visit a jazz club at midnight, or hang out in artists’ studios, or jet off to Paris for the weekend, or pack up to go fly-fishing on a spring dawn. I won’t be admired for my chic wardrobe or be appointed to a high government office. I love fortune cookies and refuse to try foie gras. 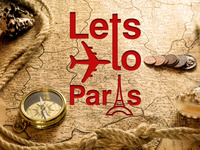 It makes me sad for two reasons. First, it makes me sad to realize my limitations. The world offers so much!–and I am too small to appreciate it. The joke in law school was: “The curse of Yale Law School is to try to die with your options open.” Which means — at some point, you have to pursue one option, which means foreclosing other options, and to try to avoid that is crazy. Similarly, to be Gretchen means to let go of all the things that I am not — to acknowledge what I don’t encompass.

But it also makes me sad because, in many ways, I wish I were different. One of my Secrets of Adulthood is “You can choose what you do, but you can’t choose what you like to do.” I have a lot of notions about what I WISH I liked to do, of the subjects and occupations that I wish interested me. But it doesn’t matter what I wish I were like. I am Gretchen.

People judge us; we judge ourselves.

And the Happiness Project makes me sad for another reason. Just as I must “Be Gretchen” and accept myself, strengths and weaknesses both, I must also accept everyone around me. This is most true of my immediate family.

It’s very hard not to project onto your children everything you wish they would be. “You should be more friendly,” “You would love to be able to play the piano, why don’t you practice?” “Don’t be scared.”

And it’s even harder to accept your spouse. A friend told me that her mantra for marriage was “I love Leo, just as he is.” I remind myself of this constantly. I wish the Big Man got a big kick out of decorating the apartment for the holidays and that he was more eager to pass out gold stars, and sometimes it makes me sad to realize that he won’t ever be that way. I’m sure he wishes that I were eager to go camping and that I had a more peacable nature. But I love him just the way he is, and I’m a lot happier when I don’t expect him to change. The fact is, we can change no one but ourselves. 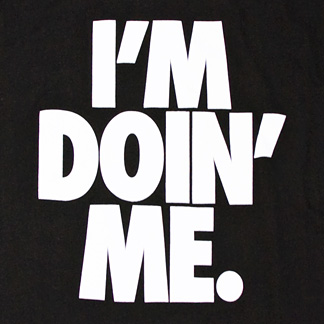 That’s another paradox of happiness: I want to “Be Gretchen,” yet I also want to change myself for the better.

Now, you might say again, “Why does all this make you sad? Rejoice in what you are; be authentic,” etc., etc. But it does make me feel sad sometimes. It does. 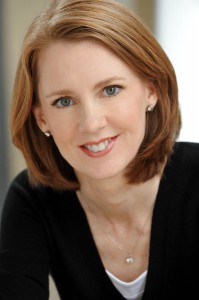 Gretchen Rubin is the author of several books, including the #1 New York Times and international bestseller, The Happiness Project—an account of the year she spent test-driving the wisdom of the ages, the current scientific studies, and the lessons from popular culture about how to be happier. On her popular blog, The Happiness Project, she reports on her daily adventures in the pursuit of happiness. 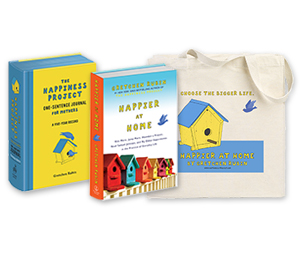 In her next book, Happier at Home, Rubin embarks on a new project to explore how to make home a happier place. Starting in September (the new January), Gretchen dedicates a school year—from September through May—to concentrating on the factors that matter most for home, such as possessions, marriage, time, parenthood, body, neighborhood. The book’s title was inspired by a line from Samuel Johnson: “To be happy at home is the ultimate result of all ambition.”

Rubin has emerged as one of the most thought-provoking and influential writers on happiness to have emerged from the recent explosion of interest in the subject. Though her conclusions are sometimes counter-intuitive—for example, she finds that true simplicity is far from simple to attain, and that used rightly, money can do a lot to buy happiness—her insights resonate with readers of all backgrounds.

A graduate of Yale and Yale Law School, where she was Editor-in-Chief of the Yale Law Journal and winner of the Edgar M. Cullen Prize, Rubin started her career in law, and she was clerking for Justice Sandra Day O’Connor when she realized she really wanted to be a writer.

Raised in Kansas City, she lives in New York City with her husband and two daughters.

I love Gretchen’s candid and honest take on the paradox of happiness. And so I ask you: Do you ever wish you were different? Does who you are ever bring you sadness, when in fact, it should bring you happiness? What do you know about your happiness?

How To Get Your Marriage To SIZZLE And Not FIZZLE (VIDEO)