It feels like just yesterday I was wearing big hair, jelly shoes and bracelets, rolled sleeves on my jacket, and running around with boys that turned up their collars and wore football jerseys in town on the weekends. How did I wind up sitting at a Mexican restaurant next to a mature gentleman with touches of silver around his temples, on my first date in NINETEEN years? It was beyond bizarre.

No dreaming of a white dress and a huge wedding; I’ve already done that and so has he. Neither are wondering what a child would look like if we had one together; our child-bearing eras are over. He’s not sweaty and nervous when he kisses me or asks me on a date; anyone single and older than forty generally knows what they’re doing. Not only has he asked hundreds of women out in his lifetime, he’s also popped the question a time or two. While I had once dated boys, dating an actual ‘older’ man, one with a deep voice and the ability to grow a full beard is both thrilling and strange. This guy has a job, a mortgage, ex-wives, grown children and even a grandchild. What am I doing?

As a dating-happy teen, I could just grab my (Guess) bag and run out the door. At age forty and divorced, it’s getting home from work exhausted and bewildered at the mess early-morning dashers left behind, then rides to sports practices and slapping dinner on the table before I can even think about that night’s wardrobe or what I’m going to do with my hair.

It’s trading PMS for peri-menopause, and sun-kissed highlights for whatever will cover the gray that the last romantic go-round gave me. Not the condition I had ever consciously meant to greet the dating world in; but a sudden divorce meant little to no prep time. Why did I date again so soon after marriage? Those who’ve divorced can attest; it’s lonely within the relationship years before those final papers are signed. I desired some company and a much-needed ego boost.

Admittedly, I was ill-prepared. The standard dating advice is to be genuine, be at your ease, and be paying close attention to potential red flags. Now just where and when would I have honed those skills? The furthest my ability went to read people was to know when someone was teething, had to go to the bathroom, or needed a nap. 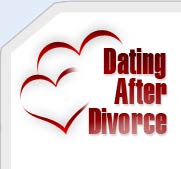 Many of my married friends were visibly uncomfortable with the fact that I was single again. They scrambled mightily to get me un-singled, ASAP. After all, no one likes to see a bench warmer. I knew what was up; they wanted their friend to get back out there and get the crap beaten out of her, just like the rest of the team. Old ladies said: “When I met my husband, he just snatched me right up. He didn’t wait around like you people do nowadays.” Clergy said: “Anyone that knows how to play the game doesn’t last out in the dating world long!” (Thanks pal. No pressure.) Friends and family said: “You’re too good to be single.” (Really, does that mean I did something ‘bad’ to get to this point? Nice.)

Being forty still doesn’t lessen the nervousness factor. If anything, the first time I dated anyone after my divorce, I was more petrified than I ever remembered being as a teen. After my first date, I broke out in hives. Big ones.

Dating at middle age is definitely not for the faint of heart, but there is some good news:

If he didn’t like me, it wasn’t going to be the end of my world. I would cry a little but I sure wouldn’t cry all night like I did when I was a girl. I could get by just fine without a man in my life and, amazingly enough, still feel like a worthwhile individual. I didn’t need a boyfriend to validate my existence, nor to complete me. They were nice to have around, and if one of the relationships wanted to ride out the wave, cool. If not, I had plenty of other things to do and an already-full life to lead. Instead of being a pined-for necessity, these grown-up men became invited guests to a party that had already been going strong for a few years.

So if you’re on the fence about dating after 40, or after a divorce, go ahead and give it a whirl. You might just enjoy yourself.

As my heroine from ‘Fried Green Tomatoes’ puts it, “I’m older, I’m smarter, and I have more insurance.”

Tell us, how did you get back in the dating game after divorce or a broken relationship? Was it difficult? What’s it like dating at 40 or still being single at any age, when many of your friends are married with kids? We’d love to know! Share any dating tips or stories you might have.

Amy Larson is a non-recovering chocoholic, middle child, and champion truth seeker. If there is any irony, humor, or the absurd to be found, she’ll find it.

Married for nearly twenty years, then divorced, she moved as a heartbroken single mother of three into a new neighborhood and wound up marrying the neighbor down the street. The new husband brought with him his ferret, two grown children, two grandchildren, and a family where parents and four out of five nearby siblings all lived in that same neighborhood. Can we say, “Everybody Loves Raymond: Extreme Edition”?

During her single mom years, Amy, once used to financial security and a somewhat comfortable life, reluctantly found work as a housecleaner. Often while scrubbing and listening to NPR, she thought, “I could do that. I could write like that.” Little by little, she began submitting work to local newspapers, which led to a gig reporting for one of the nation’s top rodeos.  After that, her writing career got busier, and a grateful Amy Larson now writes content for local and state magazines, newspapers, is a weekly contributor to several blogsites, and concocts advertising articles for a daily deals corporation. Her dream job is to be a food and travel writer, because she’d dearly like to have an excuse to both eat and globe-trot for a living. She likes food of all kinds, (especially if there’s a heat factor), and will eat almost anything within reason, as long as it’s covered in chocolate.