If you’ve been a reader, this title may seem a little off. It’s not about sex, health, kids, marriage, friendship, career, or anything like that. But, I did promise to cover all the issues that we women sit on the fence about. And wow, am I on the fence here! If you’re a busy WOMAN- single, married, divorced, kids, no kids, most of you own a microwave. In fact, over 90% of American homes have microwave ovens. Not just to reheat a bottle, but what about to reheat a quick leftover dinner? To heat up soup for your daughter’s thermos for school lunches?  To cook a lean cuisine, for crying out loud? (I’ve never had a lean cuisine in my life, but you get the point). 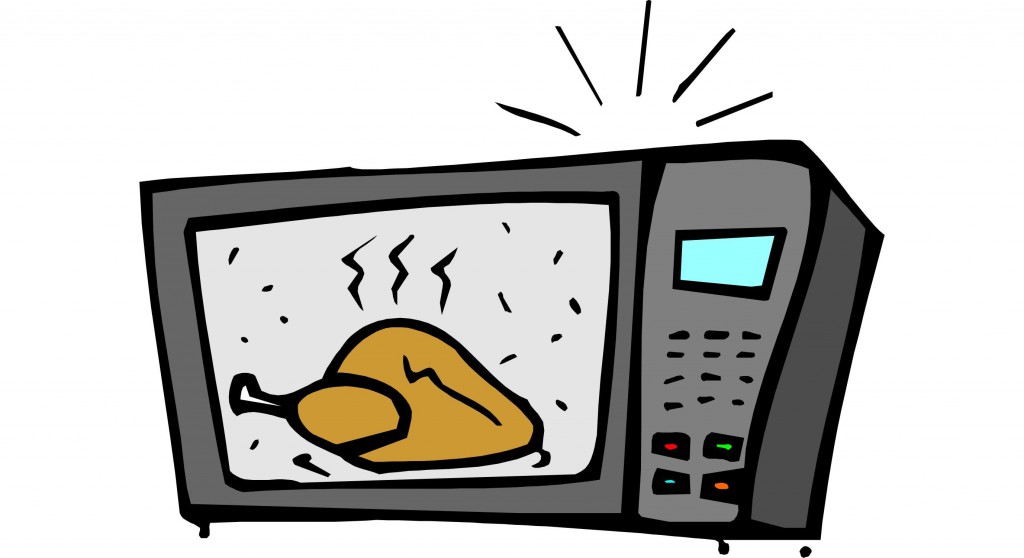 I admit, I am guilty. I USE my microwave. Like really use it. Very occasionally to defrost raw meet or poultry if I’ve run out of time. To heat up my son’s cheese bagel for breakfast this morning. To reheat the penne rosée for school lunches last week.  I definitely have decreased my microwave use over the years, resorting to the less lazy ways of heating things up (like my toaster oven, or stove top). And I even try to use a plate instead of a plastic splatter tray, but I still use this controversial machine. And I say controversial, because it really has been for many years.

The thing is, there are two bodies of evidence, or two results emerging from the studies (which are not that current, by the way). I quote just one example, from one study:

“In 1992, Swiss scientist Hans Hertel, assisted by Bernard Blanc, conducted a very thorough study on eight healthy human volunteers in their 20s and 30s. The study included raw milk and pasteurized milk and frozen and fresh vegetables. The foods were all consumed raw, cooked normally, and microwaved.

Before and after each meal, their blood was tested. Nutrient damage well beyond normal cooking was present in their blood after consuming microwave cooked food, with abnormalities paralleling the findings of earlier Russian studies. Hertel concluded that technologically induced energy damage can be passed on to humans with microwaved food in addition to direct microwave emissions.

Okay, holy shit scary! There are other findings similar to these.

And then there are other comforting findings.

“There is no confirmed scientific evidence to prove a link between such effects and microwave radiatus exposure.”

“There’s no substantive research to support any concerns about using microwave ovens during pregnancy. Heating something in a microwave doesn’t expose you to any significant radiation.” (Jennifer R. Niebyl)

“Microwaves have improved in their construction through the many years of use and rarely leak radiation. If your microwave is old or damaged, however, some radiation might leak through. Here is a way to test it: Open the door and place strip of paper in the door jam. Close the door, capturing the paper. Now pull the paper. If the paper slides through the door, the seal is poor. Replace the seal or don’t use the microwave.” (Penelope Morrison Bosarge).

“Typical levels of radiation leakage from microwave ovens is about 0.2 mW/cm2 which is far below the limit set by the national safety standard Safety Code 6: Limits of Exposure to Radiofrequency Fields at Frequencies from 10 kHz-300 Ghz (1994, 60 p., Health Canada pub. 91-EHD-160). This level of leakage cannot be sensed by the body.”

I am not a scientist, nor have I been in the lab doing the research. So I cannot comment with certainty for either side. I simply wanted to present some of the arguments for both sides, and to state that I am really on the fence with all of this. The FDA does say that many scientific questions about exposure to low-levels of microwaves are not yet answered, and requires FDA to continue to enforce radiation protection requirements. (FDA.gov) I DO know that any machine that emits radiation at any level scares me, and that includes my mobile phone. And I can tell you, I feel like a horrible, lazy mother every time I use it. That much I know.

So, regardless of what side of the fence you’re on, safe or not safe, I want to give you some safety tips on using microwaves.

I have searched high and low to try and cover all safety angles. A few tips for using your microwave as safely as possible:

I know one thing, we all want to live safely with this appliance of massive convenience.