Alright, I’m doing something today I rarely do… give my side on tabloid gossip. A lot of you asked my opinion on Charlie Sheen’s recent antics. I watched pretty much all of it yesterday… The Today Show, Good Morning America, and The Piers Morgan interview last night. And here is where I differ with 90% of all of you out there. In my Facebook feed, I read things like, “Pompous, asshole, nutcase, arrogant, putz.” And see, I didn’t get that feeling AT ALL. You just had to watch his eyes. This man is obviously sick. Clearly ill. While I’m no Dr. Drew, I’m merely a psychology major and intuitive woman, and I know this may be a bold thing to say, but I have mental illness in my family, and it looked a lot like that. 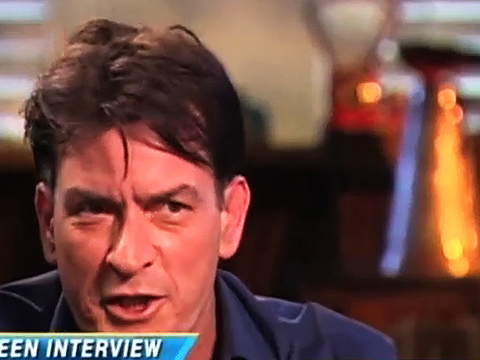 So, to answer your questions, I see everyone’s side. I see CBS’s side getting fed up with him and teaching him a lesson by cancelling the rest of the season, but then you can’t deny his power to command ratings and pull the show. So, he definitely has a point that they probably need him more than he needs them. But this is really of no relevance to me– a case of “he said, she said” is just gossip and a waste of time.

What caught my attention in this whole case, started two weeks ago. I listened to the Gayle King Show on XM Radio, and she had a recovering homeless, heroin addict turned counselor on. It was very fascinating. What this woman told us, is most addicts, are not the typical drug addicts that first come to mind– shooting heroin in alleyways. Most addicts, contrary to popular belief, are “functioning addicts,” as in Charlie Sheen’s case. They go to work. They’re in government, they’re CEO’s of Fortune 500 companies, they’re bus drivers, teachers and people we trust. What this counselor found so sad, was that Charlie Sheen was not able to go away to rehab, work on himself and get better. He wasn’t able to take the proper time he needed to get well.  There was too much money riding on his need to show up to work. She said to Gayle, “If I told you that you have cancer and that you have to take a few months off for chemotherapy to get better, would you do it? It’s the same thing here.” Charlie was doing rehab at home, which she said was completely counter productive… the whole point of rehab and its success is by group work, and hearing other stories and triumphing together. That seems quite logical. 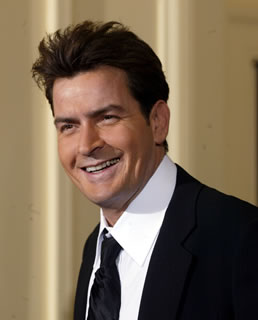 So, the purpose today’s blog, is not, as I said to judge him. Charlie Sheen needs to be accountable for his actions, for certain. But I think we also owe him some compassion. I know he thinks he’s cured of his twenty-plus year addiction, but we know he hasn’t done the work, so how can he truly be cured overnight? He’s a brilliant actor, he’s a father to five children, and he’s a human being who deserves the right to live a healthy and happy life, just as much as the next person. And life is fragile, we so often forget. I hope his self destruction stops, for his sake, for the sake of his children, and for us, who get to reap the benefits of his talent. Perhaps CBS cancelling the rest of the season will let him go away, recover, and come back the next season a more healed person. I didn’t get into MBA School, and what seemed at the time as the biggest devastation and loss in my life, ended up being my greatest gift. I think that’s what we’re seeing here.

So, if you’re from the school of– “Grow up Charlie,” or, “He deserves this,” I’m only here to present another side.

I will leave you with one of my favorite quotes,

“Be kind, for everyone you meet is fighting a hard battle.” ~Plato

Erica Diamond talks, "Anything Is Possible"