I once heard on the news that everyone would eventually know someone with AIDS, because the disease was spreading so rapidly.  In 1994 it would hit close to home.

I met my future husband in 1990 and three years later, I became pregnant with our first child.  I developed high blood pressure and delivered Katie by C-Section on November 24, 1993.  She was just 3 lbs 14 oz. As any unbiased mother would claim, Katie was adorable!  She giggled and made happy noises but she often missed developmental milestones.  She couldn’t hold her head up and by age six months, she was unable to roll over. I thought it was due to her being a preemie. 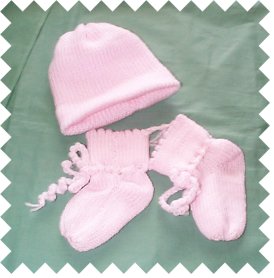 And then Katie became sick with pneumonia. She was eventually rushed to ICU at the Children’s Hospital and I was told she might die.  DIE??? I couldn’t believe what they were telling me. I was in tears on the phone with my husband, but when he arrived, she was finally breathing easier. Phew. We could all breathe a sigh of relief.

Katie’s pediatrician then told me she had some personal questions for me.  She asked if I had been around TB. Where had I lived? I replied that I thought she meant the “personal” questions were about “sex.” The doctor then said she thought Katie had AIDS.  I chuckled and told her confidently I would have been tested when I was pregnant.  “No, not necessarily. Were you asked by the doctor?”  “Well, I just assumed it was one of the tests,” I replied.  We looked at each other. “Do you mind if we test for it?”  She smiled, reassuringly.  “No, of course, test for anything” I said, trying to sound calm.  I had always been on the pill and even though I had asked boyfriends, no one wanted to use a condom.  I thought at that moment how weak I had been not to insist.

I went to my right husband’s work place and told him what had transpired, and he laughed at my hypochondriac personality.

When I arrived home that night, the phone rang. It was the hospital.  “When are you next coming in to ICU?” It was a strange question.  “Tomorrow,” I replied.  “We’re just keeping track of people” and the man hung up the phone.  I felt very uncomfortable and started to get a strange jittery feeling in my stomach.

I phoned ICU right back and told them my name and that I was the mother of a child there. “Yes, we know who you are.”  The jittery feeling in my stomach became more intense.  “So why did you ask if I was coming down there?”  There was silence… then… “We’ve had some results…”  My knees began to shake and I thought I would throw up. “Katie’s tested positive for HIV, but it’s not 100% sure.”  My head was swimming, I could barely speak. “How much of a percentage chance the test is right?” I asked.  “Eighty percent.” 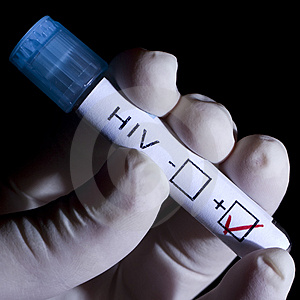 I sat on the bed, numb. I heard the TV turn on in the next room– it was my husband.  I don’t know how I managed to walk.  I was white as a sheet and he knew something was terribly wrong.  “They think Katie has AIDS.”

The next day we were given HIV tests. Katie was tested again and we waited a week for the results.  It was a week from hell.  I prayed for a mistake. My husband had been donating blood and I had diarrhea and swollen lymph nodes.

On June 17, 1994, we were told I had HIV, my husband was not infected and Katie had AIDS. I had unknowingly been infected five years earlier by a previous boyfriend. They said Katie might live two years and I could live five years.  The only medication was AZT.

Katie died at home at nine months of age on August 31,1994, two years after Freddie Mercury of Queen, and three years before Princess Diana.  She weighed just 12 lbs.

I was racked with guilt and blamed no one but myself.

We hid the secret from everyone but soon felt we were just adding to the stigma, so I made the decision to go public. I was interviewed on the radio and TV and taught in schools.  My husband never became infected.

New medications arrived in 1996 and if you are found to be HIV+ before or during pregnancy, there is less than a 2% chance you will pass it on to your unborn baby.  Taking the medication properly is the key.

Today, World AIDS specialist, Dr. Julio Montaner, has discovered that by taking the medication and monitoring the virus, you can become “undetectable,” meaning that the virus cannot be found in your body.  They believe the virus becomes hidden, because once a person stops the medication, the virus then reappears.  However, Dr. Montaner believes that this can lead to the stop of the spread of HIV and is advocating everyone to get tested. Together, with condom use and medication, I believe we will see the eradication of HIV if medication becomes affordable in third world countries too. I would like to add that I feel ignorance and complacency are our worst enemies.

And finally, this whole post will be wasted if you don’t take away the crucial message. We’ve all heard we must practice safe sex. That means safe sex and condom use for everyone. That means if you’re newly single or divorced and getting back into the dating world, the pill does NOT protect you from HIV. We must drill it it into our kids and educate them as well. Asking your partner about their sexual past and if they’ve been tested for HIV may seem uncomfortable, but I promise you, the alternative is way worse.

Denise Becker is on Twitter www.Twitter.com/HivGirl and is writing a book called “Katie – Her mother’s story.”

Tell us your thoughts, or feel free to write Denise a message right here.

Taking The Dive Into Passion