I am still coming off a high from an incredible evening that took place this past Tuesday night in Toronto. A few months ago, I was given a lovely honor and recognition-I was named a finalist for Digital Personality of the Year, recognizing the best in Canadian digital media. My husband and I left Tuesday morning for Toronto, and he stood by my side at my first-ever Digi Awards in Toronto. 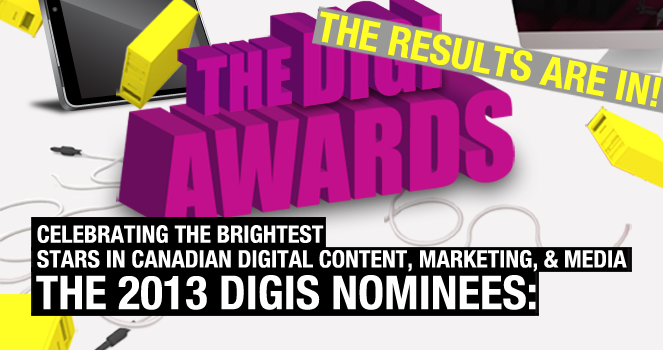 I truly was not expecting to win… and I will start off by saying, I DID NOT. 😉 I mean, I was up against THE KENNY from South Park, Kenny Hotz— Kenny vs. Spenny. But it was an honor just to have been named a finalist amongst such brilliant media talent, and I valued it even more because of the fair judging structure. So when Arisa Cox, the host of the Digi Awards (and host of Big Brother) said to the crowd, “All nominees are winners tonight because it’s an honor just to be nominated,” she wasn’t lying 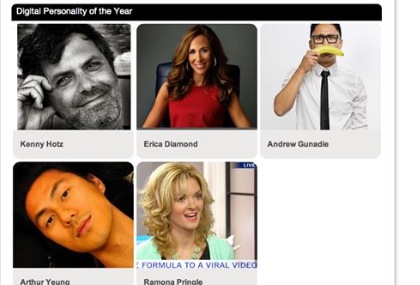 I’d love to share some of the highlights of a very fast, very furious 24 hours.

My hubby and I arrived in Toronto and did not pass, nor collect $200. We went straight to our favorite restaurant… Chipotle Mexican Grill. We don’t have a Chipotle’s in Montreal, so we make it a habit of trying to eat at one in every city we visit. Oh was it good! 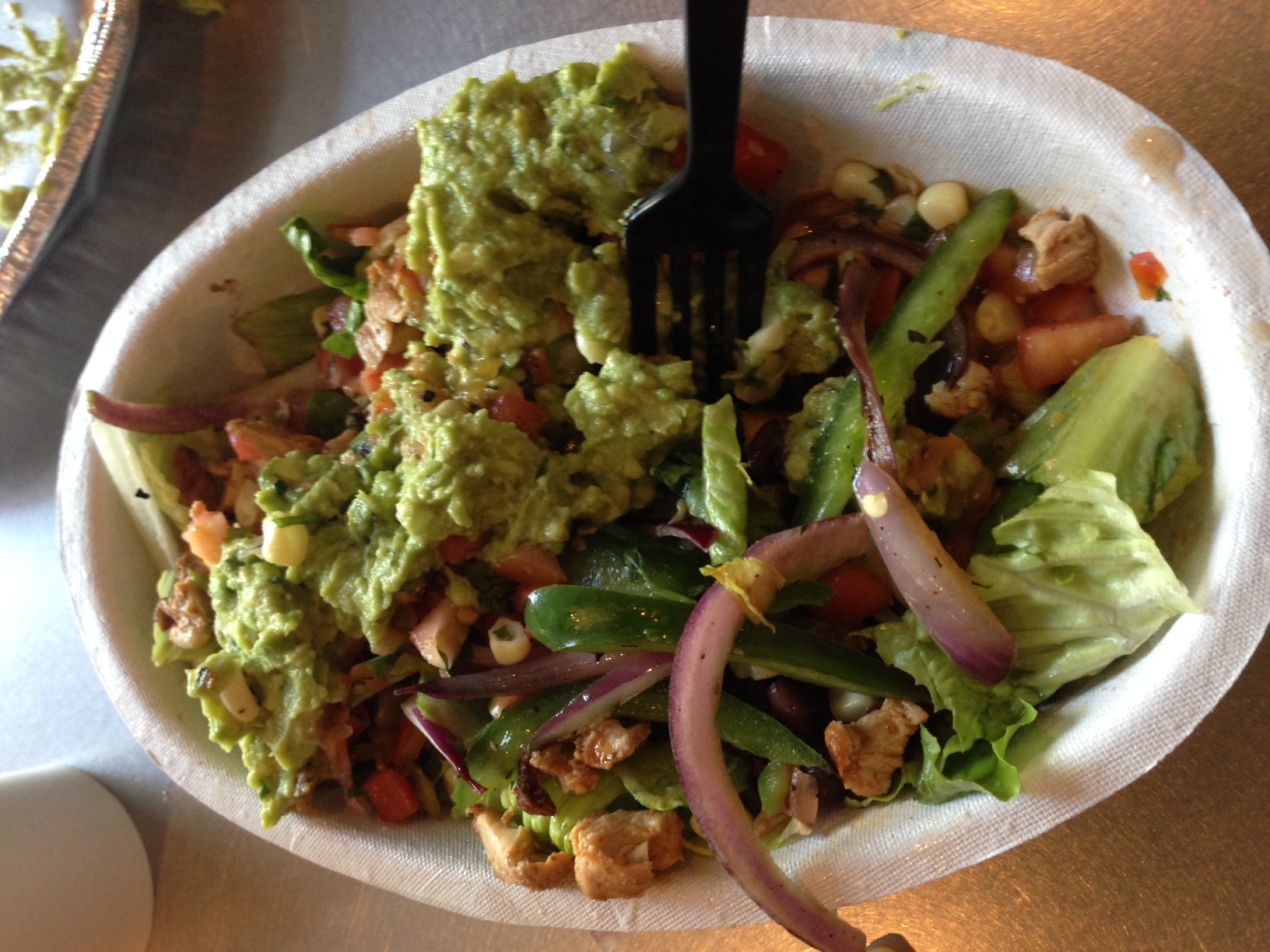 Then, I relaxed in the hotel. Then, we made our way to the Digi Awards for 7pm. Very exciting. 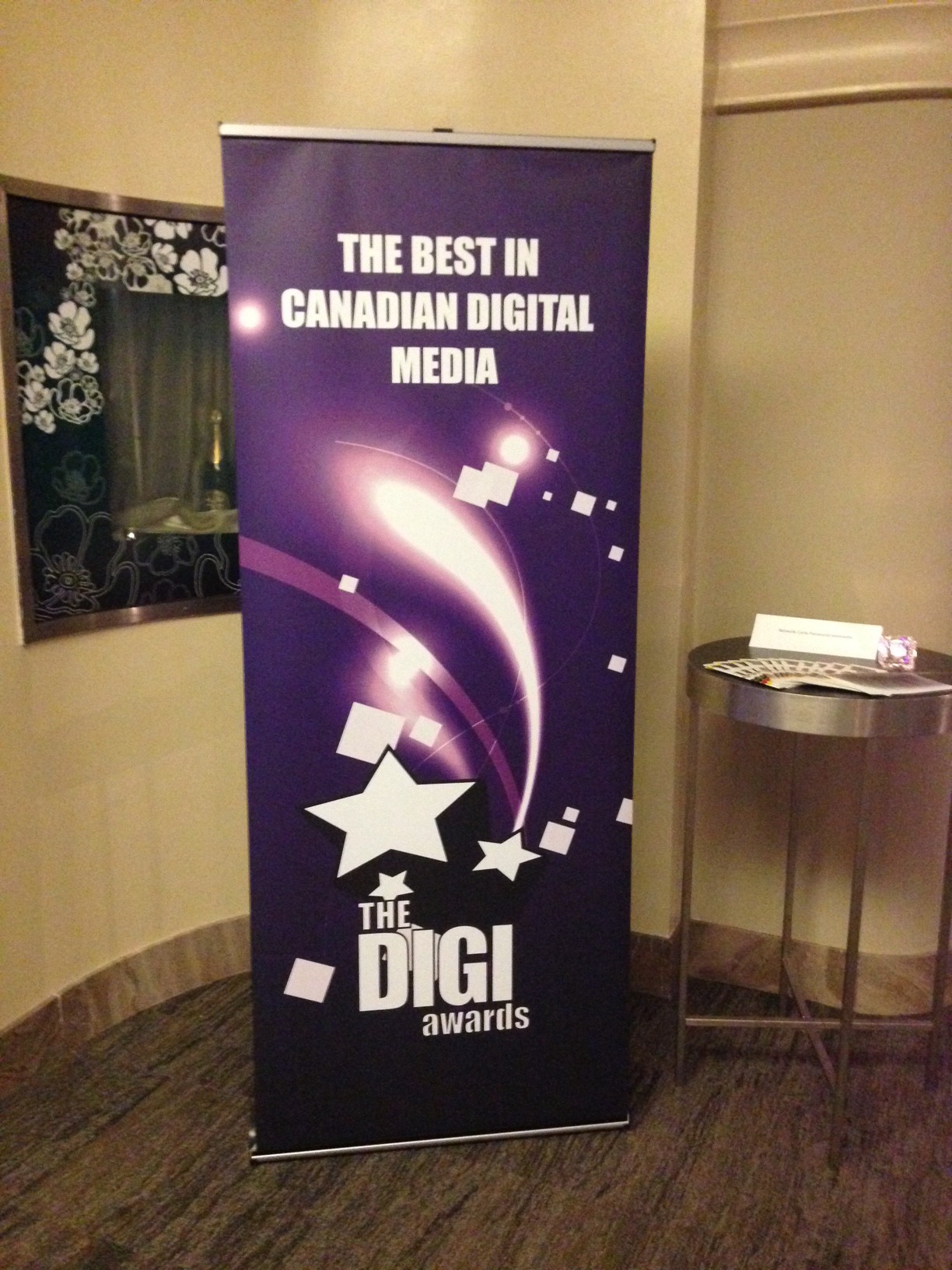 A picture of the supportive husband and the nervous nominee walking in. 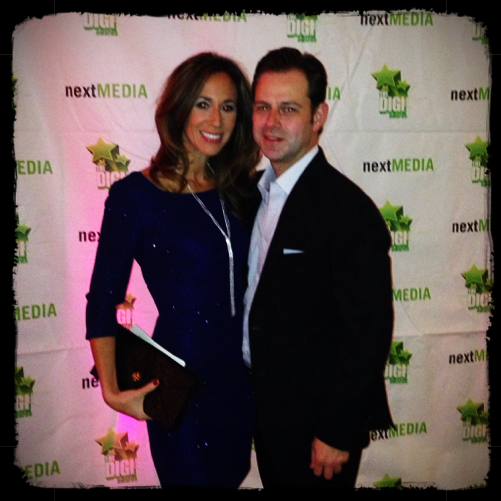 I then bumped into Amber Mac… a rockstar media gal I admire, and she told me that she was presenting the award for Digital Personality of the Year. GULP!

But she didn’t know the winner. Phew.

Here we are together. 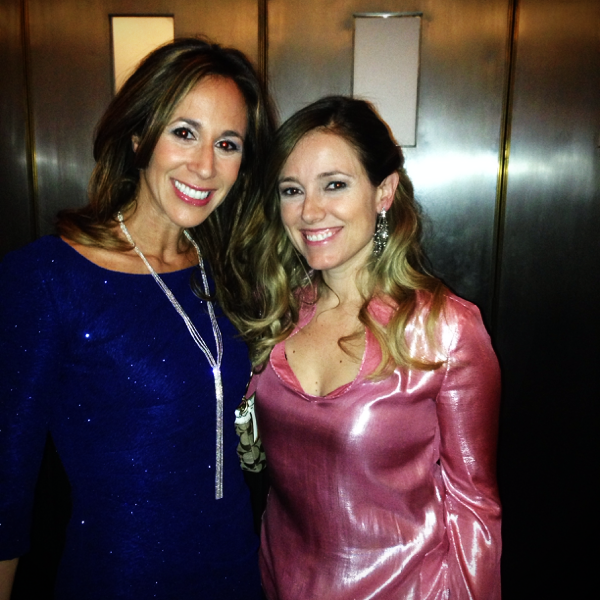 My husband grabbed the book before we walked into the awards. There it was. More nerves. 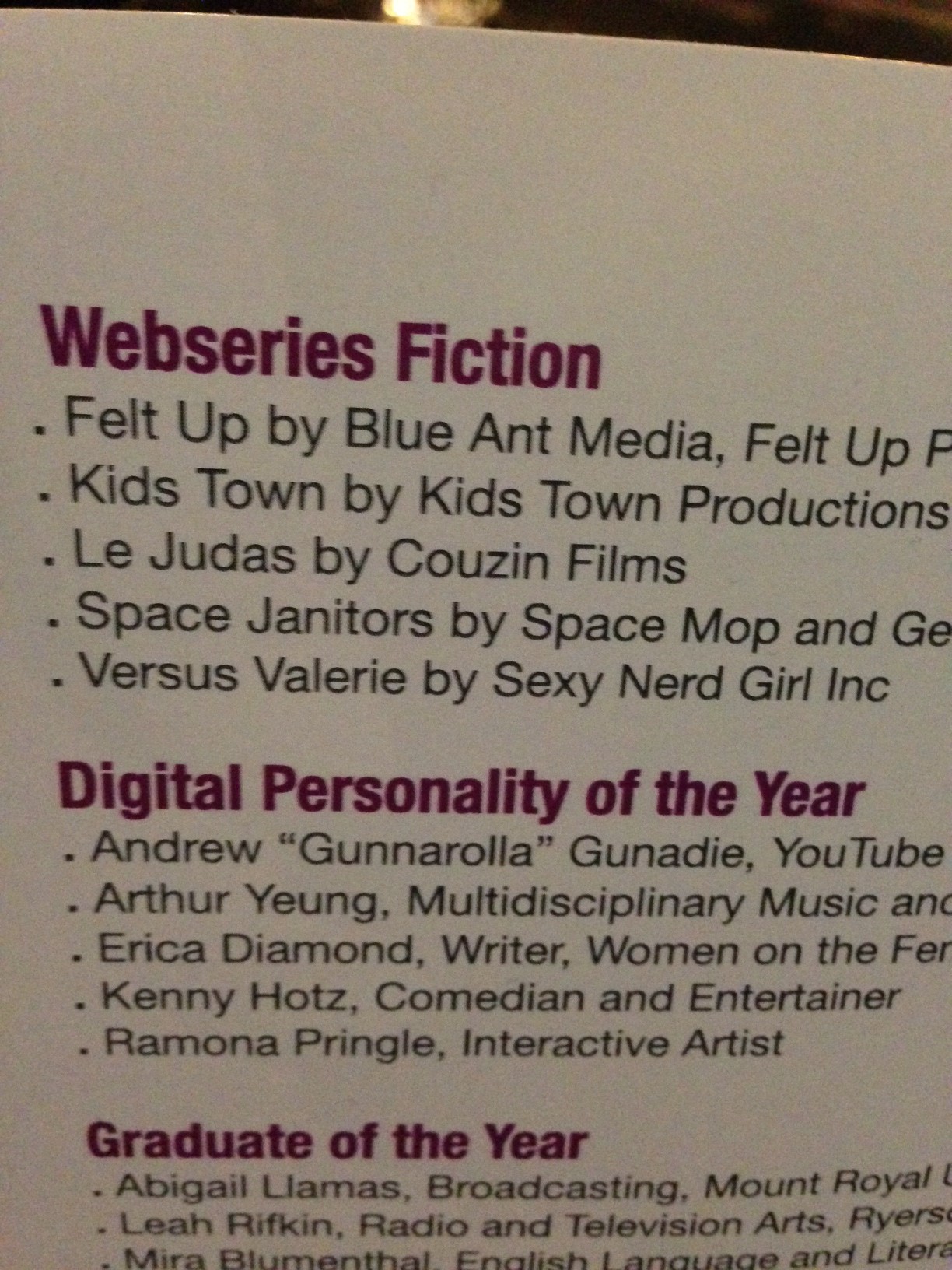 We sat down, and I took it all in. 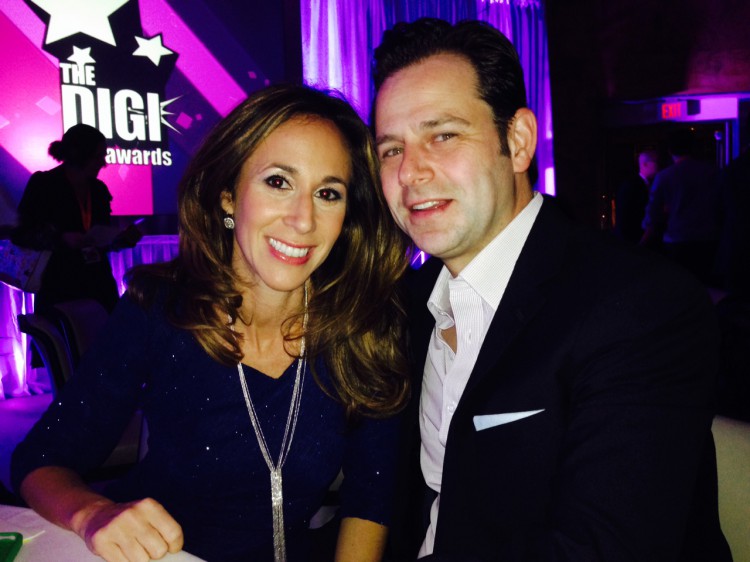 Then, after a LONG TIME, Amber Mac took the stage. My category. It was the second-to-last award of the night. I started to get sweaty, and then all of a sudden felt my husband’s hand rubbing my back. Amber uttered words I don’t quite remember– something about how hard it is to do what we do, and then flashing on the big screens in the room, with a pre-recorded voice in the background, “And the nominees for Digital Personality of the Year are,” and the voice began naming the 5 names. Applause after each name. Then, back to Amber, “And the winner is…” and she opened her envelope, “Andrew Gunnarolla Gunadie!” 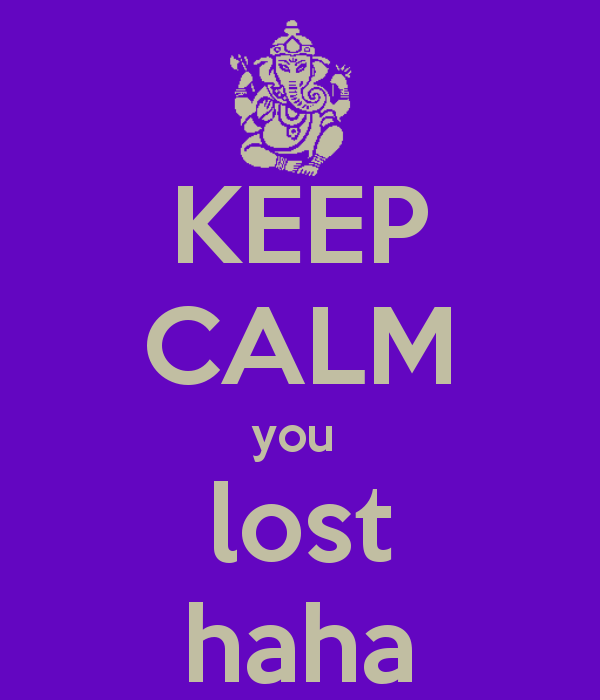 I breathed a sigh of relief, that was my first reaction. But then I felt a little disappointed, if I am to be honest.

Distraction came quickly as Arisa Cox began dancing, and out came one of my favorite bloggers and co-hosts of the show The Social, Elaine Lui, AKA Lainey Gossip. 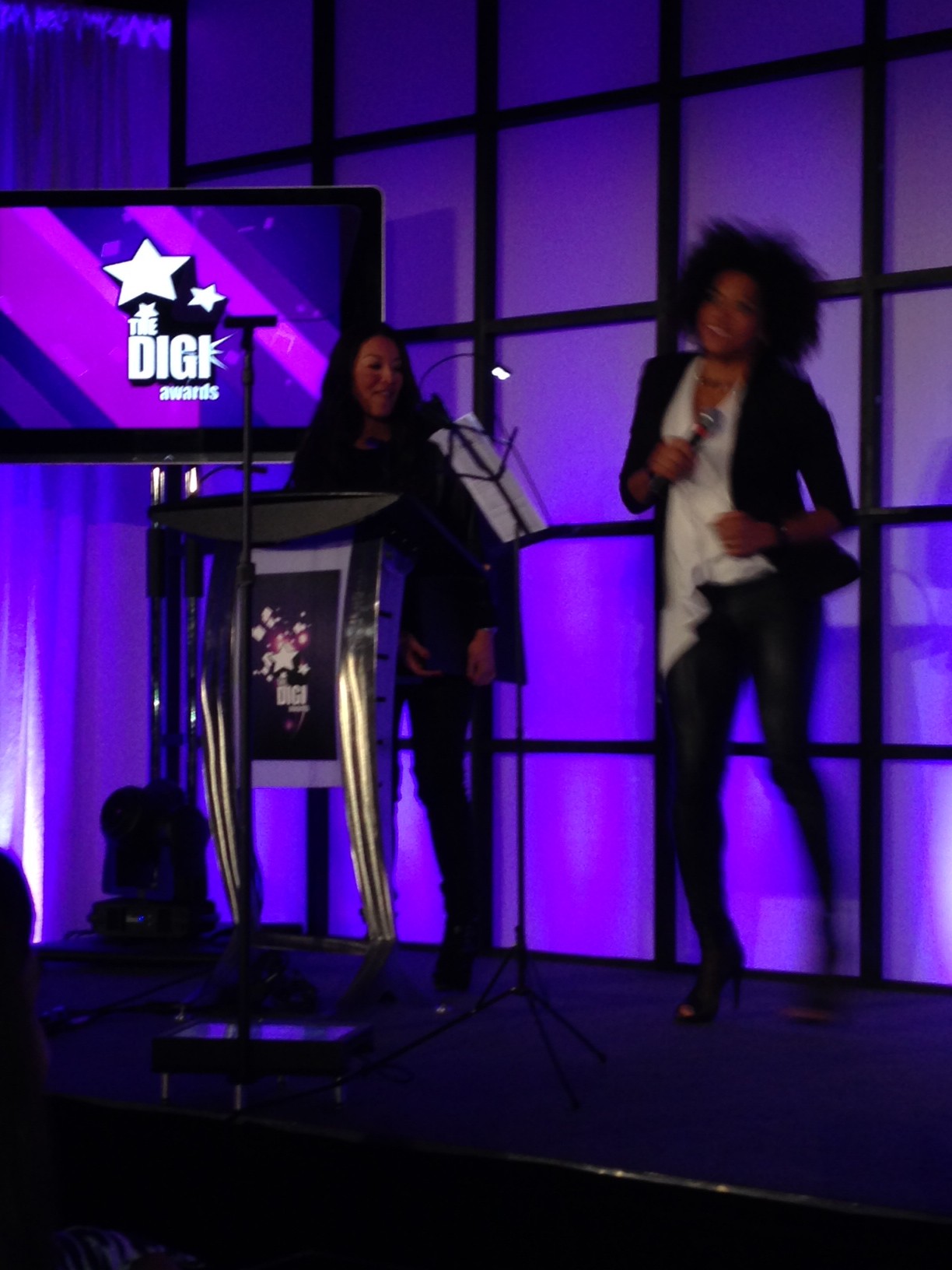 It was a wonderful night and a superb experience. When the awards were over, we opted not to go to the Digi Awards party, and went for dinner instead-I was starved and hadn’t eaten. Me eating dinner at 11pm was probably a first (I’m more of a 5:30pm dinner kinda gal), but I did drink this the minute we sat down. It felt good to kick off my heels, and take in the night. 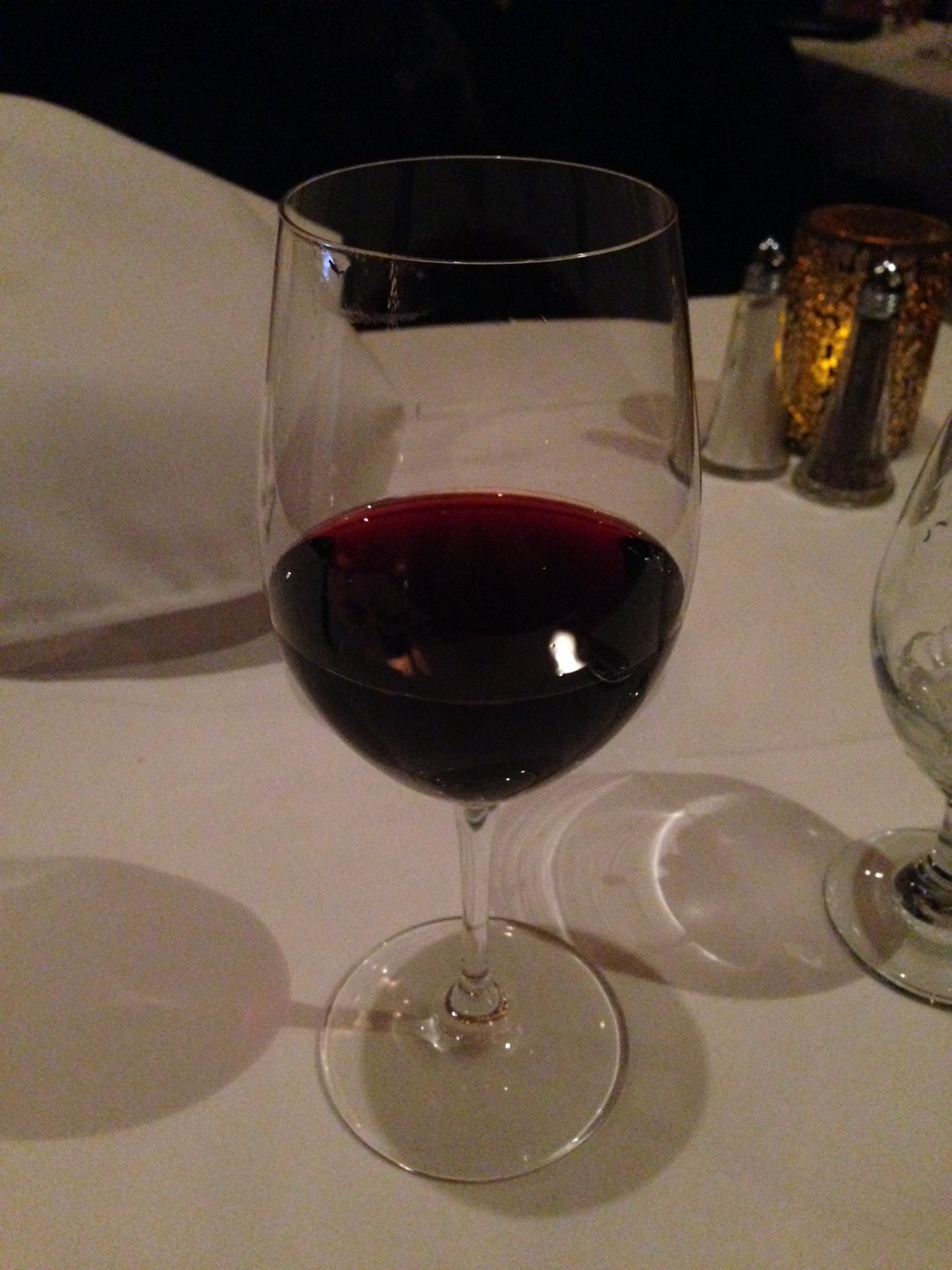 We went back to the hotel after I wolfed down a big juicy steak with sizzling butter on top (I couldn’t help myself), and then, well, ya know. 😉

The next morning I awoke to National Cookie Day. 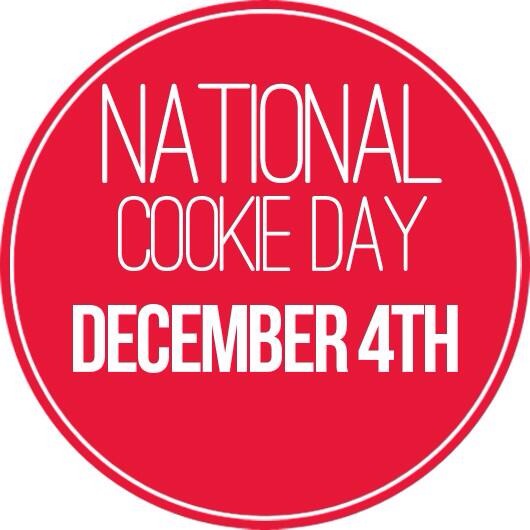 And what a good day it was.

How To Stay Healthy During The Winter Months

THAT Time of the Month