So I’ve decided that this summer, I’m turning a new leaf, and I’m gonna try and not sweat the small stuff as much. I’ve decided that when it comes to etiquette, a big thing for me, winning battles and losing wars is not the way to go.

Last week, my hubby and I went to see Carlos Santana in concert. I know what you’re thinking… how old is this girl, Erica? I’m only 35, but am a bit of an old soul when it comes to music. I’ve seen The Beach Boys, Tony Bennett and Marvin Hamlisch, all in concert, and I’m embarrassed to say, I think I was even in my twenties (not thirties)  at the time. And I went on my own free will, yes. To this day, Marvin Hamlisch remains the best concert I’ve ever seen. Oh lord. Keep reading…

Anyhow, after the concert, we went for some Starbucks decaf Frappucinos and sat outside. It was during our extreme heat wave, and it was a beautiful night. Now my husband, God bless him, can be quite the romantic and chivalrous type. Truly.  But, he’s not very strong on car door openings… like hardly ever! I always remind him… “It’s nice if you open the door for your wife.” He always laughs, “Honey, I’m already on this side. Can’t you open the door yourself?” Anyhow, that night, after leaving Starbucks, he… DRUMROLL… OPENED THE DOOR FOR ME. I didn’t say anything, but he was being EXTRA nice. I knew the reason… and I’m sure you do too. Etiquette in exchange for sex. So I figured, instead of getting all upset over the fact that his etiquette improved just so he could get laid, I let it slide.

I love this interview with Jerry Seinfeld on Oprah talking etiquette. It’s so true. Click to watch!

So when it comes to losing battles in order to win wars, I’ve turned the corner yet again. Last night, I was totally wiped after a nine hour day of final book edits. Yes, you gotta love delayed book launches, but I love the final product, and that’s all that matters. I can’t wait for you all to read it!  Anyhow, completely wiped and frazzled, my mom came to visit the kids while I was in my office having an anxiety attack. I took a break and went downstairs to sit with the boys while they were having dinner. So, there we were, talking, discussing the day, until we realized my little son was gone. Now, I’m constantly on them about proper table etiquette, and that we don’t eat standing up, on the go, or anywhere else for that matter. I try and teach them to SIT during a meal, which can be challenging at times.

So, after we finally realized my 3 year old was missing, we found him standing in the corner, somehow he had reached the chips, and he was eating them right out of the bag for dinner, trying to hide! When we took them away, he then “demanded” cereal and milk. He wanted nothing to do with the chicken and carrots, and was enjoying his dinner of chips (Organic tortilla chips, so perhaps it could be worse).  Anyhow, after his chip dinner, yes, I proceeded to give him his desert of cereal. Cuz don’tcha agree, sometimes it’s better to lose the battle and win the war? I just feel like I can’t be a drill sergeant every day.  I’m still trying to keep his ass glued to the chair during the meal. I remember the day my big son came home from preschool  and said “Mommy, we are only allowed to get up from our chairs when the big hand says 20,” as in 12:20. Twenty minutes of actual sitting. I thought that was genius. I’ve used it ever since.

So, in life, I think we gotta choose our battles, and choose them wisely. But with that, comes a fine line. I’m always on the fence… What do you let slide, what do you enforce? And this fine balance applies to all areas of life… relationships, marriage, kids, friendships and work. My son told me I should pack him $2.00 every Wednesday for camp canteen. So I did. He’s super type-A, so if he tells me something, I never doubt him. I asked him what he buys with his two dollars, thinking maybe chips, WORST CASE SCENERIO, A CHOCOLATE BAR. I know it sounds hard to believe from the story I just told you, but I rarely buy chips (they were left over from a party) and I NEVER buy chocolate or any sodas. We drink water, and juice and that’s it. Anyhow, he finally told me, that with his $2.00, he bought some peach fuzzies and chased them down with a can of Coke! A can of Coke!? He’s never had coke in his life! He was almost afraid to tell me. My husband asked him, “Do they also sell cigarettes and beer there too?” OMG! He spent the whole night in the toilet (making diarrhea)! No joke.  But instead of telling him he shouldn’t have Coke (cuz I don’t think kids should drink soda), I told him to get excited for next week’s canteen. “Maybe next week you’ll go for the 7UP!!” Cuz, truly, can we ALWAYS clip someone’s wings? I don’t think so. 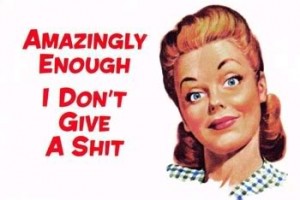 I think that sometimes, in order to stay sane and healthy, we just have to lose a few battles to win the war. And that goes for just about everything. Who’s with me?