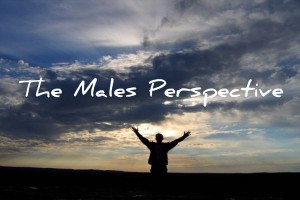 Men don’t like to talk about themselves much. For this reason, many of their idiosyncrasies are largely left a mystery. Today, I am pulling back the curtain, revealing the delicate balance of what separates a man from the boy. Whether you are married, in a relationship, navigating dating websites or the bar scene, these four tips will help bring new understanding to what you already thought you knew about men.

Women On The Fence readers, here is a private viewing, a sneak peak into our minds….

Men do not deal with intangible emotions very well. When you say that you love him, he recognizes these words mean something very special, but the proof is always in the pudding. Now I am not advocating jumping in the sack on a first date to show him you’re interested, but if you are already invested in a committed relationship, don’t allow the sex to dwindle.

Just as women crave the emotional connection with their partner, men crave the physical. So you know, after sex is when a man feels closest to his partner. He may be slobbering all over himself in his sleep, but trust me, your bond has been fortified. Sex is a confidence builder. It reminds him that you are still attracted to him.

Now it doesn’t all have to be about sex. Men also appreciate the subtle message behind a kiss or a home-cooked meal (yes he loves those). However, sometimes no matter how hard you try, he just doesn’t seem interested in sex, but there’s an explanation for this…

He May Not Always Ask for What He Really Wants 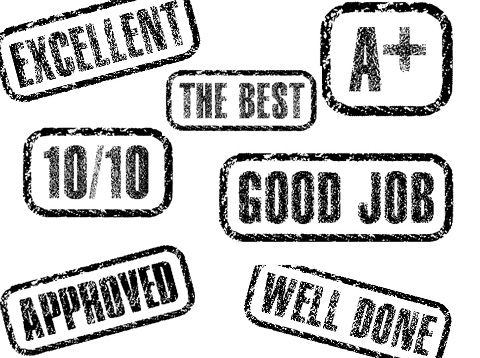 There is a mental disease that effects just about every man in the world, and it’s called Approval Addiction. When men are bored and depressed with their sex life, it is often nobody else’s problem but their own. Men are so addicted to receiving approval from others, he would rather sulk, than ask his partner if she’d be up to trying something new.

Men keep their sexual fantasies a secret out of fear that she might not approve. Some studies suggest this phenomenon may even be one of the motivating factors to cheating. He would rather express his fantasies to someone he barely knows (whose opinion does not matter), than risk the possibility his partner might say no (a form of disapproval).

He Can Have Deep Emotional Connections

The sensitive man is not a new concept. Evidence suggests that men are actually born with more expressive emotional capabilities than women. The problem is, within the first few years of life, men are taught to hide their feelings (hurt), and learn not to need anybody. The result is your typical John Wayne, who may be manly and cool, but has a limited vocabulary of mostly “yup’s” and “nopes.” 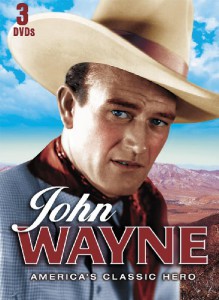 A woman can help a man discover his feminine side, and I am not talking about spending hours styling your hair or playing karaoke. This is a guy, who will share his feelings and needs, while better understanding your own. The most important step is to reach out to him, and empathize with his stress. Men are largely untouched from age three on up. While he may not realize it, he desperately craves this kind of attention. He needs a woman who will hug him, ask how he feels, and patiently waits until he’s ready to talk about it.

He’s Sorry Only When He Thinks He’s Done Wrong 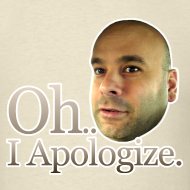 Women appear to have an easier time apologizing than men. You may think that he is just resistant because of his pride, but there are other forces at play. What research suggests, is that men are more lenient when it comes to their actions. For instance, let’s say a guy drives over to his buddy’s house, wakes him up in the middle of the night, drags him to a bar, gets him drunk, then drops him off in the morning, causing him to be late for work, and lose his job. This should require an apology, according to most women. To a guy, he may pat his buddy on the back in condolences, but being ‘sorry’ will never cross his mind. He didn’t do anything, after all, other than show his friend a good time.

According to studies, both men and women apologize about 80 percent of the time they think they’ve done something wrong. The reason there appears to be such a discrepancy, is because men don’t think they’re wrong very often. If it makes you feel any better, men also don’t believe they are owed an apology for most infractions, so don’t worry about dishing out “I’m sorry,” unless the occasion really calls for it.

Something to keep in mind– at the end of the day, men really aren’t that complex. It’s just a matter of taking the time to understand how they’re hard-wired. Believe me, we spend much time trying to figure you women out too. 🙂 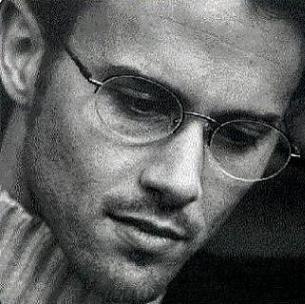 Nestled within the boundaries of the Love capital of the United States, Loveland Colorado, resides a columnist/author/actor/ entrepreneur, Eric J. Leech. Having grown up in a rather Y-chromosome deficient neighborhood, Eric spent his childhood playing house, Barbies (vs. G.I. Joe). Out of high school, Eric attended Colorado State University where he earned degrees in English, Psychology, Social Sciences, and Theater Arts.

Eric has since put every degree to good use with a variety of career undertakings, including eight years as an actor/model/ director for various television and film projects and the co-owner of an outdoor living structure design company. Eric has recently found himself quite the connoisseur as a known columnist, author and celebrity profiler for various publications and projects.

For every love stricken soul who has ever spent an afternoon bent-over a garden picking daisy petals, singing, “she/he loves me… She/he loves me not,” there could be an atomic-sized love wedgie waiting just one bad decision away. Eric says, “Drop those daisy’s, tuck-in that vulnerable (underwear) waistband, and let’s find a relationship worth singing about!”

Eric J. Leech is the featured writer at DatingWebsites.org

You can also find him at EricLeech.com