By Our Anonymous Man on The Fence

There’s something to be said about liars; liars lie in so many ways and for so many reasons. Liars lurk in business, in marriages, in friendships, in life, to hurt; whether innocently, stupidly or maliciously. However, lying by omission is in a completely different league. This form of lying takes on a life of its own. Firstly, what is lying by omission?

One lies by omission by omitting an important fact, deliberately leaving another person with a misconception. Lying by omission includes failures to correct pre-existing misconceptions. (Wikipedia).

Going through life lying in this fashion, can be useful to many people.  It allows them an escape from the truth. But these people run their lives in permanent deception, trying to manage and control each and every lie. They omit the truth in good part, because they know it’s either plain wrong or they simply don’t have the strength of character to face reality. Unfortunately for me, I am too simple to manage the business of lying. I simply care too much to put forth such an effort. To conduct yourself in this manner requires a full time commitment, and is simply too difficult.

Last month, I celebrated my daughter’s birthday. For the years that I have been divorced, it has been understood that this special day with our eldest child is to be shared…..as it’s always been. From our birthday lunch, to special moments shared together, this day is placed on a pedestal to recognize its importance. On this day, I had been eagerly anticipating her arrival as it had been a week since I had had my children. In fact, I stayed up till exactly midnight to ensure her e-mail birthday wishes would arrive exactly on time, in spirit and style, despite us not being physically together. When I didn’t hear back from her the next morning, I had that feeling, which brought a great deal of sadness in my heart. What had I done in my life and marriage that things had spiraled down to this– that I hadn’t even heard from daughter on her birthday? I thought of the injustice of the whole thing and simply shook my head in amazement at how empty it feels to live a divorced life, missing these once in a lifetime moments. It was a profound moment for me.

But what shook me to the core, was that I never received any acknowledgement from my daughter that she had even read my heartfelt note. I waited till the next morning to call, but was contacted first by my ex wife, where I learned that my eldest daughter would be getting her hair done for her birthday dinner tonight, and that the day had already been planned out with barely enough time for me to have lunch with her. My ex explained how my daughter would be staying with her mom and friends all day until dinner at the restaurant at 7:00 PM. I was aghast at the feeling that ran through my heart and veins. Here I was waiting all week to have her back in my arms. I relished the thought of having my three bundles of joy united, together as a family once again. Every other Friday represents a very special day to me, whereby I buy all the kids their favorite foods, prepare all their favorite fridge pullings, get the house ready to receive them, and await that magical moment that only happens every other week. 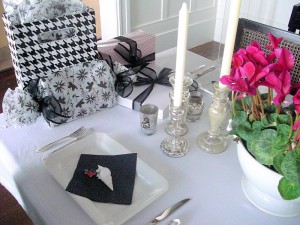 I  tried to explain to both my ex-wife and daughter the importance of this day to me and how seeing her only at 7pm was unfair.  For a child with such good intuition, I couldn’t believe my ears, as my daughter explained to me that I am making an unreasonable request and to let things be… dinner was at 7 and she would see me later. I hung up the phone in disbelief. I later found out both my ex wife and daughter had lied by omission. The plan had been planned and hatched. Dinner was supposed to be with my kids, and my ex-wife only. But when I heard last minute we were also going for dinner with my daughter’s “friend,” I found it odd. It turns out, even my ex-wife’s boyfriend’s daughter (whom I’ve never met) was brought into the lie. The “friend” joining us for dinner would be the boyfriend’s daughter.  I only found out an hour beforehand. How inappropriate and wrong for omitting that this girl was coming with me, for my daughter’s birthday, and for not sharing that this had been the plan all week long.

I wonder what kind of life lesson this teaches my teenage daughter. That lying by omission is ok? That if you pretend that you didn’t lie, or leave things out, it’s ok? How does this form of dishonesty sit with me? Well, that’s precisely why I wrote this blog. I find lying repugnant. And while our divorce has been amicable, I’m disappointed in my ex-wife for introducing this kind of dishonesty into our family. I have been lied to by close family members in my life, but I knew it. I think back to my marriage and remember the same sinking feeling by being subjected to constant lying by omission. I never could have imagined that my daughter could be a willing participant to this form of deceit. Perhaps you may think that today’s Blog post has a darker undertone, or that I may sound bitter, but I want to explain to all of you just the devastating and destructive consequences that lying can have on a loving family. When and where you can, avoid it… lying has the never ending attribute of creating more lies… Please remember that.

Man on The Fence

Ladies, what do you think? Is there another side to this story we don’t know about? Have you been subjected to a family member’s lies? Have you been a witness to someone’s lying by omission?

PS – Don’t forget to tune into AM800 (in Montreal) or listen www.CJAD.com at 1:30PM today. I’ll be on The Kim Fraser Show talking about the National Women’s Show, and more!