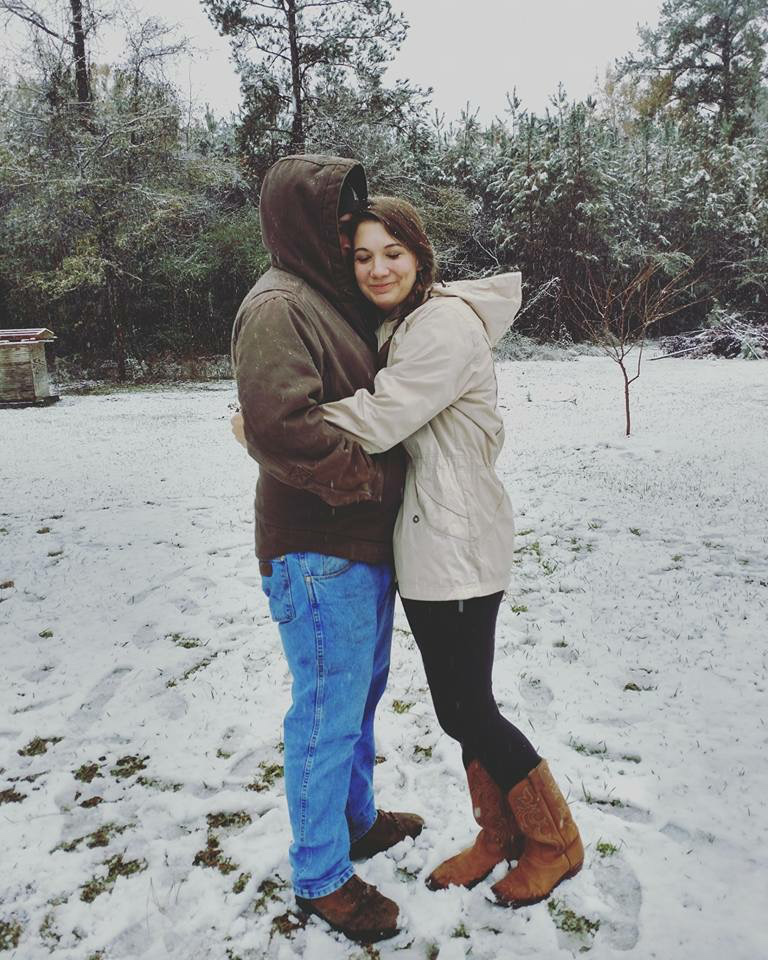 Tonight, I scraped every bit of beef tips and rice into a Tupperware container.

It’s only 6 p.m. but I could’ve had this done at 5. I didn’t need to stay out on the porch swing to watch everyone play.

We could have eaten together earlier.

The sound of the weedeater and my husband’s cellphone were synonymous as I peeked my head out of the door to tell him that supper was ready, just for him to tell me that he had been called into work.

You see, I was certain that after we played in the yard until the sun dimmed and the mosquitoes started biting, that my husband and I could break off just long enough that he trim a few grassy spots around the house and I finish the gravy.

Then we’d eat together and eventually put the kids to bed. Afterwards, we’d have a couple minutes to think/talk.

We’d go to bed at the same time in the same bed.

You would think I’d have learned by now. It’s those exact moments when you’re sitting on the porch swing, watching kids and winding down that the quiet is pierced by the ringtone.

Sometimes it’s a false alarm; the ringtone isn’t as much of a stoplight as it is a sign to yield/proceed with caution.

“Mmm, no thank you.” is my green light. My sigh of relief. This job wasn’t a necessity.

But sometimes I can hear the automated voice. This message is for…….

There’s the details of the job, but I don’t read into those too much. No matter what information the robotic/feminine/automated voice decides to give, I could see my husband again tomorrow morning. I could see him again in a few days.

Next thing I know, I heard the shower running. I walked into our bedroom and saw the black work/duffel bag half-packed on the floor.

Our oldest son is sitting at the kitchen table with his school notebook out, ready to do homework. You can play and we’ll do this in thirty minutes.

Our one-year-old followed me around while I gathered up clothes and he whined enough so that he ended up on my hip while I placed two plums and a bag of chips on top of the Tupperware container.

It went onto the counter so that my husband wouldn’t miss it while he’s already seeing railroad signs and doing mental safety checks on his way out the door.

I know that none of this seems very extraordinary to you. Wives packing lunches/dinners/breakfasts. Husbands going to work.

It’s the game we play to do it. 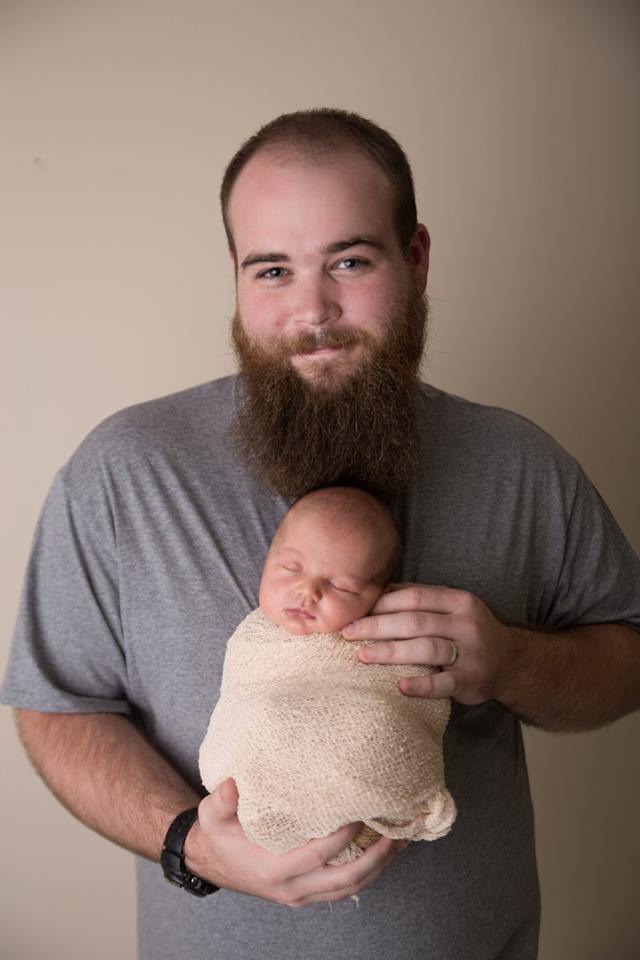 Surprises keep a marriage alive, right?! I like eating hamburgers for breakfast. I like having our “weekend” date on a Monday.

Because the day before Thanksgiving is spent compulsively refreshing the board to see when the next train goes out/next train comes in/next job comes open just for Johnny to commit a foul by calling in sick.

The playing field is neverending.

Sometimes the team completes a fifty-yard rush in mere minutes. Other times, they hit every fourth down as they inch further away from the end zone. Sometimes a sac knocks them on their feet. Wheels stop turning. Engines stop running. A crackhead ran into the train and I’m watching it unfold via live news video in my living room.

Being a railroad wife is having a breadwinner husband who can be the sole provider for a family of four if need be. It’s nice vacations two weeks per year. It’s firing insurance and health insurance and retirement.

It’s also going out to eat and knowing your husband is half there while he checks his phone to try and guess whether he’ll be able to enjoy a meal or only a half. It’s knowing he’d rather you have made a home-cooked meal because his last three were on the road.

It’s herding two kids at the ballpark by yourself while people who don’t know this life cast judgment on why their dad has only made three games.

It’s listening to marriage advice tell you to sync your calendars when in reality, you haven’t had a calendar since saying I do.

It’s also listening to your preacher tell you never to go to bed angry when the night before, your husband left for a 36-hour trip after a screaming argument about I-don’t-even-remember-what.

It’s having a pity party on the way to family functions when you know your cousins’ spouses will be there.

And then it’s hating yourself because you think about how some husbands are overseas for months or how some return to their heavenly home instead of their red-brick one.

I feel like a single mom is something I’ve heard amongst women with husbands who work these hours.

But I’ve been a single mom, and it isn’t one in the same. And maybe it’s this characteristic about my past that allows me to tap into a grateful mindset when all I want to do is scream while I’m getting the kids ready for church by myself.

In the mornings when he’s home sleeping at 6:30 a.m. while I’m dealing with before-school attitudes, I have scrambled eggs with a huge side of envy.

In the same way, I’m sure he glares at me sleeping under warm covers while he puts on his big coat and yellow vest at 3 a.m.

That’s the thing about marriage, and especially about marriage that’s poked and prodded with constant sleep deprivation from jobs/kids.

On Monday, I’m home with a baby running a fever and waking every hour while my husband sleeps in a silent hotel room.

On Tuesday, I’m napping in a quiet house while rain hits the tin, the same rain hitting my husband’s hat and shoulders as he’s switching cars in the railyard. 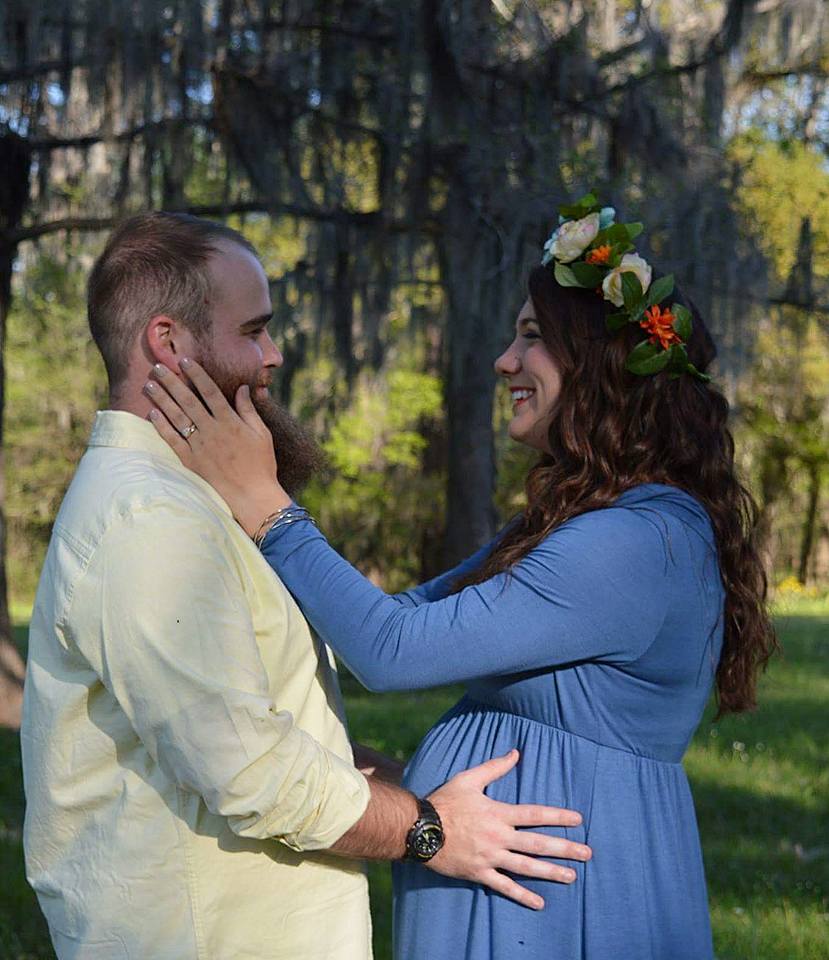 It’s a constant give and take and sometimes we’re two connected engines going in opposite directions while a line of cars waits behind railroad crossing signs. The cars are loaded down; there’s a car for God/kids/ballgames/school functions/cleaning/budgeting/everything.

Meanwhile, we pull in opposite directions and our engines move only slightly to the left and then the right, left, right. The railroad crossing signs are still triggered and the cars continuously pile up while we each tug in our own direction.

But when we move in the same direction…

Still connected, we move toward a new location/goal, lifting the crossing sign and allowing the cars to enter into our yard/time/hearts.

To my hardworking railroad husband,

I promise that I will *try* to keep quick, easy-to-grab leftovers in the fridge for those nights when you so graciously let me sleep as you creep around the bedroom and out the door at midnight.

I promise to hold things down at home while you’re out there making our lives better.

I promise to include you in the things you miss as much as I can, even if it’s just by sending pictures.

I promise to always think you’re so cute when you walk through that front door in that yellow vest and work boots. (Most. Attractive. Thing. Ever.)

I promise to be ready for however you come through that door and I’m getting better every day at reading the faces that show me how the 10-minute car ride home wasn’t enough to wash off 12 hours on the tracks.

Most days, my husband comes in and heads straight to the shower. Sometimes he falls asleep on the couch in dirty jeans. And you know as well as I do that sleeping in jeans in a whole different level of exhaustion.

Because no matter how hard it is for me, the constant availability/anxiety/apprehensiveness must be that much harder for him.

While he’s snoring on the couch, my eyes often go to the company’s slogan printed on the back of his vest, I’m coming home.

I try not to ask when.

And instead be thankful that he is. He is coming home.

I will keep staying up during late night hours to spend time with him when he’s home and try not to regret it the next morning when little feet pitter patter down the hall all too early.

I will keep growing into an independent person because it’s a trait I will continue to need in my marriage.

I will keep rolling with the punches/embracing the changes/enjoying the time I’m given between cominghome and the crew calls.

That’s the thing about time. You always think you have a lot of it. 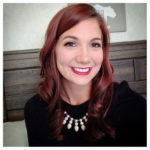 Erica Diamond's 5 Steps To Get Off The Fence: INFOGRAPHIC