We’re kinda “off the fence” today, ladies. This story was just too wacky not to share. And these things always seem to happen to me.

So grab a coffee… This one’s gonna be a longie.

Last Wednesday, I left for Corner Brook, Newfoundland. I was speaking to the Newfoundland and Labrador Organization of Women Entrepreneurs about Work/Life Balance. I really didn’t know what to expect there, despite being from the Maritimes myself. Yes! There’s a fact about me perhaps you didn’t know. This big city girl was born in the small town of Fredericton, New Brunswick. I only lived there a year, but I have a big family there.

Anyhow, back to the story. I was already nervous about my connecting flight, for sure a small plane from Halifax to Deer Lake, Newfoundland. I had a feeling it was a prop plane, so my stomach was already gurgling on the way to the airport. Note: I HATE FLYING.

So far, things were running smoothly. I kissed my two boys goodbye after dropping them off at school, and then later headed over to the airport. My husband was en-route home from Philadelphia while I would be flying out– like two ships passing in the night. Genius me, thought it would be easier to drive to the airport and leave my car there. Mistake number one. Who knew the first twenty parking lots would be full??? So after valet parking was full, and all 20 other lots were full too, I ended up having to take the shuttle from Econo-Park lot number 2,129, to the airport.  I ran inside. No problem. I would make my flight. Phew.

I then proceeded to take off my prescription sunglasses, and replace them with my regular glasses, while I was checking in. SHIT! NO GLASSES! THEY WERE LOST! This has never happened to me IN MY LIFE. I am basically legally blind (-4.5), so my glasses are never far away. I SHOWER IN MY GLASSES! Hell, I pretty much have sex in my glasses. I can’t stand not seeing. So…. when I turned my purse inside out and they weren’t there, I panicked.

The check-in girl told me to calm down. I showed her my boarding pass from my cell phone (very cool feature), and I ran to security… in my sunglasses. The guy working security asked me to remove them, to which I replied, “No problem, but I can’t see a thing without them,” I was getting visually annoyed.

I finally calmed down. I made it to my flight despite the close call with parking. I was sitting on board in my sunglasses, all good, waiting to take off. The pilot then gets on the loud speaker– “There is a dent in the cargo door, and we need engineering to come and inspect. We anticipate a 30-minute to one-hour delay.”

Oh crap. I had exactly 60 minutes to transfer over in Halifax and catch my next flight. It was now Wednesday afternoon, and I was speaking Thursday. If I don’t make my connecting flight, I don’t speak. Planes don’t run freely from Montreal to Deer Lake.

I seriously just sat and cried out of sheer frustration. I called my mom, despite knowing she could do nothing. My husband was in the air. I kept going up to the flight attendant every five minutes, asking her what the status was on our plane. I needed to make my connecting flight no matter what. I drove her bananas.

I again went up to the stewardess asking her how many people were transferring over to Deer Lake. I know that if there were enough people on board, and if our plane would only be a little late, maybe they’d hold it.

She looked down at the paper, and looked back at me with pitiful eyes, “Just you, dear.”

Next thing I know, the pilot is walking out of the cockpit over to me. He sat in the empty chair next to me. “So I hear you really need to make it Deer Lake, huh?” I replied, “Yes. I MUST get there. I am speaking tomorrow, and if I don’t make my connecting, I won’t make it to my speech.”

“I just phoned the other pilot. They are aware of you, and he said if we can get out of here in time, he will try and wait,” said the nice pilot.

I started to cry again. This time some hope. It sounded good, but we were still on the ground.

So I figured, what the hell. I was working it both ends. If you know me, you know when I need something, I WILL MOVE MOUNTAINS TO MAKE IT HAPPEN.

Next I wrote this….

Then word that we got clearance to take off! Woo hoo! We were going to be exactly one hour late. We would be arriving at precisely the same time my next flight was due to take off. It would be VERY CLOSE.

The stewardess came over to me again. “The pilot told me he will radio again from the air. It’s very tight, but it may be doable. We won’t know until we land if you’ve made your next flight.”

And with that, we were taking off. I closed my eyes in my sunglasses and just tried to calm down. At this point, things were out of my control. If I was going to miss my flight, I was going to miss my speech (as there were no morning flights) and what the hell could I do? My fate lied in the other pilot’s hands.

After about 40 minutes, they said we’d be on the ground in 20 minutes. That would be 15 minutes after my next plane was due to leave. I had no clue what awaited me in Halifax. If they didn’t wait, I’d miss my speaking engagement.

Then we touched down. Before I knew it, the pilot came out of the cockpit, and shouted, “Ms Mintz?” (That is my maiden name), “There is someone waiting for you right outside to drive you to your next flight. The other pilot waited. Now go!!!” 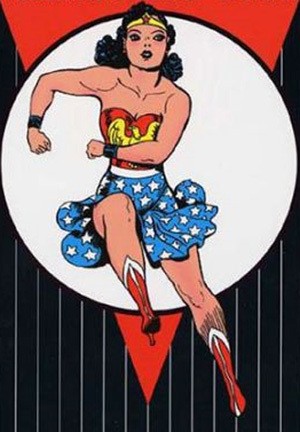 Holy Shit! I ran to the handicapped car, and they whisked me away from my gate, directly to gate #4. Do not pass go, do not collect 200!

I ran onto the flight. They were 18 minutes past their take-off time. Everyone was seated. Next, the entire plane clapped. it was like a scene out of a movie. It was now nighttime, and I was still in my sunglasses of course. I thanked everyone for waiting for me. And one guy who looked like he could have been a serial killer, said, “Someone get her a drink!”

These were the nicest bunch of 40 people I had ever met. We were in a prop plane as I had anticipated. I was shitting bricks, but at least I was going to Newfoundland!

I quickly sat down, but before we left, one last thing I needed to do.

I got this a sec later.

And then shut off my phone and prayed we’d make it there alive.

I asked the girl sitting next to me, as if she was the maven, “Are we gonna make it in this prop plane?” She reassured me we would.

She ended up being the loveliest girl, who has spent the past 8 years studying owls in the wild. She spends her evenings on “Owl Prowls.” No joke! She’s walked through packs of coyotes, bears and deer. And now, she was becoming an entrepreneur. Go figure!

We chatted for 90 minutes, and then landed.

I turned on my phone to tell my family I had arrived safely. But no reception. THERE WAS NO AT&T TOWER IN DEER LAKE! You gotta be kidding me!

Yup. I was on my own with zero cell phone and email access. No clue Newfoundland didn’t have an AT&T tower.

But instead of panicking again, I was all panicked out. This time, I slowly walked over to the payphone. Called my family collect. Told them I had arrived safely, could not be reached for the next 48 hours (except for in my hotel room), and with that, got into the car that was waiting for me. Drove 45 minutes to my hotel. And SURRENDERED.

I got to my room, got into bed for the night, and watched TV in my sunglasses. The day was over. 🙂 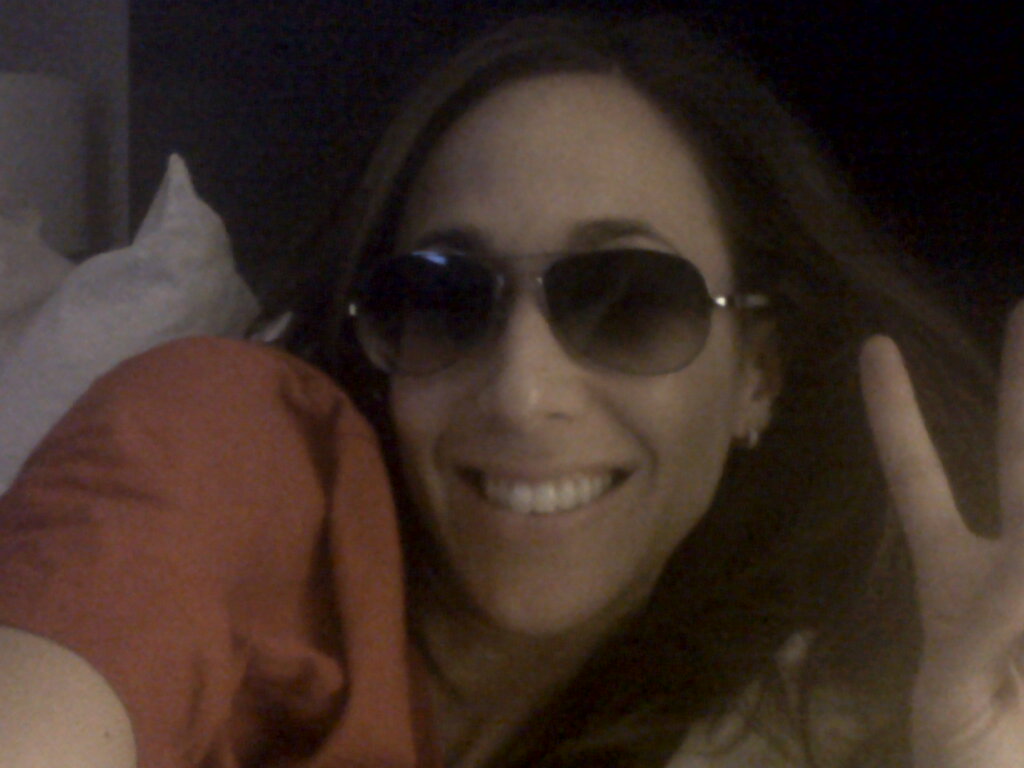 I awoke the next morning, and headed over to the conference. The day was nothing short of brilliant. These women were simply the loveliest group of women I had ever met. One woman talked to me about her mother having literally “burned out her stomach” due to the case of Coca Cola she drank PER DAY, and all the garbage food she ate. But this woman was becoming a “bootcamp” instructor, and was determined to break the cycle. The speakers were incredible. My session went without a hitch.

And after an amazing dinner that night with two of the other dynamic speakers from Toronto, I realized, NO ONE HAS ALL THE ANSWERS. Even teachers need to constantly be learning to up their game, to embrace new ways of doing things. We were three experts in our field, all sharing, teaching, learning from one another. It somehow was a eye-opening moment… that at the end of the day, we truly are all the same. No one has all the answers. Students learn from teachers. teachers must learn from students. Everyone has something to contribute.

And if you are open, you just might learn something.

I left this business trip with four new words I am going to live by. BE OPEN TO ANYTHING.

What do you think?