My name is Dan and I am an addict.

Whenever asked, I am happy to share about what happened years ago and what life is like now. My mom brought me to Montreal shortly after being born in Sao Paulo, Brazil. For all of my Freudian therapy over the decades, the only “traumas” I have been able to identify in my childhood are related to divorce and a genuine sense of abandonment by my biological father. Besides this, I had a privileged childhood and life. I did the JPPS/Bialik/Marianopolis/McGill circuit (all private schools in my city), and even finished first in my B Com class.  I went on to start a career on Wall Street (which I guess can help mess anyone up!), had a lovely girlfriend (to be wife), and the sky was the limit for me.

My introduction to drugs came quite early, but the abuse really started in New York City with cocaine and quaaludes.  For many years, everything was manageable.

But suddenly, it no longer was.

After being married, moving to Los Angeles, and working back in finance, I quickly became a heavy user of opiate pills and inhalants (nitrous oxide). By 2004, I was driving around with a loaded handgun, suicide plan in mind, and ended up in my first treatment. I had become so good at keeping secrets, that this fact actually came to everyone’s surprise.

I did 30 days at a posh rehab in Arizona, followed by an extended stay in Tennessee. Deep down I knew I was still not ready. I recall my therapist in Mississippi begging me to stay longer. I had learned a lot about myself, but still did not have the sense of urgency to get healthy, rather wanting to make myself even more miserable. My excuse was the end of my marriage with my ex-wife, and the excuse was actually the self-fulfilling prophecy that comes with illogical and addictive thinking.

Still, I was able to stay out of trouble for the next few years, though I was never sober off all substances. I did manage, for the most part, to keep somewhat employed, and the devil inside told me that everything was better.

But a few years ago, this changed.

Life was going. Not great. But not terrible. Unknowing its devastation, I was a viewer of the show Intervention, and the episode that showcased a young woman inhaling duster stayed with me.

And one day I tried it.

And that was almost the end.

And the scenario always the same: I would buy (sometimes steal) these cans, and use them in relatively public areas. And every time, someone would see me, panic, call the police, and the ambulance would show up. I would be sent to the psych ER, get released, try to escape, or get confined against my will.

I was trying to kill myself, but just didn’t realize it.

All I wanted was to get so high on these chemicals, that I was willing to go to any length to get it. And use it.

My parents finding me passed out with empty cans inside a hotel room only added to my family’s pain. It took me 7 days to get back home after checking myself out of a treatment facility in northern Ontario. The only way home was a bus. The fear of a 15-hour drive without drugs, facing my family, but more the desperation to black myself out from cans of duster, kept me in Sudbury for a week.  I would miss the morning bus and find myself again in and out of retailers, arrested for trespassing certain hotels, passing out in public bathrooms or on the street, dealing with police and ambulances, and ending up in hospital.

It was during this period of crisis, both for myself and my entire family, that Rabbi B pulled me aside during a Tuesday meeting at Chabad Lifeline, an addiction center my family and I had turned to for help. I had just fallen down a huge flight of stairs under the influence, and basically broke my face.  And during this particular episode, I even broke my father, who tried so hard to keep me away from that can, that I used physical force against him; something I never do. The Rabbi told me I was, in his opinion, the most selfish person he had ever met. Despite a concussion and 90 stiches in my face, I did digest those words carefully and with intent.

Chabad Lifeline had been suggested to my family and I when I returned back to Montreal from the US, the team has and continues to be a rock for the other victims of addiction; my family. Chabad assisted the addict, in my case, to the point where it was time to advise the family to stay away until the addict was ready to get better. Any more enabling could be catastrophic emotionally to those involved.

And that was the wake up call I needed.

It didn’t take a day, but over the course of about two years, I was either in a psych ward or in therapy. My final six-month treatment at a Quebec rehab called Dianova was a success, thank God.  But I have Chabad Lifeline, AA, and most importantly, my sponsor to thank for the support they provided to my parents and I. Having my parents together with other parents struggling with similar stories provided relief for them. The names and drugs of choice or compulsive behavior may differ, but at the root, most of our problems are quite similar in nature and experience.

What I discovered through multiple treatments and many twelve step meetings, is that lives do change and are saved everyday. I personally know many lives that have been saved in recovery, and I continue to see living proof that people can and do get better. Willingness is the only commitment.

And now? Well, I’ve been gratefully employed by the same company for years. I travel a ton for work, and love it. I have not touched the “stuff,” and I am maintain a relatively normal life; something I need to work on given a fairly debaucherous life to date, but still living and traveling the world. My happiness factor used to be a 10 or 1. There was no middle ground. I’ve learned that being a 5 is a good thing. Normalcy is, well, normal and just fine. I work out (love spinning!), do yoga, meditate, spend a lot of time in saunas sweating and getting the heart rate going, eat (my replacement drug. I’m convinced an addict will always have to fill the void of a substance/behavior with another being. As long as the void is filled with a healthy addiction, all is good!), have a new girlfriend; something that has not happened since I was divorced in 2007.

I am doing my very best to find a balance in life to match my genetic predispositions to anxiety and addiction. I also do my best to help promote Chabad Lifeline, AA, recovery, speak at meetings when asked, and I have an extensive sober support system both in Montreal and Los Angeles. I also have friends now. Who ever knew you can actually talk to them?!

But having the ability to drive my Vespa to my sister’s house and visit with my nephews is worth it. There was a period of time when my entire family shut me out because of my decisions and behaviors, and what was very hurtful was to be away from Sonny and Mickey. There is peace of mind knowing that my family is in great hands with Chabad Lifeline and their team, and I continue to carry the toolbox of resources that keep me sober. A phone call is usually all it takes to avoid doing something dumb.  Sometimes two. And most of all, being of service to someone struggling is, in my opinion, the best way to stay sober.

On Bell #LetsTalk Day, I hope these words have touched at least one person and I feel grateful to have written them.

Let’s talk, and end the stigma together. 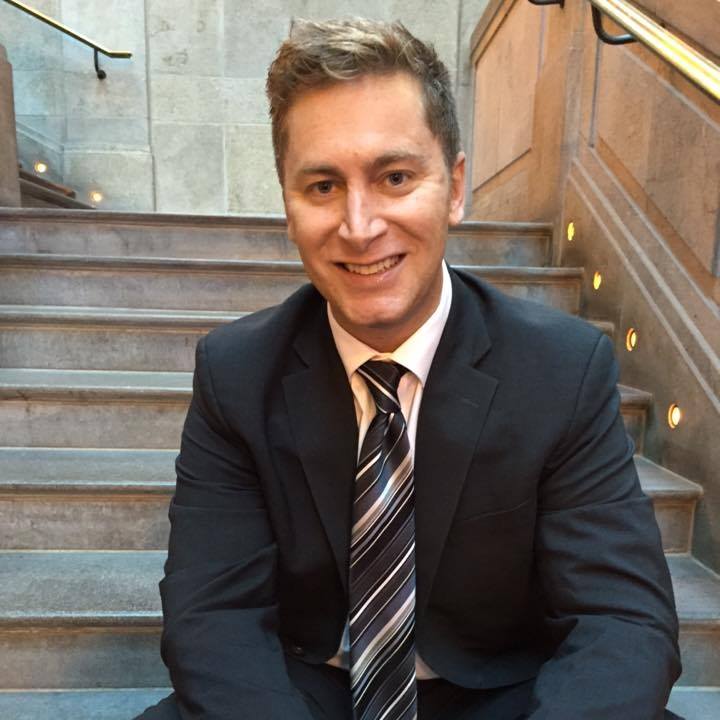 Raised in Montreal and graduated B.Com from McGill University, Dan Shiff has over 15 years working on Wall Street in both NYC and LA, and several other years working in online marketing. He is currently Director of Business Development for a global ecommerce company based in Montreal. He has a passion for extremes, and is often seen sweating at a spin class, baking in a sauna or hot yoga class, and importantly helping others deal with their personal struggles.  He is uber transparent and often unfiltered, and an active member of his recovery communities in Montreal and Los Angeles. He adores his parents, nephews, Bubby, and has a passion for English Bulldogs and Howard Stern. Baba Booey!

Plan Your Year with a Resolution Each Month

The One To Love On Valentine’s Day

Whenever Challenging Feelings Arise Practice THIS

Cheryl Rich: On Redemption and Transforming Trauma to Joy