Half a life ago, and Half a life to go… I moved to Los Angeles exactly half my life ago.

No money, no job, just the determination to create a better life with a career that mattered where I could live a good, hopefully, healthy life, and influence careers and pop culture.

I didn’t know whether I’d be a writer or a singer or a musician or a producer or a dee-jay or a pool man or a plumber, but I knew that I needed to find the busiest intersection and I needed to get myself into the center of where the action was.

With belief that if you put potential and ambition at the crossroads of the busiest intersections, that the sheer force of the oncoming traffic would either carry you to your next destination or to your final destination.

Either way, I wasn’t going to wait for the tide to come in, I was certainly going to make waves.

So in April of 1988, I pulled off the freeway at the corner of Santa Monica Blvd and Sepulveda in West Los Angeles. The gas tank in my 1972 Dodge Van was on empty, but my adrenaline was running full. I took a deep breath, and saw a rat crossing the street from the old lumberyard going into the back of Harry’s Barbecue and I breathed… 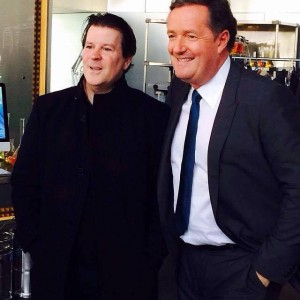 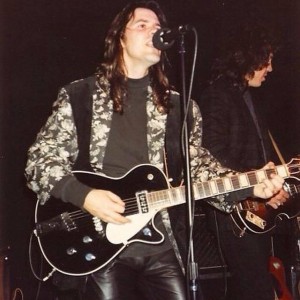 John Ferriter is currently the Chairman & Ceo of the Alternative. Formerly the Worldwide Head of Non-Scripted Television and Board Member at the William Morris Agency, he is responsible for spearheading the rise of Reality Television. In addition, he is a singer/guitarist/bassist for the long running successful Santa Barbara based band The Tearaways.

How To Deal With Difficult In-Laws