As we embark upon a New Year, a story about finding your calling, bravely changing course, and living life on YOUR OWN terms.

I once lived a life that wasn’t truly my own.

It all began when I decided to go to law school. I made that decision not because of any burning desire to become a lawyer, but more likely, out of fear. I desperately wanted to fit in with my friends who were following the professional fast track. Deep down, I was worried that my artistic sensibilities would drive me to a life of poverty, despair and dead-ends. This was long before I heard about the universal laws of abundance: when you truly do you what you love and follow the path that was destined for you, the doors of prosperity open wide. I figured I could fulfill my artistic side by reading, going to the movies or catching live music on weekends.

After graduation, I accepted a position as in-house counsel for a Canadian bank in Toronto. There were few artistic souls in the company and that job nearly crushed mine. Afterwards, at the height of the dotcom boom, I was lured to Manhattan by a large corporate law firm. The offer was enticing: the work sounded interesting, the package was tempting and I was given an unlimited expense account as a sweetener at the age of twenty-nine. I accepted the offer on the spot. How could I refuse? Once again, my artistic side took a back seat.

This time, it nearly suffocated me.

I worked 13-hour days, fuelled by excessive amounts of coffee and ambition. In the pursuit of a corner office, I did terrible things to my body. Exercise and fresh air were foreign to me. I skipped meals, replacing them with Starbucks venti lattes, soda and candy bars. When I did eat, my choices were guided more by what could be gobbled up in front of my computer in less than 10 seconds flat than what might be good for me. I killed my eyes reading contracts until the wee hours and nearly suffocated myself under piles of stress that were weighty as the prospectuses I was reviewing. At the time, I was diagnosed with a chronic illness but instead of listening to my body’s messages, I took medication and drank more coffee.

Not the best idea.

Buy hey, I was brushing elbows with the most powerful and successful players on Wall Street, enjoying the world’s most prestigious restaurants (or at least their take-out menus), gallivanting in posh summer houses (cell phone in hand) in the Hamptons and, in my very spare time, shopping at Louis Vuitton and Chanel. Mine was a fabulous existence.

With a bit of hindsight, I now realize that I let myself be enthralled by the romance of living and working in New York City, hoping that my life would look like Carrie Bradshaw’s, but the glamour, fancy parties and prince charming never showed up. There was a big hole in my life and I was profoundly unhappy about it. I dreamed of creating something but didn’t know where to start. I was passionate about many things, including jazz, fashion and books but didn’t know if I had any talent; or if I did, where my talents lied. I even considered applying for a position as in-house counsel for a major fashion house, but those plans never panned out. I now understand why: I would be helping a stranger’s artistic dreams come true. It was time I figured out my own.

Then one day I had a life-altering encounter on the streets of Manhattan’s Upper East Side.

On a dreary Sunday afternoon in November, an old woman with deep, penetrating eyes and a strong eastern European accent stopped me on the sidewalk to tell me she had an urgent message for me about my career. She showed me her card: Her name was Christine and she was a psychic. I was desperate for some guidance about my professional life and thought she might shed some light on the matter, so, for some inexplicable reason, I followed her home. What could have been a fatal mistake changed my life forever.

Squinting into her crystal ball, she asked what I had dreamed of doing with my life as a child. I initially balked at the question. I was embarrassed to admit that I had run away from my dreams and more importantly, my true self. Given her powerful powers of clairvoyance, I was forced to admit that as a young girl, I was interested in ballet, theater, music and writing. I recounted happy memories of me writing short stories as a child and my dear grandmother reading them out loud.

Christine nodded knowingly. She told me I was an artist and missing my calling as a successful writer. She also told me I was supposed to write a book five years earlier and that I had missed the boat. Unless I embraced this talent, her tarot cards told her, I would never be happy. She also told me that New York wasn’t the place for me to be so she strongly advised that I move back home.

At first I brushed it off as nonsense. I had invested 10 long years of my life in a profession and wasn’t about to throw it all away based on what some psychic told me. But on some level, I couldn’t ignore it. I had always felt the pull of the artistic side but never had the guts to explore it. I was too busy billing hours and being self-important.

It took me months of soul searching to realize that she was right. But when I did, I didn’t waste any time. I resigned from my cushy job in Manhattan, moved back to Montreal and signed up for creative writing classes at Concordia University. I’d never felt better. I stopped mindlessly shopping online and going to fancy restaurants, I was investing in a far loftier pursuit: my dreams.

While in Montreal, I also signed up for some jazz history classes for pleasure. As part of his teachings on improvisation, our professor suggested we read Composing a Life by Mary Catherine Bateson. This book had a profound impact on me. The author views the way we live our lives as an artistic process in itself and, just like a painter or a jazz musician who puts together disparate elements that need to be in some kind of balance, so do those faced with difficult life-altering choices such as a career change (or a divorce).

Her book made me realize that life is not one long uninterrupted journey but rather a series of unexpected pit stops that can take the most extraordinary directions.

These classes and the change in my lifestyle gave me the confidence to take a nine-month sabbatical to write the first draft of J’adore New York. It was a daunting project at first: Sitting alone in my quiet apartment in front of a blank page without a cell phone or anyone to talk to was somewhat alienating, but it soon turned into the most exhilarating experience of my life. I will never forget the first time I laughed out loud after reading dialogue I had just written in the novel. It was a moment of pure bliss that I had never felt before doing my previous work. 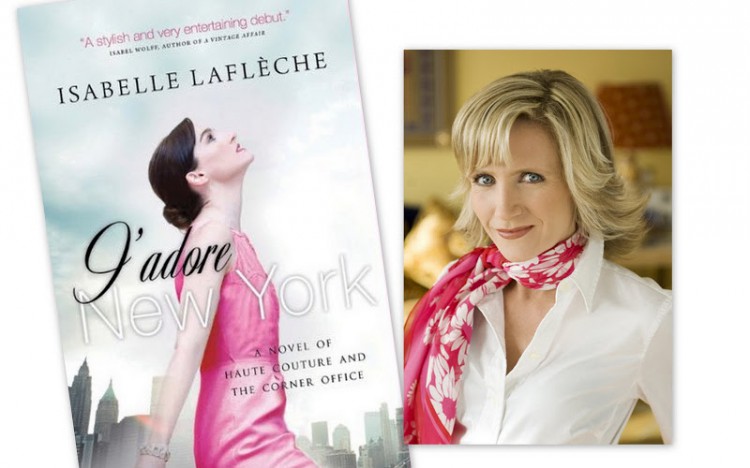 Once I had completed my first draft, I sought feedback from close friends and family members who were extremely generous with their time. To my surprise, some former colleagues, the very lawyers I poked fun of in my novel, took pleasure in providing feedback and suggesting some jokes.

Finding a publisher was no easy task either, but once I completed the manuscript and put my mind to it, there was no stopping me. The laws of abundance worked their magic and the doors of prosperity swung wide open.

Truth be told, it was difficult at the time to explain (and justify) my life choices to my colleagues and immediate family. And it was even harder to cut back on the lifestyle I’d become accustomed to. But I’ve never second-guessed my decision. I’ve since given up drinking coffee and soda and replaced them with herbal teas and I even took up yoga. My health is now in top shape.

Today, I am immensely grateful for the opportunity to write books and do what I love. More than ever, I’m determined to spread the message that when you strive to achieve your most heartfelt goals, anything is possible.

In that regard, I’d like to share five lessons I learned while on this wild and crazy adventure:

I once worked crazy hours but had no spare time to pursue my artistic passions. Sure, I was making good money but I was seriously unhappy. Writing novels and offering writing workshops have been the most rewarding events in my professional life.

When I was working around the clock as a lawyer, I often compensated on weekends by buying things. Although it was fun for a while to parade around town with the season’s “it” bag or shoes, it soon lost its appeal and left me feeling empty. Our souls crave more. Way more.

3. To reach new horizons, you must lose sight of the shore.

According to the French writer André Gide, “Man cannot discover new oceans unless he has the courage to lose sight of the shore.” Making big changes in life, whether career related or otherwise, can be very scary. I went through moments of serious self-doubt and worry. But I managed to sail through the choppy seas by stubbornly focusing my intention on my ultimate goal: happiness, artistic expression, and fulfillment.

4. Success is the culmination of a series of failures.

Like so many authors, when I first sent out my manuscript to agents and publishers, I received countless rejection letters but I never gave up on my goal no matter how discouraged I felt. Eventually, a door opened for me and it was the right one.

5. Never let anyone get in the way of your dreams.

Once you decide to make a major change in your life, many people might feel intimidated or uncomfortable with your willingness to take risks and may even become vocal about it. Don’t let the naysayers rain on your parade, it’s negative energy that you don’t need at this crucial juncture in life. 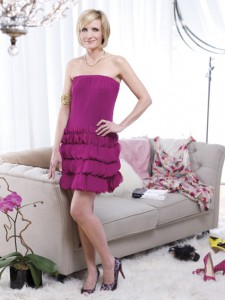 Isabelle Laflèche worked for more than ten years as a corporate attorney in New York City, Montreal, and Toronto before pursuing her passion for writing. Her debut novel J’adore New York became an international bestseller, along with its sequel J’adore Paris. Her best selling books have now been translated into five languages. She also recently published a travel book to Paris, written during her stay in the city of light. In addition to being hard at work on her next books, she now writes on culture, literature, and fashion for the Quebec fashion magazine Clin d’oeil. She lives in Montreal.

Welcome back, beautiful ladies! I loved Isabelle’s story, as it represents being brave, bold and ballsy. Would love your thoughts.

6 Tips To Build Your Own Personal Awe-Inspiring Brand