I was watching 20/20 about three weeks ago, and saw the familiar, funny girl that is Kristen Johnston. But, it wasn’t so funny. It was deep, and it was dark. I was mesmerized. Her story was riveting. I chased her down until I found her, and am thrilled to feature her today on WomenOnTheFence.com.

I give you, actress, author, and activist Kristen Johnston. 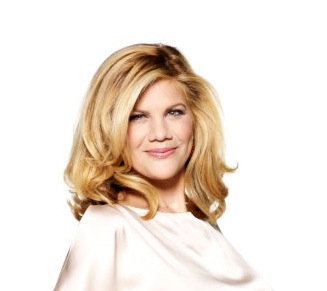 ED – Kristen, take us through your childhood, and how you came to acting, namely your role as Sally Solomon in the hit series 3rd Rock from the Sun.

Jesus. That’s a HUGE question. And one that would take, well–a BOOK to answer!

I guess I’ll say that I went to NYU when I was 17… a 6 foot tall, book-loving, theater geek with a Milwaukee accent that could cut glass and a devotion to booze.

But I LOVED acting so much, and even though teachers told me I’d “never work,” I was “too tall to be cast,” and that I should “give up on theater, the best you can hope for is sketch comedy”–despite this, I was just crazy and stupid enough to keep at it.

I eventually ended up at The Atlantic Theater Company, became a member, and now teach at the Atlantic Acting School (a division of NYU).

But back to Sally. This was actually a time when networks made tons of sitcoms, so I was auditioning for 4 or 5 a day. But there was something about this script, this character, that I just knew I had to have it.

I go into much greater detail in GUTS, but this role obviously changed my life forever in both beautiful and terrifying ways.

“Famousness” did not fit me very well.

ED – You recently opened up about battling addiction in your riveting new book, New York Times Bestseller GUTS. When did your struggles with addiction begin? How did you know it was more serious than just some hard “partying,” and that you were no longer in control?

It began in high school, when I was a sophomore and I realized I could out-drink the varsity football team.

But in the mid-west at this time, this was actually seen as a charming attribute. “Oh, let’s invite Kristen, she’s FUN!!!”

At NYU and after, I drank much less because my devotion to becoming an actress overtook everything else.

But when 3rd Rock happened, it felt as if the rug had been pulled out from under me. I want to stress, that it was NOT the show part… that was wonderful. It was everything else. As I say in GUTS “I realized I loved everything about being a ‘famous actress’ except the ‘famous’ part. 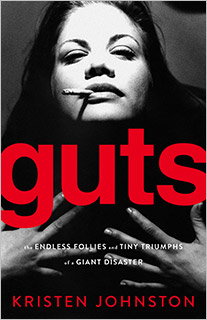 At some point, perhaps during 2nd or 3rd season, I had a terrible migraine and was given a shot of morphine….and that was it.

People think addiction happens in an instant, that’s not true. It took years and years until I finally gave in and started taking painkillers every day.

Truthfully, the worst years of my addiction happened after 3rd Rock, after I moved back to New York.

I can’t pinpoint a specific day or moment when I realized I was in big trouble. I guess it was more a dawning horror. And even then, denial takes over and you convince yourself that “this is the last time” or “one more and I’m done” or “I can stop whenever I want to.” But most of the time, you just refuse to think about it. Denial is, without question, the most powerful and baffling aspect of addiction.

But I’ve found, the element of this disease is the most devastating to the addict’s loved ones. When I got back from rehab, so many friendships changed so much, and I realized that I had the amazing chance to go rehab and get better, but some of my friends and family were still very hurt and confused and angry. They were supposed to be “all good” now? Proud of me after I’d lied?

Loving an addict can make you just as sick as the addict themselves, but very few people address this. I’ve begun to realize that most people take addiction personally, when the cold, hard truth is: it has NOTHING to do with them, or whether the addict loves them or not. Because when an addict is in the throes of this disease, no amount of your love can save them.

ED – You have spoken about wanting to battle the stigma and shame of addiction. I interviewed Mackenzie Phillips and her goal was the same. How do we do this? Did finding the courage to lay yourself bare in GUTS help with diminishing that stigma- getting open and honest?

I truly see addiction as the same as Leukemia.

Do people blame people for getting Leukemia? No.

But, if you find out you have Leukemia and you don’t undergo chemo? YES, THEN YOU’RE AN IDIOT.

It’s the same with addiction. Once you have the knowledge and understand what you need to do everyday to keep your disease in remission, great. But if you don’t practice self-care (therapy, yoga, meditation, 12 step meetings, or whatever help means to you), THEN, AND ONLY THEN, have you done something “wrong” or “shameful.”

I’ve been very honest, and it’s incredible to hear from people around the world that have been inspired to do the same.

ED – We have all seen the tabloid headlines of celebrities being arrested for DUIs and public intoxication – in your opinion, what makes Hollywood such a hotbed for addictions? Is it the pressure? The temptations? What is it about the industry that is so attracted to the dark side?

Like I say in GUTS, “When a highly sensitive person with low self-esteem and a deep-seeded need for approval becomes overnight famous, is suddenly “celebrated” everywhere they go, is stalked by knuckleheads with long-range lenses, and then is given truck loads of disposable income, the end result can be a human being who is simply an shell, a hologram of who they once were. They are now creatures consumed by an unrelenting emptiness that nothing will fill.”

But, I want to make very, very clear that since GUTS, I’ve received thousands of letters, emails, tweets, Facebook posts and comments on my website from people affected by addiction, and NOT ONE has been from anyone in the entertainment industry. This is a national epidemic, a health crisis that has touched the lives of every single person reading this sentence.

I think it makes us feel better to think “Oh those crazy actors,” or “Poor Whitney, Lindsay, etc,” when the reality is, it’s your banker, your postman, your sister, your father, your cousin, your child, your husband, you.

It’s not just Hollywood, not by a long shot.

ED – You have taken on a remarkable project called SLAM. Tell us more about how and why you got involved? 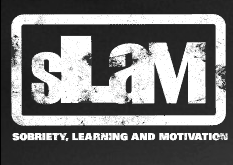 I founded SLAM, which stands for Sobriety, Learning And Motivation (slamnyc.org) because when I got sober, I learned what a devastating health crisis addiction is for teens. Our goal is to see that New York City will one day have its own sober high school.
There are over 30 sober high schools flourishing across America today. The Boston area ALONE has FOUR.

This is so wrong, in my opinion. These schools SAVE LIVES.

Here’s the deal: according to a recent Columbia University survey, ONE out of every THREE teenagers in the U.S. today meets the medical criteria for an addiction. ONE in SEVENTY teens will go to rehab (that is, if they’re lucky). If you send your kid to rehab and they go back to a regular high school, you might as well have flushed that money down the toilet: 90% of these kids relapse. 80% in first 30 days. But if a kid goes to a sober high school, 70% of them graduate drug and alcohol free.

It’s a no-brainer. Yet despite massive amounts of time, meetings, research and energy, we can’t get a “yes” from the board of education. So just last month, the board decided to make it a private school with a large percentage of the student body scholarship.

We don’t know what else to do. But we refuse to give up.

ED – Would you say you are in your “happy place” today? And what does the future look like for Kristen Johnston? What is the dream?

I’m in the best place of my life today. I don’t know what the future will bring. None of us do. I’m happy today, that’s all I know, and I now take life, one day at a time.

Did anything resonate for you in this interview? Feel free to leave Kristen a comment. She will be reading.

Wordless Wednesday: Sex in the City