Did your mother ever tell you to keep some “mad money” around just in case? Mine did, and hers was in the bottom drawer, towards the back of her small jewelry box. Relatively speaking, it was not a lot of money. I believe it was anywhere between two and four hundred dollars, depending on the time of the year. But the important thing was that it was a secret from my dad. Even though she frequently dipped into this fund to buy the holiday and birthday gifts for my dad, she never told him it was there.

My mother was a wife at the age of 18, and was married to my dad for forty years. This was a long time before separate checking accounts were a common thing, and she would never have considered not consulting him on a major purchase. So, the concept of her hiding money from him was a VERY big deal.

So, the question I bring to you is…would you consider having mad money or a separate account that your spouse doesn’t know about? If so, what is that money for, why do you have it, and how much is an acceptable amount to keep?

Why Do We Hide This Money?

Most people seem to think of the concept of “mad money” as enough for a new pair of shoes, or an expensive lunch out with the girls that does not come out of the family budget. Conversely, when you talk about a separate account, then you’re probably looking at a larger sum of money. Perhaps that money was left-over from your single days, or maybe it was an inheritance that you received after marriage. 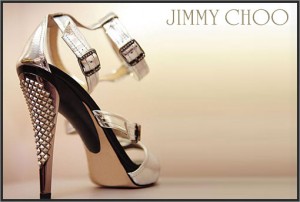 If you’re holding onto some extra money, so that you can buy some incredibly expensive and beautiful shoes once in a blue moon without your husband knowing exactly how much Jimmy Choos cost, I’d say you’re probably okay. If you work hard for your money, aren’t you entitled to treat yourself every now and then without judging eyes? (If you can afford it of course).  If you are the victim of domestic abuse, you absolutely should put some money away (and contact a shelter to help yourself), in a safe way.

So why do women hide money from their partners? In general, the most common reason for people to hide money from their partners, is because they are worried that their spouse will not agree with the choices that are being made. The choices may include the amount of money that is being spent, or even the way the money is being saved. I know my father would have told my mother every horror story in the book to keep her from hiding cash (gasp!) at home… in a jewelry box… right next to our old Girl Scout pins.

How Much To Put Away?

Come on, tell the truth. Do you have mad money? If you have an account, or have thought about stashing some money aside, how much is the appropriate amount to have? 50 dollars? 500 dollars? What about 800,000 dollars?

Yes, you read that correctly. In 2009, a woman named Nazita Aminpour sued Chase Bank, because they allegedly called her husband and recommended to him that they should change the way of investing the $800,000 that was in an account…in her name…that he knew nothing about!!! Yes, $800,000 she had been stashing away. In order to placate her husband, she had to give him $155,000 and she sued Chase for that sum. Gulp!

Is It A Good Idea?

Jesse B. Brown, president of Krystal Investment Management, has been quoted as saying “ Hiding money should never be an option, because it’s deceitful.” Obviously, there are exceptions, but have you thought about why you cannot simply tell your spouse that you have this extra money, and it’s for a rainy day, perfect shoes, or whatever?

Relationship experts have agreed on one thing for a very long time now, and that is that effective communication is vital to a healthy relationship. If you consider the huge amount of marriages that end every year in divorce, as well as that the leading cause of divorce in the United States is currently financial problems, it might make you want to rethink that secret account.

If you’re keeping a lot of money secret, or if you find yourself lying about how much money there is, you might want to ask yourself why. Is it due to addictive behavior, or perhaps a fear of not being able to provide for yourself or your children?

There really is not any one size fits all, cookie-cutter type of answer. And the goal today was not to advise you if you should or should not have mad money. At the end of the day, you are the only one who can decide what the best way to handle your finances is, and many women all over the world have some extra money squirreled away.

Lindsay Blanche is a part-time blogger, part-time teacher and full-time mom. Lindsay started GrantsForSingleMother.org because she wanted to share the information she had acquired over the past 13 years. Lindsay is a single mom with two teenage daughters that she has raised by herself. She lives in Central Texas. Lindsay has spent a lot of time looking for financial assistance with various things over the years, and realized not long ago that it shouldn’t be that hard to find out who can help you when you need it. Lindsay hopes that she can help other single parents find help when they need it, so that their families never have to go without.

A Contest and Giving Back

Los Angeles and Being Back On The Fence