Happy New Year and welcome back to another year with WomenOnTheFence.com! We’re going into year 5 and I honestly don’t know where the time has gone…

As I reflect back upon the past 5 Januaries, I realize that I have come back every New Year with a different attitude. One year, our first January post was called What If You’re Just Feeling Lazy and Unmotivated! It went like this:

“So far, in 2010, I’ve put on 5 pounds, I haven’t been to the gym once, and I’m feeling kind of lazy and unmotivated. My whole inbox has been flooded with emails about keeping new year’s resolutions, sticking to the plan, and Oprah’s 21 Day Mind Cleanse. I have to tell you ladies, I’m just not there yet. And I’m kinda yuck about it. I wanted to start 2010 off with a bang. So far, NOT. (January, 2010)

Another year, I inspired you to start your own vision board and begin working on your goals.

Another year I urged you to make your own Bucket List. I made mine, and it was quite a popular post around here.

And yet another year, last year actually, we started the year off with Party’s Over. Back To Reality. And No, I’ve Got No Plan. And that went like this:

“This year was the first time I made ZERO New Year’s resolutions for myself. ZERO. If you know me, you what a planner, plotter and strategizer I am. But there was something that felt liberating in making no plans. In starting the year without a map, and just going where the wind takes you. I obviously wouldn’t suggest this for everyone. If you have a hard time getting your rear in gear, then this strategy wouldn’t be the path to a successful you in 2013. But if you are a type A, hard working hustler, then I highly suggest loosening the reigns. It turns out, it’s very liberating. Kinda like going out without a bra. YES!” (January 2013)

This year, I realized I have only one new Year’s Resolution. One thing. I posted it on Twitter thinking it would evoke laughs and eye rolls. I’m sure it did. But it also received encouraging feedback. And many of you got it. Honestly, this year, my one resolution is…

My New Years resolution: I’d like to become more domesticated. Sad, but true.

My New Years resolution: I’d like to become more domesticated. Sad, but true.

Yup, that’s it. Kind of anticlimactic, but this is my judgment-free zone after all (and yours too). The boys and I came back from a wonderful trip in South Florida last Thursday, and I spent days cleaning, getting organized, cooking, nesting. And instead of it feeling like a chore, it felt surprisingly wonderful. I derived an odd, calming sense of satisfaction from taking my time around the house. When I got into bed at night, I lay in my bed looking at the pretty new books on my nightstand, and my aromatherapy bottles lined up neatly in my bathroom. I went to the kitchen to make a cup of tea and saw my colorful cookbooks perfectly stacked and my counters clear of old clutter that had been there for months. Heck, I even ENJOYED cooking – and I CAN’T COOK! I somehow loved getting lost in the little things around the house. Granted, maybe it’s because I didn’t work for two weeks, so I do have to call myself out on this. But I really have enjoyed being the domesticated Diva. It is a weird moment for a businesswoman like myself. 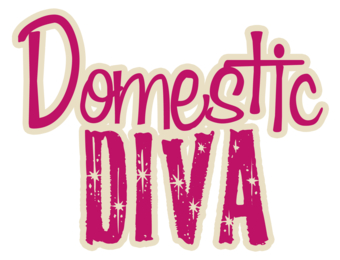 So, that’s my New Year’s resolution for this year. For all my years as a businesswoman, I want to find the home balance this year. And who knows, I may discover that I’m very undomesticated after all, and that it really isn’t my thing. Who knows? I’d like to try, though. It feels right.

And perhaps one more resolution, once we’re making them. It’s about my newly-turned 7 year old son. He’s great at being the captain of his hockey team, but I still have to wipe his ass after he makes a number two. He claims he can’t clean it “as well as mommy.” He claims he “doesn’t like the feeling” after he wipes it himself. But, after months and months of trying to teach him, I have decided he’s on his own. We’re goin’ cold turkey. He’ll have to learn to live with a little dirt down there. I practically feel like the mother in the movie Grown Ups who breastfeeds her 7 year old son at the park. NO MORE.

AND FUNNY ENOUGH, I WAS JUST NOTIFIED:  http://adayinthelifeofkat.blogspot.ca/2014/01/changing-attitudes.html

On The Fence About Old Spice