I never thought divorce would happen to me. I had a friend who was going through one at the same time that I was. Her favorite thing to say was, “I didn’t get married to get divorced.” Really? ‘Cause I did! Planned it from the start! After countless times of hearing this precious little phrase, I wanted to knock this girl to kingdom come.

So there I was, 33 years old, three kids, and divorced. My three boys were ages were 3, 5 and 7 by the time the Big D was done. I didn’t consider dating for about a year. Then came boredom. Now believe me, with three boys ages 7 and younger, there is little time for true boredom. But there is this sense of boredom with being alone, or maybe it is just the evolution into readiness to date.

How do you even begin to date? I had begun accumulating divorced friends. It is a real phenomenon. Once you are divorced, single/divorced friends magically appear. It was either that, or people started dropping like flies into divorce. I had a few friends and we tried going out. There were men who would ask for my phone number. If they “seemed normal” and I gave it out, most of the time there was never a call. There were the young men. At 33 and beyond, I began to feel like one of the oldest people in the bar. If a guy younger than 30 hit on me, I wanted to know what bet he was trying to win. It was not flattering or funny.

An aside: “Seems normal” is my new mantra. I start almost every weird, bad or scary date story with, “he seemed normal.” It is a running joke at this point.

So, I started doing online dating. It is scary and kind of fun all at once. At first I didn’t tell anyone. I felt self conscious. I thought maybe it meant I was desperate or unable to get my own date in the real world. So it was my little secret.

After I created my profile, an agonizing process of writing who you are and what you want and finding a flattering photo, I immediately began getting message after message and wink after wink.  I realized later that I was fresh meat. I had date after date. It is a good feeling to feel so popular and sought after.

Of all my bad dates, “Sweeten the Deal” guy is still my favorite. “Big Frank,” as he was known, was someone who, in your worst nightmares of bad dates, you could never see coming. He told me that I would have to “sweeten the deal” in order to have a second date with him. Really?!

Many years have passed since Big Frank. For most of those years I was the ‘one-date-wonder,’ and my friends would chastise me for not giving people a chance.  They would call for a date-report to find out what was wrong with him. I always found something wrong. But I didn’t view it as me not giving people a chance. I just knew what I wanted. I think one of the mistakes many women make is that they don’t follow their own rules. They know what they want, but when a deal-breaking flaw rears its ugly head, they make an excuse or look the other way. Often the fear of being alone is greater than the fear of being with the wrong person. I did not have that fear, and I got very good at culling information to find out if my date was someone worthy of me and my boys. 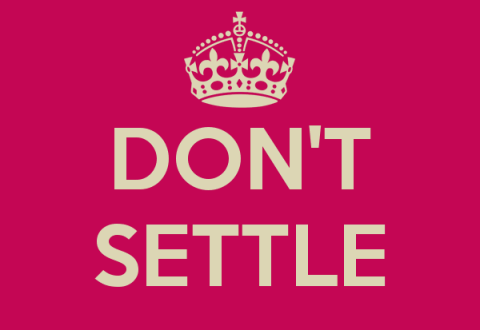 If I have learned anything that I could pass to other women, it is that your mantra should be:

I would rather be alone for the rest of my life, than be with the wrong person.

Shall I say it again?

I would rather be alone for the rest of my life than be with the wrong person. And this holds true for all relationships in your life when allowing the wrong people into your inner circle. It’s a very powerful concept. 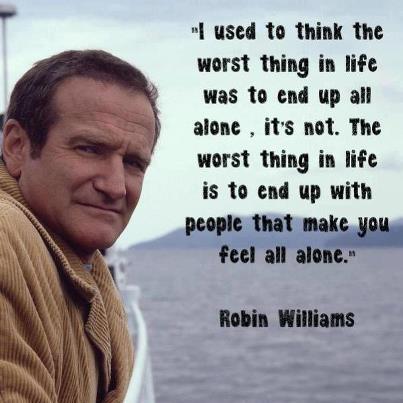 But I believed this with my whole heart, for myself, and for my children. I wanted a man that three young, impressionable boys could look up to and learn from and aspire to become. I wanted a man who would always do the right thing when no one else was looking.  That is my definition of character, and if I couldn’t find it, then I was happy with myself and my children.

But guess what? After being the ‘Queen One-Date-Wonder,’ after weeding through six years of online dates, set-ups and random dates, I met a guy. Online, no less.

When my friends called to find out what was wrong with him, I said, “I got nothing!”  After repeating this line of questioning for weeks, they finally realized I had something.

I found a man who loves me.  He respects me.  He is funny and smart and above all, kind. He’s a good father, friend, brother and uncle.  He knows who he is and what he wants. He loves his two girls. He loves my three boys. He does the right thing when no one else is looking. He is everything I ever wanted and more.

There is nothing better than believing in yourself, because I knew I would rather be alone for the rest of my life than be with the wrong person, and that when I met the right person, I would never have a doubt.

You deserve the right people in your life. No exceptions.

Elizabeth Denham is currently writing a book chronicling her five years of wacky dates in her quest to find Mr. Right. She has a degree in creative writing from Florida State University. Ms. Denham lives in Spanish Fort, Alabama with her new husband and their five children (three came with her, two came with him). She works as a non-attorney representative for Social Security disability claimants and writes blogs related to dating, children and life post-divorce. She blogs at youcantmakethisshitup2010.blogspot.com, ishouldbegranitebynow.blogspot.com, and heavenisbetterthanflorida.blogspot.com.  You can find her on Twitter.

What do you think? Have you ever settled for the wrong person? Have you ever sustained a toxic relationship with friends, co-workers, or partners because you didn’t feel worthy of something better? This is a complex topic – WHY DO WE SETTLE?

How To Monetize Online and Grow Your Brand

Sign up for Erica Diamond's Tips for Empowered Living