Just how bad was my drinking?

For years, it probably looked like yours: racing in from a long day at work, my arms full of groceries, I would pour myself a glass of wine to sip while I chopped vegetables and oversaw a little homework. Put something in the oven, top up the glass of wine. Refresh it for dinner, and switch to tea.

For more than 15 years, this was my habit: two glasses of Pinot Grigio: one to unhitch my shoulders from my earlobes, and a second to smooth out the edges. I was a high-functioning professional, mother of an only son, and I loved it. At times, I cursed the busy-ness of it all, but I loved it all the same: the richness of being my son’s mother, the rewards of my professional life. I loved the laughter, the loud music, the friends, the chaos. I even loved rising at dawn to ferry him to the water’s edge for rowing practice.

Then suddenly came the silence of the empty nest. I found myself racing home, tired, at the end of a long work day to a quiet house. No music, no laughter, no homework. Chopping vegetables for one. The stillness was spooky: my two glasses of wine morphed into three. Slowly, over time, I became a three-glass-a-night drinker. I found myself drinking alone: self-medicating loneliness, menopausal depression.

When did my three morph into the occasional four? Several years later, after I moved to a different city for a big job. I was lonely beyond measure. I was no longer drinking to unwind. I was drinking to forget, to numb.

It happened just like that: two became three, which became four. Over a period of 12 years, I became an alcoholic. Not the alcoholic my mother was: she was the classic Sixties poster girl, a stay-at-home-mum mixing Valium and cocktails. I became the poster girl for drinking in a different era: the hard-working professional mother who pours herself a glass of Pinot Grigio as she downshifts from a hard day at the office. Decompression drinking, helping you transition from one work shift to another.

My drinking didn’t end well. Let me take you to a gala, black-tie affair hosted by my best friend of many years. A special evening to celebrate big birthdays of her three children, turning 16, 18 and 21. Like many, I was dressed in my finest little black dress. Unlike anyone else, I ended the evening in a basement bathroom, frozen in embarrassment, drunk. My friend came to fetch me, ferried me home and poured me tea. This is when we had “the conversation.” My son insisted on sitting in. This is when I made the decision to go to rehab. 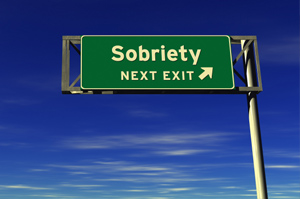 Next month, I will celebrate five years of sobriety by giving a speech on women and drinking at a national conference. I will beg the question, as I do in my new book Drink: The Intimate Relationship Between Women and Alcohol–is alcohol the modern woman’s steroid, enabling her to do the heavy lifting involved in a complex, demanding world? I believe it is. Women are closing the gender gap on risky drinking, and we show no sign of slowing down. We need to take a hard look at what is driving this behavior.

We live in an alcogenic culture, with our very own feminized drinking culture. Wines with names like Mommyjuice, Girl’s Night Out and yes, Happy Bitch; Skinny Girl vodkas and mango-flavored spirits: these aren’t manly drinks.

But are we having an adult conversation about how much we’re drinking, and the consequences? I am no prohibitionist. Far from it. I don’t want to be a killjoy. But how many of us know that 15 per cent of breast cancer cases are linked to alcohol? How many of us appreciate that our chemistry means we become dependent on alcohol much faster than men? Cognitive deficits come faster too–and liver disease. Both occur earlier in women, with significantly shorter exposure to alcohol. Women who consume four or more alcoholic beverages a day quadruple their risk of dying from heart disease. Heavy drinkers of both genders run the risk of a fatal hemorraghic stroke, but the odds are five times higher for women. The list goes on.

Here are a few questions to ask yourself, in regards to your drinking:

Alcohol is an ideal escape valve to many of us. There is nothing wrong with low-risk drinking. Make sure your drinking remains at the low end of the spectrum: count your drinks, pace yourself. And above all, appreciate that alcoholism is a gradual, progressive disease.

It can outfox the best of us. 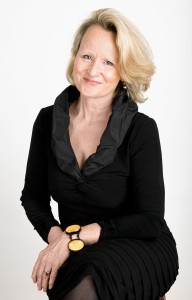 Winner of five National Magazine Awards, a Southam Fellowship, and the Atkinson Fellowship in Public Policy (2011), Ann Dowsett Johnston is a gifted writer, editor and public speaker. A respected advocate in public policy matters, she has a distinguished track record in shaping a broad variety of dynamic publications. She was Editor at Large at Maclean’s Magazine Canada, and Vice Principal at McGill University, which gives her a window into the perspective of young women. Most recently, as an Atkinson Fellow in Public Policy, she wrote an 11-part series on Women and Alcohol, appearing in The Toronto Star, which has garnered wide acclaim and was the genesis of this book. Ann grew up in rural South Africa, small-town Northern Ontario and Toronto, and is a graduate of Queen’s University.

I think this is a relatable topic for many – I don’t mean full-blown alcoholism, I mean the 6 o’clock glass of wine many of us may pour while we’re cooking dinner… you know, to “help us relax after a long day.” Do you agree that women today have an intimate, almost dangerous relationship with alcohol? Can you relate to any of this? I read an article a few years ago, I think it was titled “Mother’s little helper,” in reference to mothers and alcohol and sleeping pills. This is dangerous territory. If you feel things are spiraling out of control, may I suggest you get help immediately at www.aa.org.

Right In Your Own Backyard