As I listened to the voices of a variety of mothers this past year and investigated why mothering daughters today seems more arduous, more difficult than ever, I couldn’t help but think of my own daughters and the pitfalls and rewards of raising them.  As they grew up – today they are 23 and 30– I often struggled with the ‘right’ answers to their requests.

Should I have allowed a curfew that made me worry for hours, just because my older daughter, at 15 pleaded with me and claimed that “all” her friends had the same late curfew?  Should I have said no when she wanted her ears pierced at eight, which felt too young and somehow not appropriate? Not only did I say yes to this, but when my younger daughter wanted her ears pierced at seven, I agreed, figuring that this daughter was immersed in a much slicker, faster world than her big sister, seven years older, had experienced. 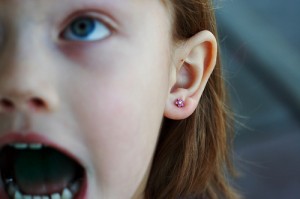 As a mother, I was constantly evaluating the world of young girls, adolescent girls and young women—and struck by the demands made of them. Wasn’t it my responsibility to soften the blows, to make it all easier?

And as I began this project – in big cities and small towns, rural areas and suburbs, mothers everywhere told me that they worried about their dearth of boundaries, but at the same time, wanted to please their daughters. Among those interviewees who had more than one daughter, there was a confession similar to mine, that in fact, they had not actually  learned much from raising the first daughter and weren’t any savvier or better prepared to say no or instill rules with their second or third daughter.

Mothers today say that their grade school age daughters are bolder and more media saturated than their older daughters;  these girls impressed by influences beyond a mother’s word, want what they want. Peer pressure and celebrity culture have invaded the space; they view their mothers as “out of touch, wearisome, unaware.” All the while, these mothers are trying to do what is best for their daughters.  They want to protect and please their daughters to make life easier, despite that this can result in a lack of boundaries, and can stir up great anxiety for the mother.

I am all too familiar with the high anxiety that my interviewees described; this sense that despite your instincts, you cave in to a daughters’ request, in the name of trying to fix things – to minimize or “candy coat” their pain or disappointment, in any arena – be it with a ‘toxic friend’ for a 13 year old daughter to a failed romance for a 25 year old daughter.

Many mothers reported that their daughters had worn them out, to the point where after a long day, rather than battle over such issues as school, socializing (not approving of friends or a boyfriend), shopping, money, you just say “Yes,” even when you want to say “No.” One mother admitted that her will was no match for her 10 year old daughter’s will, and another admitted that she was so exhausted that she simply agreed and said “Yes” in the end to her daughter to have some peace rather than have the drama for hours. 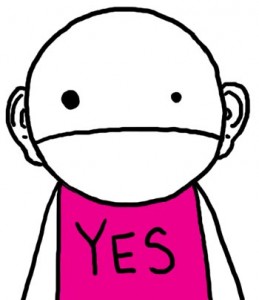 I know how intimidating it is to set rules and the tension that accompanies it. I’ve felt it with my own daughters over the years when I’ve been brave enough in those instances to put my foot down. And then there have been the instances when my rules didn’t mesh and it created more problems.

I remember when my older daughter, then in tenth grade, was away with her friend and her friend’s parents over spring break. I told her she had to be in by 11 p.m. each night. But the other girls were allowed to stay out until one 1 a.m. Thus, by trying to protect my daughter from afar, I was actually putting her in a position where she would be walking back to the hotel room alone, while her friend and the other teenagers remained out together.  I had to recant— and adjust to the ‘rule’ of the moment, and permit my daughter, who was on her own in a sense; to do what was best for her in spite of my expectations.

The moral is that while boundaries are essential, circumstances come up where we have to rethink the rule– and be flexible. It’s not always black and white. We need to look at all the factors, set the rules, and break them in accordance to each new scenario. So, I guess that brings us back to the beginning… We all struggle to find the “right” answers. Oh the joys of motherhood. 🙂

Id’ love to know your thoughts. How many times do you sit on the fence when it comes to your daughters and boundaries? 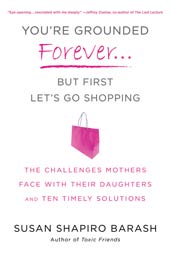 Susan Shapiro Barash is an established writer of nonfiction women’s issue books and has authored twelve books, including Toxic Friends. She has a new book, YOU’RE GROUNDED FOREVER… BUT FIRST, LET’S GO SHOPPING: THE CHALLENGES MOTHERS FACE WITH THEIR DAUGHTERS AND TEN TIMELY SOLUTIONS. Susan teaches gender studies at Marymount Manhattan College. A well recognized gender expert, Barash is frequently sought out by newspapers, television shows and radio programs to comment on women’s issues and blogs for the Huffington Post and Psychology Today.

What Do You Wanna Be When You Grow Up?