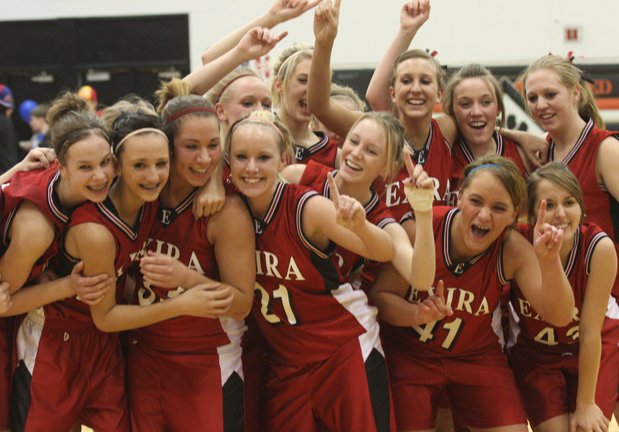 When I was a freshman in high school, my basketball team was small.  In fact, it was so small that we didn’t have a freshmen or JV team.  My coach was tough.  He had high expectations and conducted physically and mentally demanding practices.  I suited varsity, but only got in the last minute or two (if we were winning by enough).  Essentially, I only had the opportunity to play in practice.  However, I battled, knowing that next year could be my year.

The beginning of my sophomore year was different.  It was a huge disappointment for me.  I still found myself sitting on the bench, going in the last minute or so when my team was up big.  The basketball season is a grind, and I don’t care what anybody says, winter sports (basketball and wresting) are the most challenging.  The weather is cold, it gets dark at 4:30, it’s long, there are 3-4 games a week at times… it’s exhausting.  The weak will not survive, and at that time, I was weak.  I begged my parents to let me quit.

They didn’t say no, but they gave me a condition.  I could quit, IF I approached my coach and asked him about my role, and what I could do to get better.

Approach Coach P? To me, this was an absolute nightmare.  I didn’t sleep that night.  The entire school day, I didn’t hear a single word my teachers said, because I was so focused on how and when I would approach him.  I decided in math class that I would do it after practice that night.

Practice flew by.  It always seems like when you are dreading something, time races to the moment.  I took my practice shoes off, put on my sweats, and walked across the gym to what felt like my execution.

Coach was sitting in his office, already creating a scouting report for the next game.  I asked if I could talk to him, and as soon as I sat down, I started sobbing. I was thinking, “OHMYGOD OHMYGOD EMMA STOP CRYING,” but I couldn’t.  My disappointment and self-doubt all exploded into a disastrous ball of emotion.  So here I was, bawling in front of the man I feared most in this cold dark world… and I mean bawling, and do you know what he did?  Coach gave me a huge hug.

He let me talk (at least through my sobs), and then he let me listen.  He was honest.  He told me that I wasn’t ready.  I was too weak to be on the floor when it mattered the most, I didn’t work hard enough in the offseason, but he told me that I had potential, and asked me to stick with it.

I am honestly crying as I write this, thinking about how grateful I am for that moment with him, and for the guidance from my parents.  I finished the season, despite a lack of playing time, and worked hard that summer. The next year, I played in every single game.  I was awarded Honorable Mention All-Conference, and our team made it to the substate regional final, where I had 15 rebounds against IKM-Manning.

The following year, I was a senior captain and starter.  After the best athletic season I have ever participated in , my team made it to the first state tournament since the 1960s. I was again an All-Conference selection, and was invited to play at the Iowa All-Star Basketball game in Cedar Rapids.  My senior year laid the foundation for a 2010 team that would win its first state title.

They could have badmouthed my coach in the stands, wrote terrible things about him on social media, or encouraged me to quit.  I know this because as a coach, I get a lot of this every single season.  I have even had parents take a picture of me, and post it on facebook with some very nasty comments.  I have also had to ask my parents to escort me out of one of my games, because I had parents waiting to confront me in the lobby.  However, my parents didn’t make this about themselves; they made it about the relationship between my coach and me.

To this day, Coach P has been one of the most impacting people in my life.  Finding the courage to approach him, and having the ability to trust his honesty led me down one of the greatest paths in high school.  Now as a high school coach myself, basketball continues to be one of the biggest pieces of my life.

I urge all parents to encourage your children to fight their own battles.  Have your kids come talk to me, but also make sure they are open to my honesty.  I am not going to tell your child she deserves to play if she doesn’t.  Coach P did not lie to me.  He told me I wasn’t good enough to play yet, and I accepted that.  In fact, I felt that he respected me enough to be honest with me.  It motivated me, and I worked harder, until it paid off. 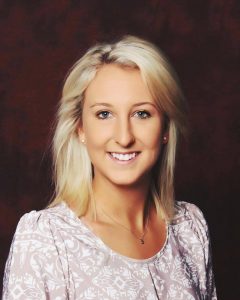 My name is Emma Walker, and I am 26 years old.  I teach high school English and language arts at Atlantic High School, in Atlantic, IA.  I am the head varsity volleyball coach, and assistant basketball coach for the Atlantic Trojans.

Disclaimer: This post was republished with permission from Emma Walker.

Aging, Body Shaming and What That Means for Us All