Silicon Valley believes that if you aren’t failing frequently, you aren’t risking enough. This philosophy serves the high-tech capital well, but chances are you likely don’t follow that same approach in your own life.

But you should. Because failure is your friend.

Henry Ford — one of our great inventors and someone who failed more often than he succeeded — said “failure is an opportunity to begin again more intelligently.” And yet, more often than not, we fear failure and avoid it at all costs, even if it means sacrificing opportunity and potential happiness. We let fear paralyze us until we’re stuck in inertia, when we should be embracing “good” risk and failing up.

What’s so great about failure?

It’s our failures, not our triumphs that shape us the most and make us better, stronger, and more compelling. Perseverance and experimentation teach valuable lessons, even (and especially) when things inevitably don’t go as planned. Giving yourself permission to fall down can be a win. It cultivates patience, teaches hard lessons, and — if you commit to analyzing what went wrong — makes you exponentially stronger the next time around. 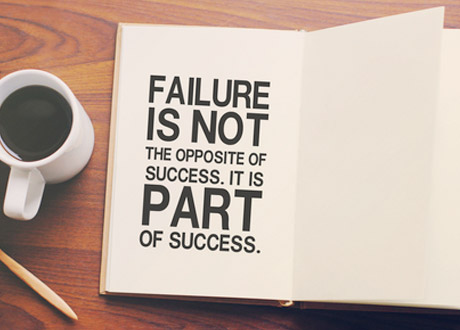 At the start of 2015, I felt immune to failure. I had my health, a serious relationship, and a flurry of career prospects. But within a matter of months, the relationship ended, I moved abruptly, and my health status became frighteningly precarious. A life that was (seemingly) full of stability wasn’t. But after months of proactively picking up the pieces and healing — both mentally and physically — I learned something: Failure is merely change. And change is always present; it’s constant. And the sooner we learn to flourish in an ever-changing environment, the more failure will help us grow, not derail us.

Failure and success are not opposites; they are complements on the same spectrum. But we’ve largely lost patience with cultivating success through failure. We want instant gratification, but history demonstrates time and again that its arc is long — and our definition of success needs to attune itself accordingly.

So this year, redefine failure and your relationship to it: What does it mean to fail? Our efforts will continue to fall short, so perfection and “safety” are not the answer, but we can use the shortcomings and missteps as opportunities to grow from adversity. Just remember: Growth doesn’t merely happen when we fail. It requires active sense-making and deliberate reflection. Failure — like most everything in life — is what we make of it.

So constantly push yourself out of your comfort zone, surf fear, and enjoy the happy accidents the fumbles serve up along the way. 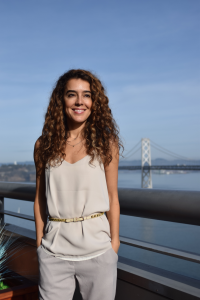 Anna Akbari, PhD, is a sociologist, writer, and entrepreneur. She is the author of Startup Your Life: Hustle and Hack Your Way To Happiness. Twitter: @annaakbari

Would love you thoughts on failure, or as I like to call it, failing forward. I don’t believe in failure per se, I believe in falling down, learning the lesson, and getting up and moving forward stronger and the next time out to the gate. What say you?

Behind the Stigma of Single Mothers

April 7, 2017: A Women's Wellness and Growth Conference in Montreal!