I haven’t checked in since last week, as my kids have been on Winter Break this week. I have been spending some good quality time with them. Good quality time that came to a screeeeeching halt on Monday. I’ll spare you the projectile vomit details that came two hours after my 9-year-old son hit his head on an ice slide after skiing.

I was by the lake alone with the two children when this happened, so I immediately rushed myself and the two boys to the local hospital, still wearing our ski clothes. Shaking, frazzled and frightened, we waited the six critical hours post head trauma to ensure that we didn’t have a Natasha Richardson case on our hands. And after my husband raced up north to the hospital in 30 minutes flat (a drive that normally takes 50 minutes), it was these images below that captured the essence of the moment. I was praying my 9 year son was going to LIVE, and  here was my little 6 year old son, trying to make the best out of a “boring” 4-hour wait at the hospital. Do you see this guy? Trying to mooch a screen from the strangers sitting behind us. 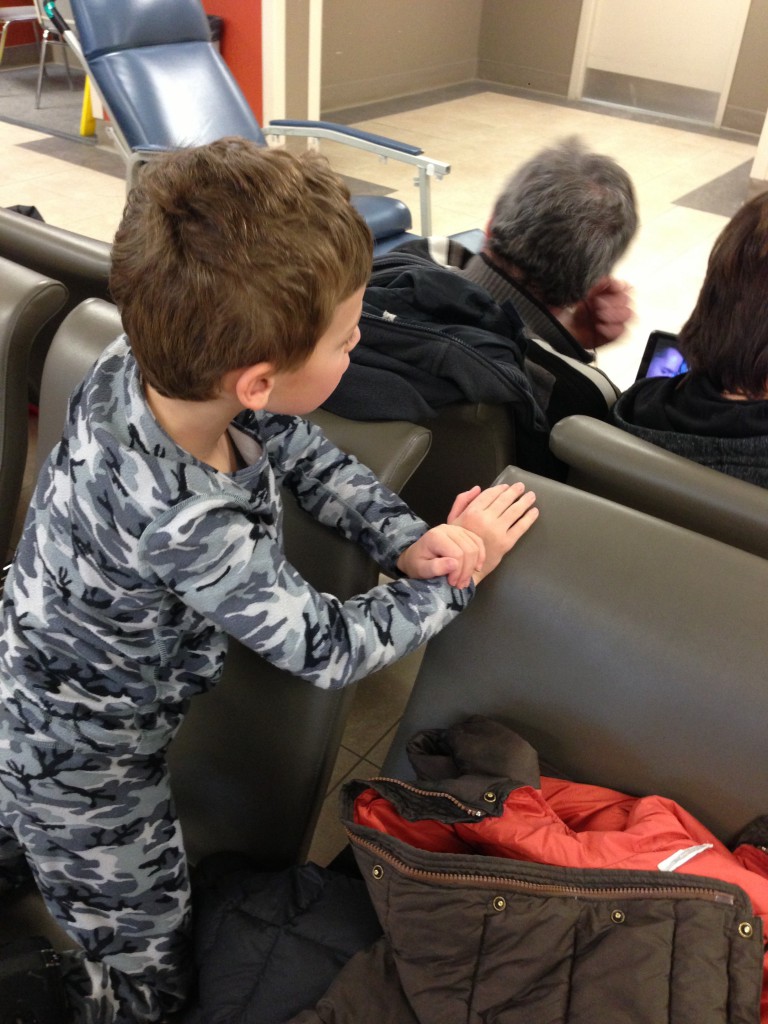 And then came this one– after those two guys up and left with their DVD player, so did my son. He moved over to mooch more screen time in the corner. Gotta love the masked kid watching him. 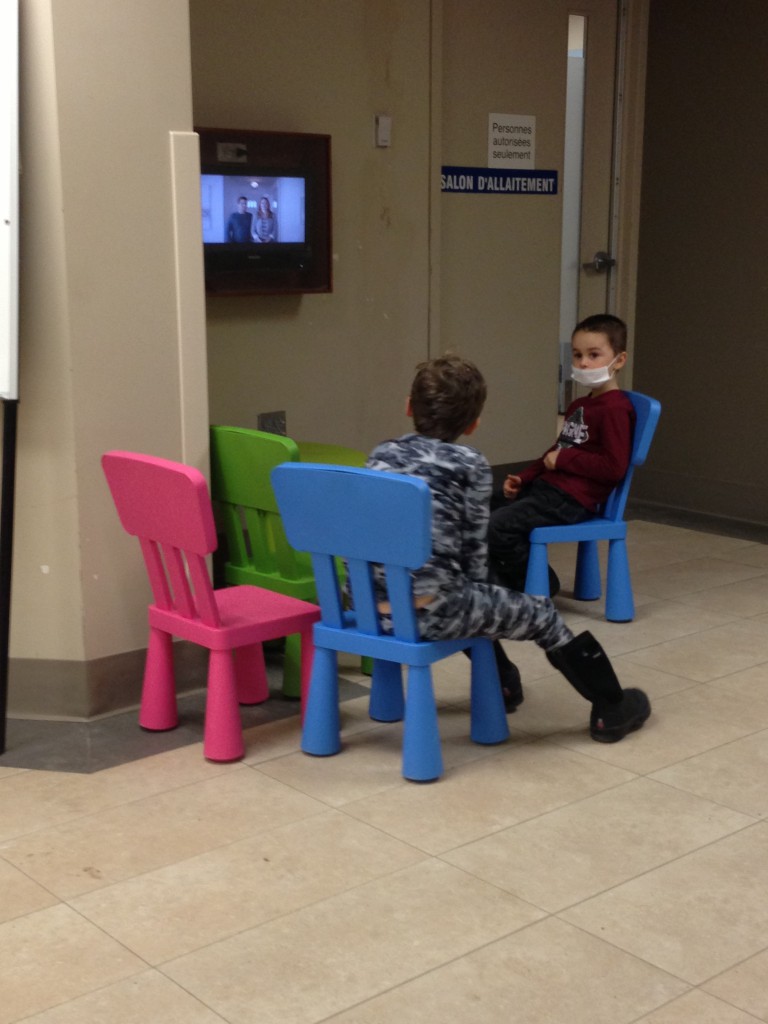 I think the moral of the story is – in the scariest and darkest moments, humor heals. Humor is everything. I was laughing and crying at the same time, just trying the make the best out of such a frightening situation. And well, another lesson– you’ve gotta try to make the best out of ANY situation in life. I know that my little guy above inherited that trait from me – I have always tried to make the best out of whatever hand I’ve ever been dealt. There is little point in swimming upstream, against the current.  But rather, going WITH the current in life, is always your better option. Any time. Any day.  I learned a while ago to stop trying to swim upstream.  I try and move with the flow of life, and it has made all the difference. 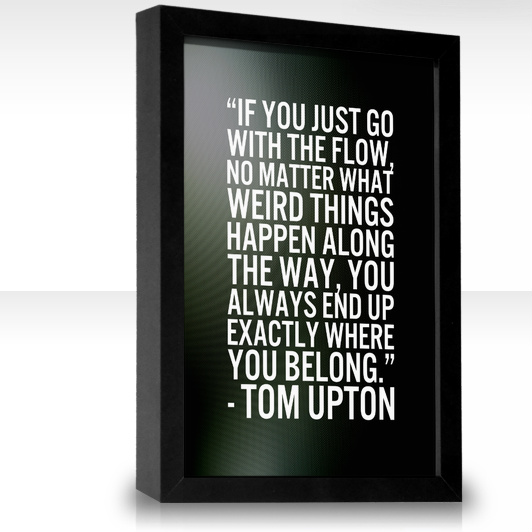 So today, I am feeling thankful that he is doing better. We’re resting, and laying low. But I haven’t left his side for 30 seconds since Monday. 😉

Single On Valentine’s Day: One Woman’s Story of Tragedy, Triumph and Resilience