Being a psychologist is a challenging and intensely rewarding experience.

In my day job, I am a psychologist. Sounds humble enough, right? In my therapy role, I work with many types of patients, but mainly with women who have an eating disorder (usually anorexia or bulimia). It’s the world’s best day job, and I mean that sincerely. 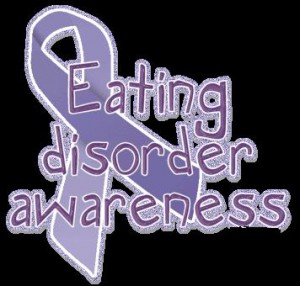 I should probably tell you how I came to be so lucky as to become a psychologist (and to be working mainly with women clients) in the first place. First thing, is that I was blessed with wonderful parents and gentle older siblings. Growing up, my family taught me to respect and help myself and others too. They were all strong and resilient role models, who –happily—also never took themselves too seriously; this made the whole process more fun.

I was lucky also because my family made the repeated point of showing me that women were in some ways different from men, but always equal to them. This left a lasting and positive impression on my attitudes towards both women and men for sure.

Now, let’s fast forward through adolescence and on to university, where the deal to become a psychologist was clinched for me. The real hook to become a psychologist happened at the University of Toronto. It was one of those fabled “A-ha” moments. I was taking an abnormal psychology class, and the professor was showing us a video of an elderly, heavily European-accented therapist interviewing a young woman with schizophrenia. You know, hallucinations and delusions, the real deal.

So, what hooked me to become a psychologist was partly that video, but mainly the reaction of the majority of my classmates. Many were laughing out loud in reaction to what the person with schizophrenia was saying. I’d like to think mostly their laughter was the novelty of it, or maybe their nervousness, but I am sure some of it was ignorance, insensitivity and a little condescension too.  The seeds of my desire to help de-stigmatize mental illness for the public at large, and to help those psychologically in need was planted that day. The focus on eating disorders came a little later on.

Fast forward to after grad school– I needed a job, obviously, and hopefully I could find a career too! I liked biology and genetics, I liked what shaped long-lasting personality problems, and I liked how the environment shapes everything along the way. I had been studying alcoholism, but what initially drew me to eating disorders as a specialty (or career) was that eating disorders, like alcoholism, are surprisingly so biologically determined. Obviously the environment is important in causing eating disorders too, and the intersection of the two is what is so fascinating.

In the public at large, and even in the psychology community, people with eating disorders can get a bad rap. They are often misjudged as difficult to engage in treatment, or worse, little entitled princesses deserving of their suffering.

What causes eating disorders? Good question, indeed! Well, it’s hard to develop an eating disorder without dieting somewhere along the way. Dieting is very common in most western societies (with about a third to a half of women being on a diet at any one time). Eating disorders (thankfully) are less common: Anorexia affects about 1% of adolescent and adult females, bulimia affects about 2% of same. Other similar eating disorders (varying in symptom definitions) can affect up to 10% of women. Men are affected too, but much less frequently: about 10% of anorexia and bulimia cases are men.

What is the role of dieting in eating disorders? Diets come and go, and vary from one country to another as well (and, by the way, none of them is particularly effective in the long run for the average person– sorry everyone!) But the rates of anorexia and bulimia are roughly the same around the world, however, which means that the role of society’s push to diet on the development of eating disorders is surprisingly less than you might think. 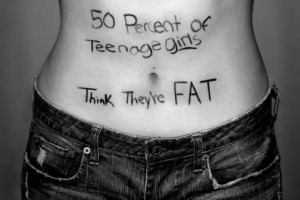 Well, genetics and biology seem important, as do prenatal and perinatal stressors. Puberty is important, obviously as well: Eating disorders are relatively rare before puberty. This may also be a biological process, although it’s the peak time when adolescent girls feel the societal pressures to be thin as well.

Developmental factors play a role too. Childhood adversity (particularly sexual abuse), and being overweight in childhood too, are predisposing factors for eating disorders. The body becomes a source of guilt and shame.

Genes also shape personality, and traits like perfectionism and impulsiveness seem to be risk factors for eating disorders as well.

Finally, not everyone who diets takes it seriously. People with an eating disorder become consumed by their caloric restriction; dieting becomes perceived as a necessity for self-worth and survival.

If you are concerned that you, or someone you love might be suffering, here are five tell-tale red flags that suggest a possible eating disorder:

So how to treat eating disorders? Well, this leads me to an old and tired (but still funny) joke. How many psychologists does it take to change a light bulb? Answer: just one, but the light bulb has to want to change.

So, engaging the person with an eating disorder in treatment is the first step, obviously. If she/he is not on board with the goals of therapy, nothing good happens in the long run. This can get scary in severely underweight cases, but the principal remains the same: the patient has to want it. Helping her find what she wants (and why) is the therapist’s job, and their job together is achieving what they want together. This usually means helping patients feel less distressed, or be less impaired, by preoccupations relating to weight and shape. It can also mean finding other sources of autonomy and self-worth (like family, school, and friends).

Hopefully, another benefit is that the underweight patient’s weight normalizes, and binge eating or vomiting (if present), will cease. The idea is not to make the patient happier with her shape, but to make her weight and shape less dominant in the bigger picture of her life.

Roughly half of patients will improve after a cycle of therapy, and it can take many cycles before everyone gets better. That’s encouraging, but we need to do better, obviously.

For me, it’s highly rewarding trying to help each new patient. And I wouldn’t do any other job, or dream of any other career. Well, ok, maybe a race-car driver could be cool too.

Ken Bruce is a clinical psychologist, specializing in treating eating disorders (anorexia, bulimia and binge eating disorder), anxiety disorders, stress, depression, grief and relationship difficulties. Ken has been a psychologist at the Douglas Mental Health University Institute over over 13 years, and an Assistant Professor for over a decade at McGill University. Passionate about therapy, he now works in private practice. You can visit Ken at his website at PsyPrestige.com

If you have any questions or comments for Ken, please leave them right below. He will do his best to get back to you.

Happy Monday. I hope daylight savings time was gentle on you.