I understand wanting to stay at home with your children when they’re young, having wished for it myself. Like most new moms, when my three months of maternity leave was over (all of it unpaid by the way!) and I had to go back to the office, I was devastated. I couldn’t fathom the thought of leaving my son for an hour, let alone a day. I wanted more than anything to stay home and be with my baby. I would have done nearly anything to be a stay-at-home mom. Financially, however, it was impossible for my family. Trust me, I did the math countless times, and being a banker, I was good at math!

I landed my first banking job in foreclosures and collections 18 years ago. I learned quickly what a bad loan looked like. After a year, I was promoted to credit analyst, then underwriter, eventually becoming a loan officer and manager. Over the course of my career, I underwrote billions in loan requests for various sized banks and credit unions, including the largest credit union in the world. In one position, I was fortunate enough to have the privilege of assisting in the development and implementation of the $1 billion CDFI Bond Guarantee Program established by the Small Business Act of 2010.

During the progression of my banking career, I witnessed and came to believe that women put themselves at enormous risk and disadvantage by relying on their spouse or partner to be the sole breadwinner for the household. Yes, I’m well-aware of how unpopular a statement like this is. It is however, often true.

Sadly, the millions of couples who can afford to make the choice to live on one person’s income aren’t having the difficult conversation they should be having: what happens financially with each partner if the relationship dissolves? If only one partner is earning a paycheck, does that mean any 401K savings would go only to the partner who earned it? The consequences of not discussing these types of difficult financial questions can be tragic to say the least. After a marriage or partnership ends, stay-at-home moms are too often left to enter back into the workforce at entry-level wages, sometimes without retirement and/or adequate financial assistance they need and deserve from their former partner.

For nearly 10 years, my friend “Laura” tried with greatest intentions, to make her marriage work. Devastated by the idea of a failed marriage, she finally relented to the reality that a divorce was imminent. Although Laura had a solid career prior to getting married and having children, she and her spouse, “Chris,” decided she would stay home and raise their two children. While Laura was grinding through the everyday ins and outs of a stay-at-home parent, she was also supporting Chris’ endeavor of earning his second Master’s degree. It was then, Chris and Laura discussed moving cross-country to where Chris had previously lived and earned his first Master’s degree. Why, I thought? Laura was exceptionally close to her family. A move like that would be a huge change for her and their two very young children.

The move happened, and years went by. The town they moved to was rural and Laura felt isolated. During the couple of visits we had over the years (given the enormous distance), I remember her being especially concerned with money; not whether there was enough of it, but what she purchased and the cost. There were a handful of incidents relating to her spending that struck me as unusual for her character. I knew Chris was taught at a young age to invest and save for the future, which he had, although how much, I don’t know. Did Laura feel like she had to ask permission to spend money because she wasn’t bringing in actual dollars to the household? Or, was Chris controlling of her spending? I pressured her for more information, but was met with excuses and justifications.

Fast forward to the divorce and its aftermath. Unbeknownst to Laura, prior to their divorce, Chris had purchased a newly built second home with all the necessary live-in furnishings. In the end, Laura received very little from their savings and Chris was ordered to pay Laura a measly $500 monthly in financial support for their two children. Laura was now faced with a mortgage payment and no job. She eventually landed a job after 13 years performing the most challenging job ever – raising children. Laura was earning less than $25,000 a year while Chris was earning well over 6-figures. According to the USDA, the cost of raising a child over 18 years is roughly $245,340. A mortgage payment, two children, and a salary less than $25,000. You can do the math. The small amount of money Laura received as part of the divorce settlement was not enough for her to get by, and she had no retirement savings. She had trouble making the mortgage payments on the house. The bank eventually began foreclosure proceedings. Chris was unwilling to help her. Laura was forced to file bankruptcy. Fortunately, though, she was able to work with her bank to negotiate mortgage payments she could afford so that she could keep the house.

I know what you’re thinking, really, I do! There’s no doubt Laura made some poor decisions. Like each of us though, she is human and at times, vulnerable. She loved and genuinely trusted her husband, but like thousands of women, Laura became the victim of financial abuse.

What were the early warning signs?

Chris suggested they relocate far from Laura’s family where she would have substantially less contact with them. He limited and controlled her spending. He intentionally kept numerous accounts in various places that she was completely unaware of. Abusers commonly use these tactics to gain power and control in a relationship. Forms of financial abuse are sometimes subtle and others overt, but generally, include tactics that limit the partner’s access to assets or conceal information and access to the family finances.

Financial abuse is a term well known among domestic violence forums, it’s often referred to as the “invisible weapon.”

Some common methods of financial abuse include:

Sadly, stories of financial abuse can, and are, far more devastating than my friend’s story.

The following tips can help If you believe you’re the victim of financial abuse, you can start gaining control by:

Difficult conversations are part of any worthwhile partnership. Before making a decision that will set the course for the better part of your life, be fearless. Discuss and insist on transparency.
— 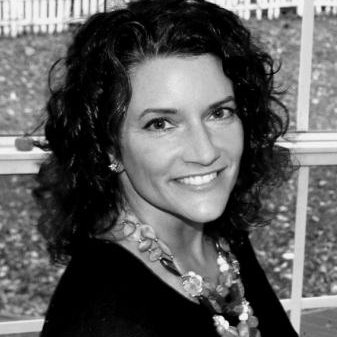 Jill is freelance writer and the founder of Brave Solutions, a personal financial advisory company. A former commercial banker for 18 years, she left the confines of her cubicle and finance career to find her true calling and voice. Writing quickly became an outlet for healing for Jill. Jill is an incest survivor. She dedicates herself to advocating for women and transparency in all things.

When she’s not writing, Jill is practicing yoga and driving her kids around the Metro D.C. area. She lives in Alexandria, VA with her husband, two promising young boys, two cats, and guinea pig.

Erica Diamond Sits Down with Lauren Wise for SWAP CLUB