Whether we like it or not, we have our parents to thank for many things. One of my favorites traits I inherited from my mother is the love of a good mystery – whether that mystery lie in a book, or in a hunting down a great recipe or in finding the perfect theme for my son’s birthday party. And perhaps it’s because I take after my mother’s side of the family – in looks and love of all things dipped (food) and sparkly (jewelry), that I can actually see my mother staring back at me in the mirror. My sister is often paired with our father along with their dimpled chins, love of balancing checkbooks, and ability to actually turn on and operate a vacuum.

Imagine my reaction then when I had a very startling realization – I might actually have inherited a few traits from my father! Don’t ask me how I realized this or what exactly triggered the notion (side note: the art of selective memory is also a gift I acquired from my mother), but now that the thought was in my head, I knew I had to follow the lead and of course I gave it a name and called it How I Learned to Play Business like a Hockey Player .

With over thirty years of experience in both the National Hockey League (NHL) and Junior Hockey League, my father is an expert at scouting, coaching and managing talent. Proof of his gift are nestled in my parents’ bedroom in five velvet lined boxes. These multiple championship rings, including one representing his Stanley Cup win, are public cred for a job well done in hockey. Many Canadians that follow the game closely know that the real proof in the hockey pudding are the players that have been scouted and managed by my father. I could not possibly list all of the names here, but if you are truly curious, then please check out the line-ups for the 1985-86 Calgary Flames, or the 1992-93 Sault Ste. Marie Greyhounds or the 2006-07 Hamilton Bulldogs for example.

Even with my affinity for sparkly jewelry, I was never tempted to work in the hockey arena myself, choosing instead to follow my path to the wonderful world of corporate communications. The love of writing is not something my father and I share – I write status updates, white papers, emails to friends, blog posts, articles and diary entries. My father writes lists – and only lists. And so to honor the possibility of a link with my father (other than blood), I decided to make a list of the ways he, and his career, have influenced my career. But not my career as it relates to what I do, but more related to how I do it. Could it be possible that I play business like a game of hockey?

Here are a few of the clues I discovered as I looked into the case:

My father was fortunate that at the beginning of his career, he found a mentor. This man guided my father through the early years and introduced him to all the right people. But most importantly, he sparked something – from this one man, my father fell head over heels into a thirty year career, out of “just a hobby.” I was similarly fortunate that at the beginning of my career, I met a woman that I still look up to and am in contact with today. Since then, no matter which company I have been with, I always look for a mentor (a spark) and believe that regardless of what level you are at in your career, a coach will always be the one that challenges you to get you to the next level.

Individual stats mean a lot in hockey… when found on the back of a hockey card or used in fantasy pools. But the championship rings my father has were not won based on individual stats, they were won with the collective effort of all those involved with the teams – from those listed in the programs, to the offices, to the dressing rooms and in the stands. In business, I recognize the need for individuals to shine and to work on their own stats, but above all, I recognize that I’m at my best when I collaborate with the rest of my line. A good line depends equally on the person scoring the goals and the person defending the net. As soon as you are able to recognize that you don’t have to be the hybrid goal-scoring-net-defending-tough-guy on your team, you begin to focus on your true talent and when everyone on the line is equally focused on playing his or her own position = magic happens.

Often when my father couldn’t be found during a game, it was because he was in the stands sitting with a fan. This was his way of listening and responding on a one-on-one basis. One of my father’s greatest gifts is the ability to listen. My father resisted joining any social network for a long time, but when he realized that getting social was the new sitting in the stands, well he logged on faster than a player on a breakaway! Being on social media and listening to what your customers are saying – about you, your business, the subject of your business and your competitors – is vital. Unless you actually still have stands that you can sit in with your fans, then I would still do that of course. 😉

Clue #4 – Following the Rules of the Game is Good, Breaking Them is Greater

There have always been, and always will be, those players or employees that look good on paper. They have the stats, they have the ability, and they have the talent. These are the players that play by the rules. But there is a secret box that every professional scout is looking to check off. It is the players that not only break the rules, but that formulate new ones. These special ones are innovative, creative, and fearless. Whether you are on the ice, or in the office, being on the same team as someone who has this amount of passion is exhilarating and you cannot help but feel the full momentum from this one person. They make a team extra great. The most dangerous phrase in hockey or in life is, “We’ve always done it this way.” Don’t be afraid to break free and try new ways.

There is nothing like a good rivalry. Leafs versus Habs? Leafs versus Senators? Leafs versus their fans? Just kidding about that last one. All sports leagues have them. Think of this familiar scene – two players going toe to toe to defend their teams. Fans are cheering. Teammates have circled and are eyeing each other, ready to jump in. Referees are waiting for the second that it goes too far. And then one player is down on the ice and the fight is over. By the end of the game, the two players have forgotten about the fight and the only people who remember it are the ones that are watching it on the highlight reels. Rivalries are important but once the line is crossed into enemy territory, the game is over.

Clue #6 – The Dressing Room is For Privacy, Not Poison

The dressing room for a hockey team is a pretty sacred place. Or so I’ve heard, because this is one area that was totally inaccessible to me, my sister and my mother. In fact, I don’t think we even walked along the hallway leading to the dressing room (but that might have had to do more with the smell than the sacredness of it). The smell from the dressing room is not the worst thing that can happen there though – dressing room poison, the type that comes from one person who is angry, resentful and hateful can taint an entire season for the whole organization. Sooner or later the poison from the dressing room will seep out and onto the ice, into the stands and out into the community. Perhaps one of the greatest challenges any hockey team or office team will ever have is keeping this type of poison out.

When my son tells me that he wants to be an astronaut when he grows up and travel into space, I say, “Of course!” Why can I say this with such certainty and not just because I’m his mother? I can say this because I have seen his grandfather riding around city streets on a Zamboni after winning the Memorial Cup. As a little boy watching Hockey Night in Canada, riding that Zamboni on the city streets seemed about as likely to my father as traveling into space, and that is how I know that “dreams come true” is not just a random quote you find on Pinterest, but one that is true. Hard work, perseverance and willpower will get you everywhere. “Dreams do come true” will make an excellent bumper sticker to put on my son’s spaceship, come to think of it. 😉 Same applies to all of us.

When I think of my family, I imagine us on game days. I hear The Hockey Song playing as we rush to our seats. I can smell the hockey rink that I have a love/hate relationship with. I can taste the stale popcorn we would get and remember the year that this actually constituted our family’s Easter dinner. I still shiver at the thought of cold seats and freezing railings in the stands. And I can feel the anticipation of the beginning of the game while standing for the national anthem. 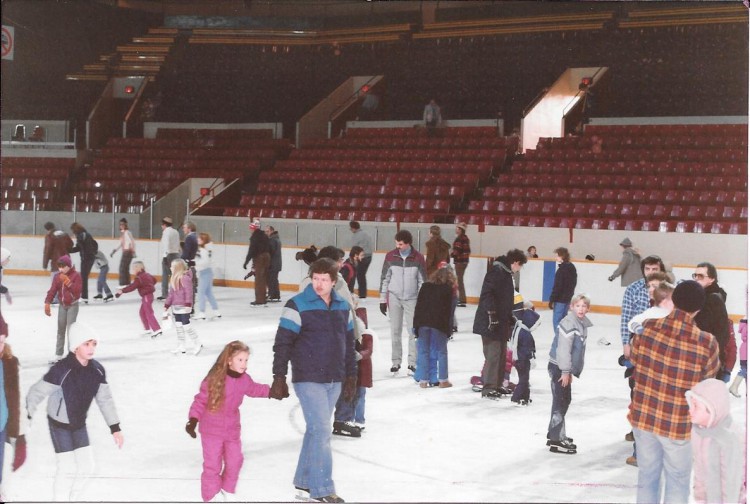 I guess this is why I listen to music to pump me up as I’m driving to the office. This is why I always have a mini concession stand in my lunch bag. And this is why I am always filled with a sense of pride and anticipation at the start of each day as I look around the office and get ready for another game day. And this is why I play business like a hockey player – I may not have to sharpen skates, tape socks, or shape a stick at the start of each day, but I do have to remember that regardless of what the name of my company is, or what my title is, or how much money I make, I play for the team. Just like a detective trying to solve a crime, or a team on the ride for the Cup, I play to win. And I have my dad to thank for making me see just how much life can parallel hockey. 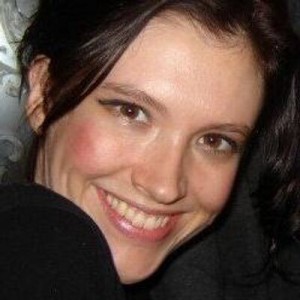 Happy Friday! I would love your thoughts on this post. I thought that the parallel Rebecca makes between hockey and biz life is wise. Do you agree or disagree with Rebecca’s philosophy? Do you have anything else to share or add?

@Oprah on Barbara Walters' 10 Most Fascinating People of 2014