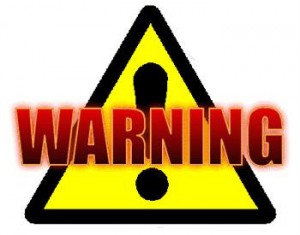 Forewarning by Erin: This post explores some topics that will challenge the ideas and concepts of traditional marriage.  If you do not have an open mind beyond the traditional setup of marriage, please save yourself the time and skip this post.  It is not that I do not welcome varying opinions and thoughts, but it is likely not going to be something you will agree with or can agree with, and will likely bring forth negative emotions that I simply do not want you to have to experience.  If you have an open mind, and an open heart, read on…

In the past few years, I’ve witnessed an interesting phenomena happening amongst my married peers, relatives and friends.  An unhappiness of sorts… an unease… an unsettling.

About five years ago, I came across Helen Fisher, an anthropologist who studies gender differences and the evolution of human emotions.  Ms. Fisher has delivered two amazing presentations as part of the TED series, which are two videos I stumbled on back in 2008. One is called “The Brain in Love” and the other is called “Why We Love, Why We Cheat.”

In “The Brain in Love,” she shares the power of romantic love and how it affects us as human beings on a biological level and why we are often willing to live for love, die for love and kill for love. In “Why We Love, Why We Cheat,” she explains how it is possible, biologically, for us to have feelings of love for more than one human being and how that can lead to unrest in the human soul.

When you look at the biology of how we are wired as humans, it’s easy to wonder where the idea and tradition of monogamy and singular marriage came from.  I spent some time reading up on both the history of monogamy and of marriage on Wikipedia and I’ll tell you, there is a lot of information there on the background of each.  So much so, that it still didn’t help me come to a concrete response to the questions: why are we monogamous and why do we get married?

A couple of months ago, I came to the realization that while I loved my husband dearly, I was not necessarily meeting all of his needs as he needed them to be met, and vice versa.  It made me wonder, and discuss with him, why we marry one person, often at a young age, and then assume (hope?) that they are going to be able to meet all of our needs for all of eternity.  That seems like a tall order for anyone – especially when you factor in the duration of a marriage and how much human beings change over time.

I also began to realize that our life today is very different from our ancestor’s lives.  In the past, people often lived in smaller communities and were often introduced to a partner via a close family member or friend and they married for practical reasons.  Of course there were still moments where people were marrying for love, but in historical times, people married for practicality, convenience and for child-rearing.  If love blossomed, that was a bonus.  In fact, that is exactly what Stephanie Coontz, author of Marriage, a History has said about the setup of marriages in the 19th century (and earlier): ”If love could grow out of it, that was wonderful, but that was gravy.”

Today, we have things like the Internet and accessible travel and TV and movies and all sorts of displays and examples and idea-generators about who is out there in the world and what else exists beyond a five-mile radius.  In fact, Facebook, which boasts more than 350 million active users, is mentioned by name in almost 20% of divorce petitions, according to Divorce-Online.  Herein lies one of the main issues that marriages face in 2013. 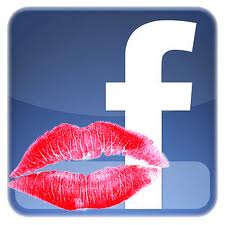 Today, when faced with a marriage that is growing apart, we have ample opportunities to experience other people (not sexually speaking, although that exists as well, but I’m talking emotionally and mentally here) in such a way that allows you to receive a different type of connection than the one you might have with your partner.  You may even experience this with one of your close friends or a family member – again, this isn’t about anything romantic or sexual, it is simply the idea of being emotionally connected to another human being in a different way than you are with your partner. According to LifeScript.com, an emotional connection is a bundle of subjective feelings that come together to create a bond between two people.

When we experience this unrest and we feel like the person we are with doesn’t “get us” to our core, yet we find someone who does, it’s easy to think to oneself, “Well, I should end this marriage because I know that what I want is out there and I want to experience THAT.”  However, we are complex little creatures and will likely still be left feeling like a single human being can not truly meet all of our needs.  As Helen Fisher describes, we’ll experience those first few weeks, months, even years where we think that one person is the be all and end all to our relationship desires, but eventually, we’ll likely begin to have romantic thoughts about other people on a deep, emotional level.

I believe, and it’s something my partner and I are exploring right now, that you can have a completely solid primary relationship and also experience other human beings in a way that allows you to have most of your needs met.  For example: being married and dating other people.  I truly believe that the tradition of marriage will decline as our children age and as their children age and eventually, we’ll likely have many primary partnerships with those primaries having second, third and possibly fourth relationships in which all parties are consenting and enjoying the unique relationship they have with one another. 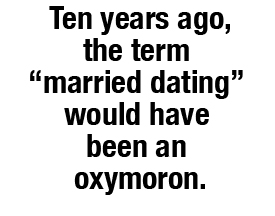 If we can move into a society where we are more accepting of the fact that not one single person is going to meet all of our needs, I think we can all breathe a collective sigh of relief.  If we allowed ourselves to experience the personalities, joy, humor and excitement of different people, while holding on to the concept of a strong family unit and partnership, I wonder if our divorce rates would go down.  I wonder if happiness levels would rise.  I wonder if affairs would happen less often.

It may be a naive way to look at the world, it might be viewed as immature to others and it might be frowned upon by those who believe marriage is a blessed union, but I believe that our future generations will be more open, accepting and free with their love and in turn will have the opportunity to experience life at such a rich and deep level.

What say you?  Is this a completely absurd way to view relationships and marriage or do you believe, as I do, that the definition of “marriage” is changing and will continue to change over time?  Leave your thoughts in the comments below. 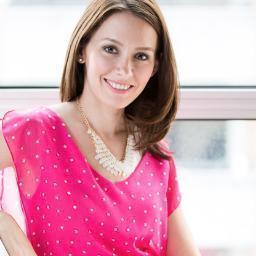 Erin Blaskie first got into computers when her dad handed her a Commodore 64. She was six years old. When the Internet became widely available, Erin started an online journal on the platform Open Diary and began sharing her thoughts with the world. She hasn’t stopped over-sharing since.

In the ten years since starting her first online business, Erin has helped numerous businesses come online, establish their web presence and create community. Erin’s primary expertise is in creating solid systems and processes for businesses but she also leads clients to leverage the power of the Internet to nurture community, create culture and inspire change.

Erin has been an online video host for Butterscotch.tv (a division of Tucows), co-hosted the Macgasm video podcast, has been involved in small and large-scale social media activations with prestigious public relations firms and has been turned into a video game character in the iPhone / iPad game, “Bar Star.”

So, “what say you,” as Erin asked: Can one person truly meet all your needs? Yes? No? On the fence?

I once weighed in on this topic, and you can read my opinions here.

How To Make Your Mornings Run Smoothly and More Efficiently

When The Cat Is Away, The Mouse Will Play