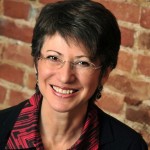 The fall of 2006 should have been one of the happiest times of my life. My first book, My Sister, My Self, had just been published and I’d just completed a book tour speaking at bookstores and community centers across the United States about sister relationships, the subject of my book. Planning the trip, I’d envisioned how great it would be out there driving the open road alone, listening to local radio stations and getting the chance to talk with dozens of women about a topic dear to their hearts. Although the reality of driving three thousand miles across America proved to be much more challenging than I’d expected, at least I had backup. During our nightly phone calls, my husband of twenty-one years was cheering me on, telling me how proud he was, always encouraging me.

After three sometimes very lonely weeks on the road, I took the red-eye back east from California, stumbled off the plane and fell into my husband’s arms in tears. I was so relieved to be home, so happy to see him. There was only one more event on the book tour later that week, and it was the one I was most eagerly anticipating—my official book launch in Montreal where I live. All my friends were coming (some flying in from New York), as were the press, my colleagues and many of the women who participated in The Sisters Project that formed the basis of my book.  We were expecting close to a hundred people. It was to be my triumphant return—the best day in my life!

When we returned from the airport, my husband dropped me at home and rushed right off to work, which I found a bit odd; usually he loved to stop for coffee and reconnect whenever one of us returned from a trip. I took a shower and noticed a long dark hair in the bathtub but thought little of it. Later, however, when I was on the phone with my longhaired daughter, I asked, as an afterthought, if she’d been at the house recently. She said no, not while I was away. Then I forgot about it.

I spent the day unwinding from the trip and enjoying the anticipation of the upcoming book launch. That evening, when my husband arrived home from work, I threaded my arm through his, gave him a squeeze and said, “I bought fish.” He looked at me rather strangely and said, “It’s over.” I stared at him and asked, “What’s over?” vaguely thinking that that was a weird way to say that he didn’t want to eat fish anymore. He answered, “The marriage. It’s over. I’m leaving you. I’m moving in with my girlfriend.” Horrified, I watched the words take shape in slow motion as they left his mouth and hang in the air before they crumbled. Pow! Shock! I’d spent twenty-three days on the road only to be hit by a Mack truck in my own living room.

My husband had never mentioned that he was unhappy or thinking of leaving me. During the previous months, he’d signed greeting cards with endearments like, “I love you with all of my heart,” “Thank you for the myriad joys you bring me” and “You are the rock of my life – then, now, always!” Until the moment of his revelation, I was deeply in love and believed him to be, too. Had you tapped me on the shoulder five minutes earlier and asked me to describe my marriage, my eyes would have misted up as I rhapsodized about how my husband was the most loving, attentive, and trustworthy man any woman had ever married and how lucky I was to have found him. In other words, I’d had no idea!

Although at the time I felt as though this bizarre event was unique to me, unfortunately, as time went on, I learned that Wife Abandonment Syndrome is reaching epidemic proportions. I started a study of this phenomenon and defined it as a pattern of behavior on the part of a husband who leaves his wife out-of-the-blue without ever having told her that he was unhappy in the marriage. Following his sudden departure, he replaces the caring he’d typically shown her with anger and aggression. He often moves directly in with a girlfriend, leaving his bewildered wife totally devastated. This will undoubtedly be the defining event in her life, and although recovery is a struggle, many women find that it forces them to reinvent themselves in positive and exciting new ways.

The moment of rupture starts an exhausting, painful process and it will take a very long time until life feels normal again. It will, but it will be a “new normal” – unrecognizable from the life you were living till now. In the early stages, you will be desperate to understand what happened and how the man you loved and believed loved you could morph overnight into an angry stranger. Your mind will be spinning relentlessly as you try to make sense of it all. But you can empower yourself to try to fight the negative self-defeating thoughts. 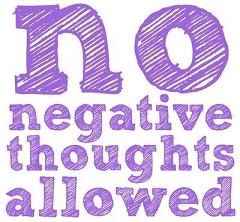 Harnessing your mind requires practice and a willingness to reach for happiness, even in the midst of your misery. Too often people wrap the victim label around themselves like a protective garment, reluctant to remove it. But if you can get in touch with the healthiest part inside of you, the one that knows you need to keep building a life for yourself, then you can boost your recovery from heartbreak. And this goes for any broken relationship.

No doubt, time is the best healer, but while we’re waiting, here are some tricks you can use to make it through the days if you or perhaps someone you know has been effected in this way:

Imagine that your mind is a small, wooden-floored room that keeps getting all dusty and dirty with your negative thoughts. Now visualize a tiny, inch-high cleaning lady snoozing in the corner of the room, an old-fashioned twig broom leaning against her chair. When your thinking drifts back into dangerous territory, wake her up and urge her to “sweep, sweep, sweep” away those pesky thoughts! Imagine her working away furiously, tidying up the floor, sweeping all that unwanted muck out the door and making the place spic ‘n span.

This simple but effective trick helps you separate yourself from intrusive thoughts.

Imagine that you’re walking down the street and you see a dog chained up to a fence next to the sidewalk, barking wildly at you. Continue on your way down the street knowing that the racket he’s making, which represents the cacophony of thoughts in your head, can’t hurt you. It’s just noise. Hold your head up and keep on walking.

While we’re on the topic of canines, here’s another very simple option for breaking out of a bad mind-set. You know how a wet dog shakes from head to tail in that goofy way to dry himself off? Well, when you need to lift yourself out of a funk, stand up and literally shake it off. “Shake, shake, shake” from head to toe, good and hard. Waggle your arms, bobble your head (but remember to remove your glasses first!), jiggle your derrière!  It’s guaranteed to break the spell at least a little bit. Try it now!

This technique enables you to manage those rotten bad feelings you walk around with. Picture yourself vigorously painting all those angry, hurt, pent-up feelings in strong colors on a great big wall. Use your whole body, jabbing and stroking until the wall is violent with color. Stand back and take a good look at the turmoil exteriorized. Then imagine grabbing a roller, dipping it in a tray of thick white paint and rolling it criss-cross and up and down until the wall is covered all over with a field of pure white. Stand back again and let yourself exhale. Then inhale and breathe in the clean paint smell!

Recovering relatively unscarred from the unwanted end of a relationship requires that you use all your positive energy to fight off those doom and gloom thoughts that hold you back. Happiness is a choice that we have to keep making for ourselves at every twist and turn in our lives – the choice to roll up our sleeves and do whatever it takes to keep moving forward – even if it means shaking from head to toe like a wet cocker spaniel.

I would love your thoughts. Have you been the victim of a runaway husband? Have you been abandoned by a spouse? Has your relationship ended without you truly understanding what went wrong? How have you been coping? I encourage you to share your stories, even anonymously.

Vikki Stark, M.S.W., is a family therapist and the author of Runaway Husbands: The Abandoned Wife’s Guide to Recovery and Renewal. The book is based both on Stark’s own experience as well as the Sudden Wife Abandonment Project in which she interviewed over 400 women worldwide.

Stark has brought women together through her website, www.RunawayHusbands.com, which is an active resource center for those who have experienced Wife Abandonment Syndrome. It has become a life raft for many women seeking support and counsel. Runaway Husbands is available through the website or from online booksellers. 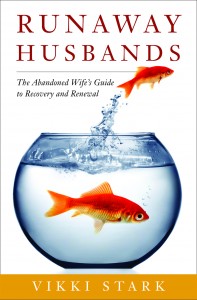