As you’ve probably heard, if you have not yet experienced it yourself, it’s not easy to power UP as a committed parent in the United States, where business and culture are so invested in rapid growth. It’s even harder in Silicon Valley, where every company is in a race to ship first and where, in large part, men with spouses who take the domestic lead, if not the entire burden, still write the rules of professional engagement.

One time I was about to be interviewed for a live technology news broadcast. It was minutes before we went on the air, and the reporter and I were seated in our chairs next to each other. The reporter noticed me jotting things down on a small notepad and asked if I was preparing my answers, reminding me that I could not read anything off my pad while filming. I showed him what I was writing. When he saw it he laughed. “I’ve never had anyone about to go on live TV writing their grocery list!” he said.

Maybe I was the first working mother he had as a guest. “It’s my next stop after your show,” I said. “When else am I going to write it?”

Even with a full-time grandma at home, my children influenced my career choices from the moment they were born. That said, I never thought of the opportunities that I turned down as being sacrifices. I always believed I could find alternatives that would suit our family and satisfy me professionally.

My children were the reason I turned down a job at Apple for the second time. (I turned them down the first time because a professor advised me against working for a technology company that had a fruit for its name). Steve Jobs had just made his big comeback to Apple and was considering me as his Vice President of Marketing. After spending a few days with him at his office, brainstorming around Apple’s ad campaign and working on a potential PR strategy, he asked me to continue working over the weekend.

I went over early Saturday, and we had a terrific day working together, finally breaking around eight at night. Before I left he said, “Hey, today was great. Let’s work together again tomorrow?” I agreed and was again working with him on Sunday from morning to late at night.

It was exhilarating and exhausting. Needless to say, I didn’t see my children, then seven and nine, at all that weekend.

Monday came, and Steve offered me the opportunity to join Apple and to continue to work with him. I smiled and told him how honored I felt. Then I said, “But this job isn’t for me.”

Steve was shocked. “But didn’t you have fun? Isn’t this incredible?!” he wanted to know.

Of course, I did, and it was. But I had a family and responsibilities outside of work, and I suspected that the way we worked that weekend, was the way I would work with him going forward. There was no way that would be sustainable for me. Though technically the support of my mother and babysitter made seven-day work weeks possible, it wasn’t what I wanted.

So I turned Steve Jobs down and never looked back. Someone recently asked me if I regretted that decision. As a matter of practice, I don’t “do regret” because it’s a waste of energy. What I took away from Steve’s offer was positive: confirmation of my skills and my commitment to choose a job that fit my own needs.

Instead of joining Apple, I joined U.S. Venture Partners and became a venture capitalist. The lifestyle of being a VC better supported my needs at the time, with two small children at home. I learned to be a technology investor instead of a technology company executive, and I never looked back.

If you’re someone who cares about being home at 6:30 to have dinner with your kids and you work in an organization where the real work and face time happen in the late hours of the evening, you’re going to feel like an outsider and fall behind. Look for a company that positions you to thrive given your limitations.

I’ve always believed that your most important “marriage” in terms of making your career work is the professional cohort you choose, whether that’s a company or your business partners. If you choose an environment that’s in conflict with your needs, you’ll feel you’re being forced to blow up your life to accommodate your work, an uncomfortable arrangement that makes you feel victimized instead of in control of your choices. You might start to feel like you’re trying to do everything and succeeding at nothing.

That feeling of being pulled apart has given rise to a widely accepted notion that parenthood and career can only be in tension with each other. Do well at one, and you’re doing it at the expense of the other.

In fact, parenthood can make you a better, more effective, more ambitious professional than before. Lynn Perkins of UrbanSitter can rattle off a laundry list of ways that her kids have enhanced her professional life. First of all, she owes the birth of UrbanSitter to the birth of her children. Lynn also told me that despite having fewer hours for work, as a mother she still gets more done because she’s become so good at prioritizing her attention and managing her time. “It’s amazing,” she told me. “I look back and I think, what did I do in my twenties? When I woke up on a Saturday morning I went out for brunch, and I thought 9 a.m. was early. Now by nine I’ve done twenty things!”

The key is finding a way to shape your work life and your family schedule together.

So, back to that job with Steve Jobs? As the cliche goes, “The grass isn’t always greener...” 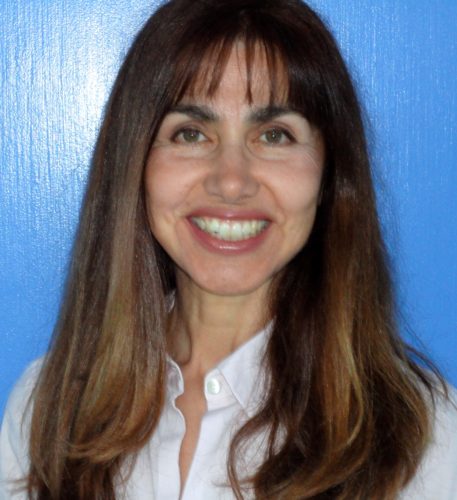 Magdalena Yesil is a serial entrepreneur and venture capitalist of many of the world’s top technology companies, including Salesforce, where she was the first investor and founding board member. Her current startup, DriveInformed, uses technology to bring trust and transparency to the auto finance industry.

Magdalena’s investing career started at US Venture Partners, where as a general partner, she oversaw over 15 investments. She is a founder of Broadway Angels, an angel group of female investors. She is a technology pioneer who started her career as a semiconductor design engineer, and her three decades in Silicon Valley evolved with the technology industry. Prior to becoming a venture capitalist, Magdalena founded three companies in succession, dedicated to commercializing Internet access, e-commerce infrastructure, and electronic payments. UUnet, Cybercash and MarketPay earned her the Entrepreneur of the Year title from Red Herring Magazine. She recently received the 2017 Fearless Leader award from WomenOnBoards2020. She is the author of Power UP! How Smart Women Win in the New Economy, where she shares her learnings for success in the technology industry. 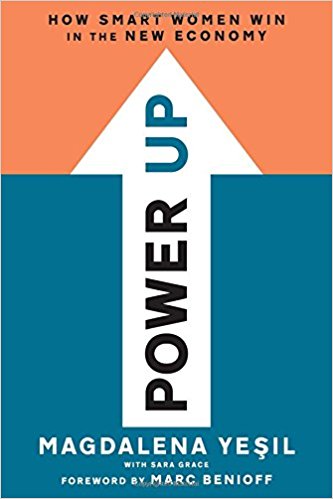 I really enjoyed today’s post. How perfect for a #MotivationMonday. If this spoke to you, please feel free to leave Magdalena a comment below. She’ll be reading…

The 7-Day #GetOffTheFence Challenge is Here! Join Me!