Sunday was an absolutely awesome day. I spoke in the morning at an event called Le Mood – The Festival of Unexpected Jewish Learning and Culture. The tag line for the conference: Dare To Be Curious (love it)! 1000 awesome people came for a day of learning, and broadening horizons. I brought my expertise as a success coach and entrepreneur, and my talk was called: The Role of Chutzpah in Business, Marriage, Motherhood and Life.

Aaaah Chutzpah. One of those universal words in Yinglish! 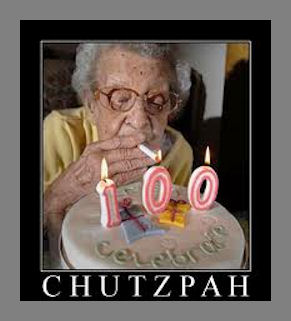 I opened with a little joke about Chutzpah. It went like this:

A little old Jewish lady sold pretzels on a street corner for 25 cents each. Every day a young man would leave his office building at lunch time, and as he passed the pretzel stand, he would leave her a quarter, but he never took a pretzel.

And this went on for more then 3 years. The two of them never spoke. One day, as the young man passed the old lady’s stand and left his quarter as usual, the pretzel lady spoke to him.

“Sir, I appreciate your business. You are a very good customer, but I have to tell you that the pretzel price has gone up to 35 cents.”

Chutzpah is all of this and then some! But my gaol wasn’t to talk about this kind of chutzpah.

I then proceeded to give the DEFINITION OF CHUTZPAH: Chutzpah is the quality of audacity, for good or for bad. Otherwise known as nerve, guts, gall, balls, or cohones. The word has also been able to be interpreted as meaning the amount of courage, mettle or ardor that an individual has.

I gave stories, strategies and tips on Chutzpah in these four areas. But today, I want to to showcase what resonated most with the crowd in my talk. It was chutzpah in marriage and life that had the most profound reaction. 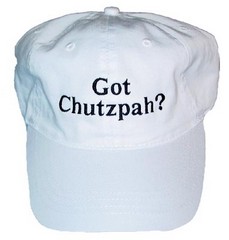 You see, when it comes to Chutzpah and marriage, it’s a different ball of wax. Everyone knows you need balls to ask for the order or close a deal in business, but in relationships, it doesn’t always work. Or rather, in a partnership like marriage, it’s twofold. And I started to to explain, that while it takes Chutzpah to speak up, and ask for what you need in your marriage, it also takes chutzpah to walk away.

Let me explain. A few months ago, my husband and I were having a fight. And it was in front of our kids, to boot (yes, a shitty parenting decision). I knew I was right. Ladies, aren’t we always right? 😉 I was trying to prove I was right and arguing my point in front of the kids. They were going down. We were going down. It was a bad scene. And I did something I rarely do— I just surrendered. I gave up for the sake of harmony. I just backed down, and retreated. Me and my Chutzpah… gone.

You see, it’s the hardest thing in the word when you know you’re right, to shut up. It takes chutzpah to put your pride in your back pocket. Because in a marriage, it’s not about being right, it’s about harmony, and being a team and a unit. Yes, it takes chutzpah to stand up for yourself, and get your needs heard, but it takes even more Chutzpah to know that it’s not about being right- it’s about being happy. I ask you, do you want to be right, or do you want to be happy?

The other trigger point, and hot buttons were the following three areas I discussed.

1. Keeping up with the Joneses 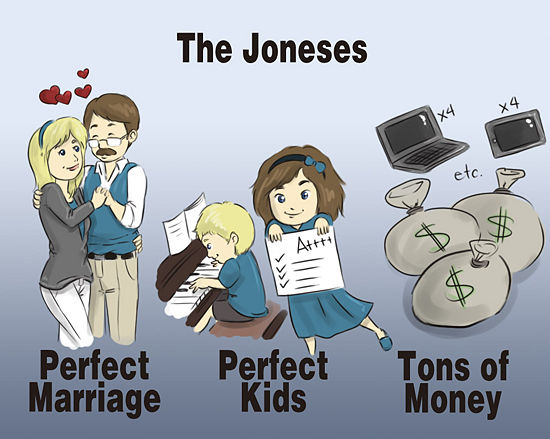 Or as I called them on Sunday for the sake of a Jewish conference, The “Jacobsons.” What happens is, we see another woman who seems to be juggling easily, financially sound, growing her business, happy, whatever. And we compare our very worst, to someone else’s very best. It’s the biggest spirit crusher you can give to yourself.

When I first started blogging, it was natural to compare my followers, or number of posts per week with other peers. They were blogging multiple times a day. I was blogging 3 times per week. They had 20,000 followers, I had 5,000 followers. And then I’d say, WHAT AM I DOING WRONG? And instead of ending the day on a high note, it was never good enough. My target was always jumping and moving.

So I’d want 100,000 page views a month. That goal would come and go, I was now keeping up with the Joneses, and boom, a new goal would replace that one. 200,000 page views! I was never happy with my own success, as long as I was comparing my success to someone else’s. It was a recipe for UNsuccess. For disaster.

I since follow my own path. My own chart. My own grid. It has made all the difference.

But here’s where the chutzpah comes in: It takes chutzpah to go to the beat of your own drum, and not compare yourself to others. That is where the true challenge lies.

2. Saying no without guilt 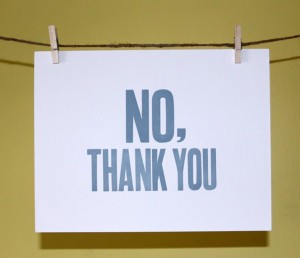 Aahhh Jewish guilt! Even if you’re not Jewish, you know where I’m coming from. As working women, as single moms, as wives, as friends, we’re pulled every day in a thousand different directions. And it doesn’t help that we are culturally programmed to be the “yes girls.” I’m not saying we don’t have responsibilities we are unable to escape in our daily lives. All I’m saying is, if you feel like your plate is already full, now isn’t the time to pack more on it.

Saying no to friends, no to husbands, no to clients, no to employees, no to charities, no to someone asking you for a loan, no to a bothersome person, no to an incredible opportunity… because now just may not be the ideal time for you. If you feel like you’re becoming a human pretzel, something’s gotta give.

It takes balls and chutzpah to say no! It takes tremendous inner strength to say no. It’s takes practice.

And finally, it takes GUTS and strength to admit that you count. That your well being is a priority. And not a priority at the bottom of the food chain. What do they tell you on airplanes? If there is a drop in cabin pressure….  Yup, you know it. 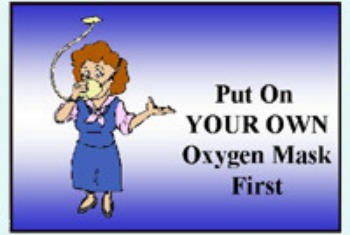 Your ship will sink fast if you are not caring for yourself. You must get BACK on your own to-do list.

So remember, in life, it takes Chutzpah to fly with your own wings. It takes chutzpah to take the road less traveled, and go against the grain.

But it’s where true living begins.

I’d love to know, do you have chutzpah? Has there ever been a time in your life where you showed chutzpah? How did it work it out?

5 Things Great Leaders Do… And Failing Ones Don’t

Lance Armstrong: The Fall From Grace