WARNING: THIS POST IS GRAPHIC. WE’VE NEVER EXPLORED SEXUALITY THIS OPENLY, BUT WE ARE A WOMEN’S LIFESTYLE BLOG AFTER ALL. AS A REMINDER, THIS IS NOT MY STORY, BUT NEVERTHELESS, ONE YOU MIGHT LIKE TO READ. IF FIFTY SHADES CAN TAKE SEX MAINSTREAM, WELL THEN, SO CAN WE. 😉 PLUS, IT’S THE WEEKEND, SO MAYBE SOME MUCH NEEDED INSPIRATION WITH YOUR PARTNER?

I’ve always been on the unofficial search for better sex tips. In my early 20’s, my social circle consisted of really good looking beefy men who had lusty arms so sculpted, they could protect a lady from any danger. Hormones were raging all around, and booty calls between friends happened… in a no-strings-attached college kind of way.

1. Clitoral Stimulation – The Root To All Things Pleasurable

So now let’s talk position, ladies. Many positions work very well– laying on the bed with the man standing on the floor is my favorite position. Everything is exposed allowing you to place the bullet where you want and firmly hold it in place.

Ask him to start very slowly as you work your way up, then tell him to go faster – BAM! The feeling is incredible, the power of the clitoral vibration combined with the muscle clenching orgasm is perfect. Add in your partner’s thrusting, and it’s a hot blooded passionate ride you’ll never forget. – I promise! 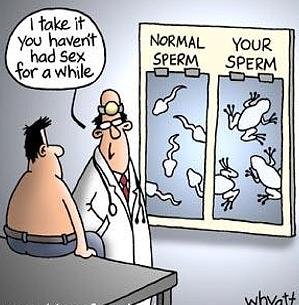 One night I discovered something while in the shower. I brought my aforementioned best friend into the shower with me and experienced an enjoyable orgasm. After the orgasm, I noticed that everything seemed “heightened.” Coming off an orgasm, my body was already in the moment, ready and waiting to go with my man. Every movement felt amplified thereafter.

I noticed how much better sex feels AFTER an orgasm. I would describe it as sensitive and passionate. I discovered that AFTER orgasm is a perfect time to be caressed, and loved, and playing a slow jam sexy tune in the background, moving with the slow beat, made me feel like a goddess in a music video.

I’m the type of woman who loves to fantasize… but I will save that story for another contribution. Stay tuned and thank you for reading. I hope you you’ve been inspired to get off the fence and dive deep into your sexuality, and give my tips a try. Hot sex between two loving partners is a beautiful thing.

Well girls, I don’t know what to say. I admit, I almost cringed at parts. But sex is a natural part of life, and if you can draw any tips or inspiration to incorporate into your own relationship, well, that’s the goal. I think we’ve still remained true to our slogan, REAL INSPIRATION FOR THE MODERN WOMAN! 😉 I’d love your feedback– good bad or ugly. As always, you can comment anonymously. Have you, or would you try any of these sex tips? Spill the beans!

How To Stay Motivated While Working In The Summer