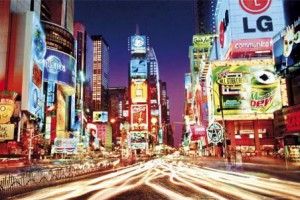 When I was 18 years old, I would hop into a sleek black private car around 11 pm every night. I’d wave my cigarette magically in the air and ask to be taken to the Soho Grande.  The driver would speed off into the dark, bustling night of New York City. Slumped down in the grey leather seat, I’d peer out over the side, so just my eyes were visible through the window. Bright flashing lights everywhere, blurring the images of the young college student’s advertising of the normal after-hours college scene that I wasn’t a part of. The horn would honk, the brakes would slam and I would try not to puke as we swerved in and out of traffic. Another drag of the cigarette, ashes spilling on my bare leg. My cell phone would flash: 10:58 pm. The car would come to a screeching halt and out I’d step. One foot in front of the other. I’d make my way to room 603 and knock. Hike up my skirt, poof up my hair, pucker my lips– “Hi, I’m Michelle.”

When I was 18 years old, I was a drug addict and a high class escort in the city of Manhattan. I gave up control of my body every single night, without a second thought. Now, I’m 21 years old, married, sober, and pregnant. The last three years of my life have aged me, and although I’m still young, I definitely don’t seem like it. Finding out that my husband and I were expecting a baby recently was the most joyous moment of my life. For the first time in my life, I was actually looking at a pregnancy stick and praying that it said positive. Before, I spent countless hours in the bathroom of my dorm room (more formally known as Marlton’s crackden) praying for the exact opposite. But every month during this time, I never knew what to expect. I  always used protection (at least I think I did, though most of the time I was hardly conscious), but throughout my life, I had come to learn that accidents still happen. Actually, my life had become the biggest accident of all.

I didn’t mean to become a prostitute. When I arrived at the front steps of a cute little brick building in the heart of the West Village of Manhattan in September 2008, life was full of promise. I was starting my first year at a private university, my first choice school. After a tumultuous high school experience, a volatile relationship with my father, battling depression, anxiety, drug addiction and the highs and lows of a very abusive relationship, I had every intention of creating a new me. Despite having clung to this boyfriend who abused me, all to fill the void of the male attention and adoration I so sincerely was lacking from my father, this would be my fresh start.

So as I stood in my new dorm room, my dreams of having all the friends, the sexy boyfriend and the great job seemed like a very real possibility. Within the first month of school, I was dating the hottest (in my 18 year old opinion) guy, I loved my classes, and was working for a wealthy family in the East Village. But everything changed quickly. I had landed all of the “things” I thought would make me a better me, but I had forgotten that the outside things would never change me on the inside. I had forgotten that all of the pain I had experienced throughout high school was still right there, wound up tightly in a little ball in the center of my heart.

But after a frightful weekend in Vermont that left me battered, dizzy and utterly lost, the only thoughts I could put together were irrational ones. I had completely lost control of my life in such a short amount of time. My dream of being that”new” me had completely crumbled before I could even blink.  My mind told me that the only way I could get what I was looking for, was if I was in control. I had lost control over my emotions, but I at least had control over who touched me and when. After clicking on an advertisement for “high class escorts” (now that can’t be THAT bad, can it?), I made my way to Astoria, Queens to embark on a journey I’ll never forget, even though I can’t remember much of it. I spent 6 months in New York City, swallowing pills and spreading my legs, dying slowly and dying quickly all at the same time. There was a big hole, and no amount of hundred dollar bills or you’re so beautiful’s could fix it.

In January of 2009, when my cocaine dealing boyfriend of the moment, who I happened to be living with, found out I was selling my body, he gave me a few good punches. As I lay on the pull-out couch in a dusty apartment in lower Manhattan, I wondered how I had gotten there, as each punch landed on my sick, bony body. Why does it feel so good to be wanted? Why does it make me not so frightened to know that my boyfriend is capable of causing physical harm, even when that physical harm is intended for me? Why, God, why do I keep doing this to myself?

Two days later, my head still full of questions and drugs, I boarded a plane back to Los Angeles. My mother and younger sister met me at the gate and the only thing I could think of was ‘thank God he didn’t hit my face’.

As I got sober, I had a very difficult time looking people in the eye and explaining where I had been for 6 months, not just physically, but emotionally as well. When the drugs were flushed out of my system, my former self was brought back to the surface. ‘Ah, there she is. Our little girl, she’s back’. I tried to explain what I had been doing, but even I couldn’t make sense of it. I really wasn’t me when I was full of cocaine and vodka. I wish I could talk to her now, the me in New York City, wearing hardly anything, thinking that one man’s touch would fix it all. I’d tell her that she doesn’t have to. She just doesn’t have to.

Over the past two years of getting sober, I’ve spent endless hours in therapy and countless nights in meetings at Alcoholics Anonymous. I’ve worked my ass off to change me on the inside. My dreams no longer consist of the perfect friends or the perfect shoes, they consist of honesty, hard work, and accomplishment. What makes me the person I want to be, is the effort I put forth each day, working 100 hours a week to pay my way through school.

Today, I’m 9 weeks pregnant with an amazing husband. I didn’t mean to become pregnant. I would never call it an accident, but it wouldn’t have been the first path I’d have chosen for myself. Though my body hasn’t changed that much yet, the obsessive thoughts that I don’t have control over the changes coming at me, have kept me somewhat anxious. It’s hard to remember that you’re a beautiful woman when your boobs hurt just thinking about them, when you wake up with two more zits than you went to bed with, and when you spend 80% of your time in the bathroom because you’re afraid to be too far from the toilet. It’s hard to know that in a few months time, you’ll need a new wardrobe and you won’t be able to see your toes. It’s hard to know that your body is not fully your own anymore, that you’re now sharing it with someone who needs it more than you do.

But the one thing I’ve learned during my 21 short years on this planet, is that you have no way of knowing where life is going to take you– whether it be a back alley at 4 am with three men you don’t know, or a work conference that you’re genuinely interested in being at. If I was in control of my life and where I was headed, lord knows I wouldn’t be here right now, telling you this. If it were up to me, I’d be in a much darker place.

With the help of powers greater than myself, I’ve learned to live life on life’s terms. I’ve learned that sometimes in life, bad things happen as a way to make you stop, and change directions. I’ve learned to accept the good with the bad and to not put too much pressure on myself to be “better than.” Through all of my ups and downs and countless mistakes, I’ve since learned to do one thing perfectly – love myself.  Once I started to love myself, everything good began to fall into place.

If there is one thing I hope you take away from my story, it is that acceptance and self-love is the first step to healing… in anything.

For the sake of preserving Jane Doe’s identity, there is no bio for today.

Readers, tell us your thoughts after reading Jane’s story. What can be learned from this path of tremendous destruction and despair, and now new hope and happiness? Can you relate to any parts of her story? Feel free to comment anonymously.

What You Can Learn About Life Through Business