I moved to Los Angeles from Seattle ten years ago with a mediocre body image.  If I exercised and ate right, I felt better. I never had a six pack or anything like that, but I still thought I looked okay. Then, when I arrived in Los Angeles (otherwise known as La La Land) and started pursuing acting, the way I ‘felt’ wasn’t gonna cut it according to my agents and manager.

Whether I was in my agent’s office or at an audition, generally nobody needed to say anything to make me feel like I was ‘thick.’  The other waify white girls in the audition waiting room, in my agent’s office or in my acting class made me look huge in comparison. Still no one said anything. But then, when you don’t get any work, you start to hear ALL the things you can change about yourself– all the things wrong with you, “You’ll need to drop weight if you want more work in this town.”  I convinced myself that it was a “business decision.”  That I was perfectly fine with my body no matter what it looked like, but that I just needed to have it look a certain way in order to get the jobs I wanted. That’s all. 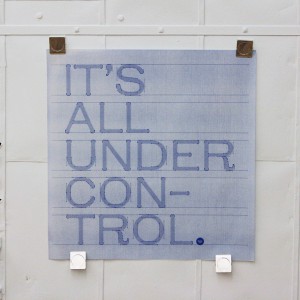 I got a job teaching exercise classes at a few local gyms and within one year I’d lost 25 pounds.  I taught spinning classes for an hour at least three times a week, body conditioning classes at least once a week. I’d swim a mile after my spin classes and I wrote down every calorie I ate. I kept an exercise diary too. Logging all this data for myself was highly effective but also utterly insane. It was as if my body was a credit card that I charged calories onto every time I ate.  Each time I exercised, I’d bring my balance down to zero and if I wanted a dessert I looked at it as too expensive.  I started to feel an obsessive-compulsive behavior arise in me that made me hardly recognize myself.

Right around that time I was in another transition. I was subletting a furnished apartment from a girl I waitressed with while looking for a place of my own to move into. In this tiny apartment I briefly stayed in, she had pictures up all over the walls of underweight models from magazine ads.  Then she’d cut out a picture of her head and tape it over the heads of these models.  To me, this made it clear that her obsession with being skinny was destructive. It actually scared me and made me question my own behavior —  was I headed down the same path?

Miserable inside, but excited with my progress, I scheduled a meeting with an agent that I was hoping to sign with.  “Maybe just 10-15 more pounds,” he said.  I just couldn’t figure out where it was going to come from except muscle mass and my booty (which was the one thing I was not going to let go of!)

As I left that office in the posh part of town and I began my journey back home to where I lived, which was a not-so-posh part of town, I noticed something shifted as I traveled across the city.  It was the way people looked and talked to me, that I noticed dramatically changed from neighborhood to neighborhood.  The way I was perceived would change as quickly as the areas of Los Angeles do. 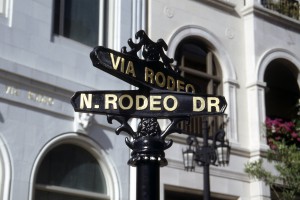 I noticed that if I’d strike up a conversation with someone in my neighborhood (man or woman), I never felt disrespected. And I started to notice a connection. Obviously, my physical body structure didn’t change as I traveled from Beverly Hills to South Central, but the demographics of each area seemed to have opposing views on what’s beautiful. Rodeo Drive acted like my curves were grotesque, while Martin Luther King Blvd practically treated me like I was petite! I’ve actually always wanted to write a funny song about this where, in the music video, as I’m walking from one neighborhood to the next, my body transforms too. By the time I’m in the ‘snotty’ party of the city, it’s as if I have a fat suit on.

After working heavily on my self esteem and inner strength for years, I now know that the most important thing is to have a solid understanding and appreciation of who you are, so that you don’t get lost in other people’s perceptions. So that you don’t let OTHERS dictate your self worth to you. I know now that we must always strive to achieve and maintain our ideal physical (and mental) health without comparing our results to anything else’s but our own previous results. However, I’d like to mention that there is also something to be said for being too forgiving and using the, “I’m beautiful no matter what” mentality as an excuse to let yourself make unhealthy decisions. The solution lies in the middle, in finding that balance for ourselves between staying healthy, and yet not losing our passion for living (even if that includes chocolate sometimes!)  And when we can exist in that window, we must recognize it, acknowledge it, own it, and ROCK IT!  Because if we don’t, chances are in a few years, we’ll look back upon this time and say, “You know, I DID look great, why was I so hard on myself?”

Today, I make my own music videos and film projects and I try not to let anyone dictate to me what I need to change about myself to be “good enough.” After a long hard road, my body image has come full circle and I am finally back where I started. It has taken me YEARS to finally love and accept myself, but it’s a journey to self discovery that’s well worth taking. 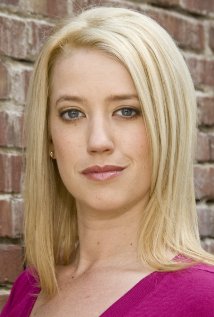 Naomi is an actor, voice over actor, singer and host. A Seattle native, she moved to Los Angeles for a career in entertainment in 2002 and has since worked in film, television, radio. You can visit Naomi at www.NaomiMercer.com.

What Naomi said at the end was the pivotal “on the fence” issue for me – how do we know when to push ourselves to eat right, exercise and stay healthy, and when do we honor our body and how tired it may be, and allow the excuse to skip the gym, or indulge in McDonalds (my guilty pleasure). I always struggle with that fine line between, “Screw it, you only live once, I’m having the Big Mac!” and “Erica, you must push yourself today to go to the gym, eat right and be good to yourself.” I definitely straddle that fence. Anyone else? What do you think?

To Marry For Love or Money?