The weeks following my knee reconstruction surgery were littered with sleepless nights. I was practically immobile; a leg brace appropriate for a 6-foot man restricted my every move. My mom set me up in the main-floor bedroom of our summer lake house. Though the mattress and bedding were plush, sleep wasn’t an easy feat. I was frustrated, emotionally and physically. I wanted to be wake boarding and training for collegiate soccer preseason and playing beach volleyball and running from the cops at parties with my friends–not swimming laps in a geriatric jog belt while my leg flopped around.

So by 3am, hours after my dad finally retired from his couch watching the news and old Western films, I’d lay awake, the active moon illuminating my bedroom even through closed blinds. A flatscreen television was mounted on the wall, and I’d channel surf for hours, pissed off at every infomercial that had replaced movie reruns. But then one night, I stumbled across “after hours” HBO. I no longer cared about my romantic comedies.

I watched a woman undressing in front of a man, who was reclined, his eyes telling her that she was his. Soap opera music played in the background; dialogue was sparse. She took him in her mouth, and did all the things of which my sexually inexperienced 18-year-old self knew very little.

As she moaned progressively louder, I turned the volume of the TV progressively quieter. With my eyes glued to the screen, I intently listened for footsteps on the staircase from my parents’ bedroom.

I saw him, the part of a man I had never really seen. I saw the way he grabbed her hips and breasts. I noticed my breathing deepen and quicken, my hips involuntarily grinding the air.

Something I had never watched. Something that was off limits. Like the backroom of Blockbuster that was separated by a beaded curtain where my friends, sisters, and I would run in and out, playing our childish games, knowing the contents inside were forbidden.

It soon became my nightly ritual, something to look forward to, something I discussed with no one. I wondered if my dad would scrutinize the cable bill and see an influx in late-night HBO watching and find out my secret.

As soon as I was more mobile, my desire for my new show dissipated.

By high school graduation, I had only just kissed a boy a couple months before. But slowly I became more sexually experienced. Kissing a few more boys, doing a bit more here or there. And I realized nothing compared to physical affection and touch. Watching a video that was staged and fake—the way the women moaned, whimpering, the way the men never pleasured them, the way there was no romance—I wasn’t into it after I got a taste of the real thing.

So here I am, 30 years old, in bed with a man I met months ago when I first moved to San Diego, and he can’t get an erection. Today is the fourth time he’s been over. (In fact, he’s the only man I’ve slept with since I moved to the West coast.) I quickly use the bathroom to pee and when I return, he announces, with phone in hand:

He narrates what each video offers:

I sit back, watch him do his thing, and grab a napkin to wipe it up. I say things like, no problem, nothing to feel uncomfortable about, watch whatever you need—just so I don’t feel anymore awkward than I already do.

I realized years ago how fake pornography can be, but in this moment it hits me as hard as the man’s hand who slapped the woman’s ass in the foursome video. The man on my bed has become completely desensitized because of these videos. He isn’t excited by my naked, fit body; sex without the visual aid isn’t pleasurable enough.

For many, pornography is a visual aid, and because men are visual creatures, it seems like using it could be a great additive. But that’s the problem. It’s supposed to be an “aid,” not a replacement.

Our overuse of pornography is just one more way we are disconnecting from human connection.

There is nothing worse than laying next to someone and feeling alone.

It’s like scrolling through Instagram and seeing all the women, perfectly posed, flawless, and believing that is truth. That women don’t have emotions and don’t have physical flaws and don’t breakout and don’t want to be romanced and satisfied. Women are here just for visual pleasure—inanimate objects.

When the man on my bed admits, “I think I have a problem,” I wanna say, yea, you’re addicted to pornography. The real thing is not enough.

But for many, self doubt is a typical side effect.

Instead, I wonder: What is wrong with him?

I’ll stick to snuggling Monkey instead! 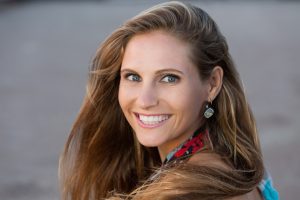 Sabrina Must runs SabrinaMust.com where she uses the written word to inspire others to be authentic and raw. She is also the author of Must Girls Love, a memoir, and the Living Witnesses Holocaust Survivor series. Having lived on 3 continents, in 5 US cities, and traveled to over 30 countries, you can always find her playing sports, surfing, and biking around town with her tiny pug Monkey.

You know we always GO THERE on this blog, and I thought this topic was important to cover, especially for us moms of teenage boys and girls. I’ve read a lot about desensitization to pornography and I even know of teen boys in my community who are getting testosterone shots due to their inability to “get it up” when they are actually with their girlfriends. This is very disturbing to me. Please let me know your thoughts. Feel free to comment anonymously.

Wisdom Wednesday: Are You A Blamer?