I never set out to be a single mom. I’m not sure that many women do to be honest (despite what the media might like us to believe).

I always wanted to be part of a family, part of a close-knit group of people who looked out for and loved each other. I didn’t experience that growing up; I was abused by my grandfather at the age of 5, my grandmother told me not to tell anyone as I’d be taken away and, when she thought I had told (although I was too frightened to tell a soul), she tried to drown me in the garden pond. That was the start of the sexual harassment and abuse I encountered both inside and outside of my family, over many years.

I grew up being told that no one liked me, loved me, or wanted me. That no one thought I’d achieve anything and that I was stupid and hopeless. Although school was my sanctuary, and I loved it, I didn’t do very well academically due to a series of undiagnosed learning difficulties. I left home the day after I turned 18, got married at 19, had my daughter at 20, my son at 22, and was divorced by 25.

By that point, I was sure I was going mad, my memories of my earlier abuse were starting to raise their ugly head, so I left my children with their dad after he threatened to walk away and never see them again if I took them with me. After a half-hearted suicide attempt, made due to the grief at the loss of my children, I threw myself into work to numb the pain.

I became very successful at work, because no one fed me negative and bitter comments; in fact, everyone encouraged me. I realized I was good at quite a few things – sales, marketing, giving presentations – and that people really liked and trusted me. This confidence spurred me on to bigger and better jobs, and by the time I was 30, I was working as a Sales and Marketing Manager for a dotcom in London.

I’d also met my soon-to-be husband. Younger than me, a little rough around the edges, but charismatic, he told me everything I wanted to hear and within six months we were living together. We got married in 1995, with our four respective children as bridesmaids and ring boys, and two years later our son was born. In 2000 we started our own business, which became very successful very quickly; we bought a big house in the countryside, drove fast cars and went on wonderful holidays.

I was so happy. My daughter came to live with us when she was 13, and my world couldn’t have been a better place. I had my precious children, a loving husband, and I ran a successful business that satisfied the bit of me that was passionate about work. I had finally achieved the family I had always wanted.

And then at the beginning of 2005, I found out that my husband was having an affair.

A couple of months later I found out that it was with my 17 year-old daughter.

It was like having a bomb going off in the middle of my family, and tore us apart. I confronted my husband, and he denied it but it was obvious from both of their behaviour – and the situations in which I found them – that it was the truth. I asked him to leave, and he took my daughter with him.

In the weeks following, I lost my house, my business, my income, and my car; he took everything I had and left me with nothing. I realized that what he wanted was to see me in bits on the floor, to be able to say that I couldn’t survive without him – and I wasn’t going to give him that satisfaction. I dried my tears and picked myself up, got myself a job, bought an old car, and told my boys that we were going to be the best we could, as a team of three.

Within a year I was running my own business again, this time as a single mom. I then re-trained as a teacher and started working with teenagers who wanted to run their own business, supporting them with getting their ideas of the ground and into action. I’d found my vocation. I met a new partner, around the same time, who seemed on the surface to be someone who had a lot to offer; a single dad, funny, and kind. Within a few months he turned out to be the absolute opposite; he would talk to me with his hand round my throat, tell me I’d never leave him because he’d cut me into tiny pieces and bury me in the garden, and I found drugs hidden away in the house. A month later, he hit me.

With the help of the wonderful charity, Women’s Aid, my son and I were given a room in a women’s refuge and when the door shut behind me, it was the first time I’d ever felt truly safe. I finally realized that I was worth something – enough for total strangers to want to save me – and I wanted to make that count.

Today, eight years later, I work with women who want to start their own businesses, and have supported hundreds. I’m the author of the best-selling How To Be Your Own Boss As A Single Mum, have advised the UK government on enterprise education in schools and colleges, am an award-winning teacher, and set up a charity The Juno Project, that works with girls who have been, or are at risk of being, excluded from school.

I am driven by an absolute need to stop abuse in families. I couldn’t save my own daughter, not least because she didn’t want saving, and I miss her every day. Working with the girls helps me to heal that pain, and supporting women who have experienced similar things to me helps me to make sense of my own life.

My tips for life:

Resilience resides in us all. 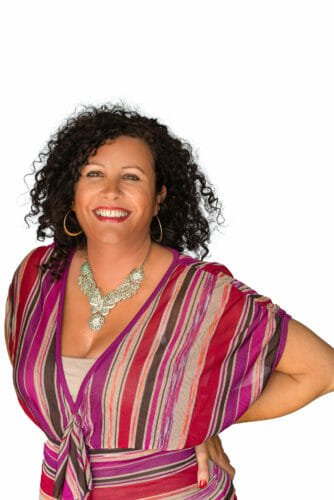 Named as one of UK broadsheet The Independent’s 20 Extraordinary Women of 2017, Ali Golds is a coach, speaker, and author who helps women to achieve their best – both personally and in their business.

Ali has worked with start-ups through to multi-million-pound companies, as well as advised awarding bodies and other leading education based organizations on enterprise and entrepreneurship. This culminated in being appointed lead adviser to Lord Young on a UK government review of entrepreneurship education, ‘Enterprise For All’, in 2014.

Ali specializes in coaching female founders, particularly single moms and women who’ve experienced challenges including domestic abuse,  and she is passionate about empowering everyone to achieve economic independence.

In addition, Ali Golds is the author of the best-selling book ‘How To Be Your Own Boss As A Single Mum’, and e-book ’88 Ways To Make More Money In Your Business Starting Today’.

Ali also contributes start-up advice and tips for a range of websites and online magazines, as well as a media commentator on business and single parenting issues.

If you have any words for Ali, kindly leave them below. She is the true definition of resilience, as her post is titled.

On The Fence About Cosmetic Procedures? Facebook Live with Dr. Sandra McGill

The Closing of #WomensHistoryMonth and Beginning of Springtime

I Believe You. I Stand By You.