So, this is going to be by far my most serious post and more than that, by far the most meaningful and difficult post for me to write.

The last few months have been an absolute shit show. The world has come to a stop, social issues are coming up left and right, jobs are being lost, schools are being moved to a Chinese owned site that surely spies on you, and nobody has any idea of what’s to come. I think for most people dealing with any sort of mental illness, that last point is the one that’s the toughest. Uncertainty.

People know me as someone who is always joking around, doesn’t take anything too seriously and just usually likes to have a good time. Unfortunately, that’s not always the case. For people who go through similar things, you can probably relate to putting up a shield, especially around friends, to the point it almost becomes an out of body experience where if you can just have a few hours without thinking about all the bullshit, it’s worth it.

Only recently have I begun to open up to anyone about what I’m going through, but for those who don’t know, I deal with anxiety and depression on a DAILY basis. Some days are better, and some days, like the last few weeks have been hell. But no matter what, it’s always there.

Let me give you a little bit of a backstory:

I first knew something was wrong in my university years. While all my friends would be cramming for exams, I wouldn’t be able to. It wasn’t like I didn’t care, it was more just such high stress from knowing what had to be done, that my body would just shut down and do nothing. Eventually, I started seeing a therapist, then another therapist, then another therapist until eventually I decided to stop. Why? Well, I think it’s because like many people with anxiety, I can often find doing the most simple tasks gruelling, and for me, walking 5 minutes to my therapist seemed like the end of the world.

After that, I left school to start working for my grandfather. I’d say on average I missed work weekly because of my anxiety and I owe my grandfather so much for always understanding my circumstance and being there for me even if it didn’t look good on him.

During that same time in 2018, I was given medication to deal with the anxiety, and while it might work for some people, I don’t think it was the right choice for me. Those pills just numbed me out and to be honest, I think crying myself to sleep was better than feeling nothing at all.

After having breakdowns almost nightly for some time (which no one knew about except my mom), I made the decision to pursue what I loved and went to Toronto to study sports media. That decision was the best one of my life, and honestly, might have saved my life. I’ve made some amazing friends, some that I know I’ll always have. For once, I actually loved what I did and woke up every day excited for school (can’t believe that was a thing). Being up until 4am editing wasn’t a hassle, it was a passion.

During that same time, I’ve been able to grow this site and have made some amazing friends, from my co-hosts Nolan and Reid (I mean I never thought I’d one day be eating McDonalds breakfast before the third round of a PGA Tour Event with a pro Caddie), as well as the entire FromTheStadium team. Things weren’t perfect, I still spent some dark nights in Toronto, but for the most part, things were improving drastically.

What I thought was a 5-day vacation to Florida, has now become a several month-long nightmare. I can’t go back to school, I can’t hang out with friends who gave me that escape from my mind, I can’t even write about sports because there are none. All of this combined has brought everything I’ve worked towards fixing, right back to the surface.

Recently, just getting out of bed has been a challenge, then deciding to head to online class, to work, or whatever else I may have is even harder. Honestly, writing this has been one of the best things for me in terms of having a mission, and that’s to help someone else who might be going through the same thing.

I’d give anything, literally anything to not have this. It’s so awful that at times I don’t want to be here, but I try to remind myself how it gets better, because for god’s sake, I really hope it does. (Note: I only used God’s sake because my father Gary isn’t fond of me swearing in posts that will be on the internet for eternity.)

I also know I’m a lot luckier than some others. For one, I’m fortunate to have the most amazing parents. I’m sure it’s really hard on them, but no matter what, they’ve always put me first. Secondly, I have amazing siblings, cousins and grandparents who are always there for me, yet, at the end of the day it almost hurts more because it can make you feel like you’re letting more people down.

This last week is what got me to finally write. Of the 168 hours in the last 7 days, I’ve probably spent 150 of them in my bed, if not more. It’s embarrassing to type, and admit weakness, but now’s the right time. I’d be lying to you if I said I’m fine now and that tomorrow I’ll be out of bed all jolly, because I likely won’t, but that’s what people need to understand. It’s not an overnight fix, but it’s also not something we should be ashamed of.

The uncertainty of everything has been awful, and so many around the world are suffering immensely because of it. The amount of people who will develop mental illnesses is going to sky rocket, and the number of suicides is going to be devastating. We need to get rid of the stigma around mental illnesses, and we need to do it now.

There’s not really a happy ending here, at least not yet, but my final advice for anyone looking to help is: If you know someone who might be having a bad day, send them a text or give them a call because while it might not seem like a big deal to you, it can be a huge deal to them.

People often have a hard time talking about their mental health because they worry they might feel judged or that it won’t be taken seriously. Talking about mental health shouldn’t be taboo, it should be the norm. When you reach out, understand that you might not understand, but that’s okay.

I’m putting this in bold because this means the most to me: For ANYONE who feels they need someone to talk to, feel free to send me a DM on twitter, or if you know me personally a text and I promise you with 100% certainty I’ll be ecstatic to respond and if you don’t have it I’ll give you my number so you have someone who can relate with you and discuss things without judgement, just support and friendship. 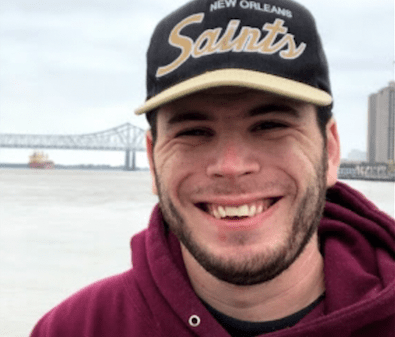 Started a website while I was supposed to be working accounting. Now we’re here. Habs and Saints Die-Hard | Carey Price is overrated and Drew Brees is the GOAT, come at me.

Life Lessons from a Flower

May is Mental Health Awareness Month: Rule of 3

Crushing The Stigma of Depression #LetsTalk

#MentalHealthAwarenessWeek: How Can I Help You?

Ending The Stigma of Addiction